Luckily, this year’s gala at Nebelhorn Trophy was a lot more interesting than the one from last year. Nevertheless, my old skating pal predicted many music choices correctly: „Hallelujah“, something by James Blunt, Ed Sheeran. With the exception of „Music Was My First Love“ every prediction became true. 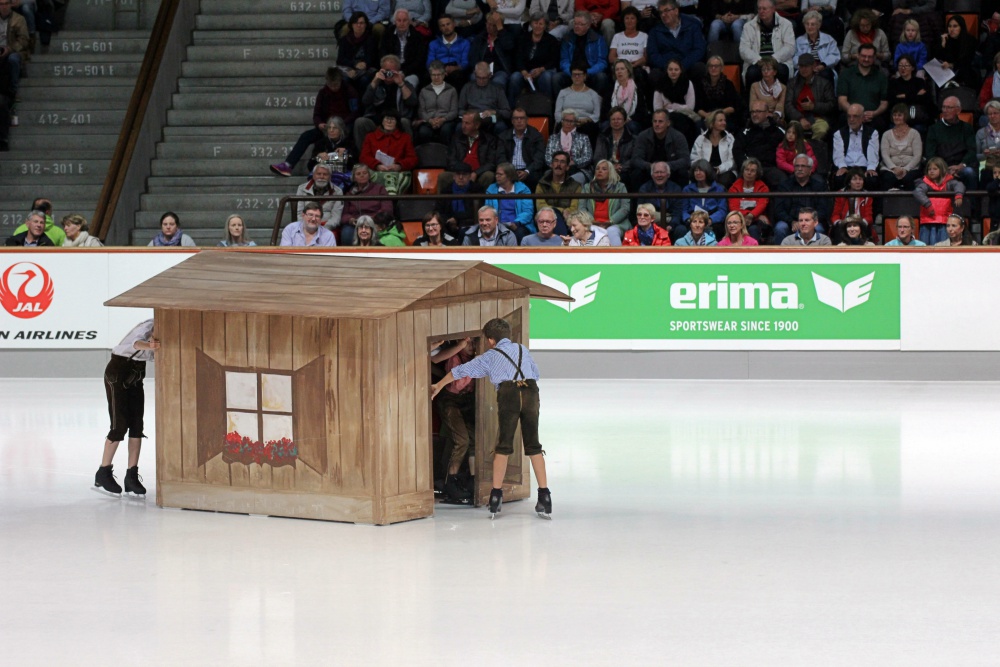 I could not believe my eyes! The had reactivated the little house from the 90’s for the kids‘ number during the opening! This house was present at EVERY Silvester Gala back then. 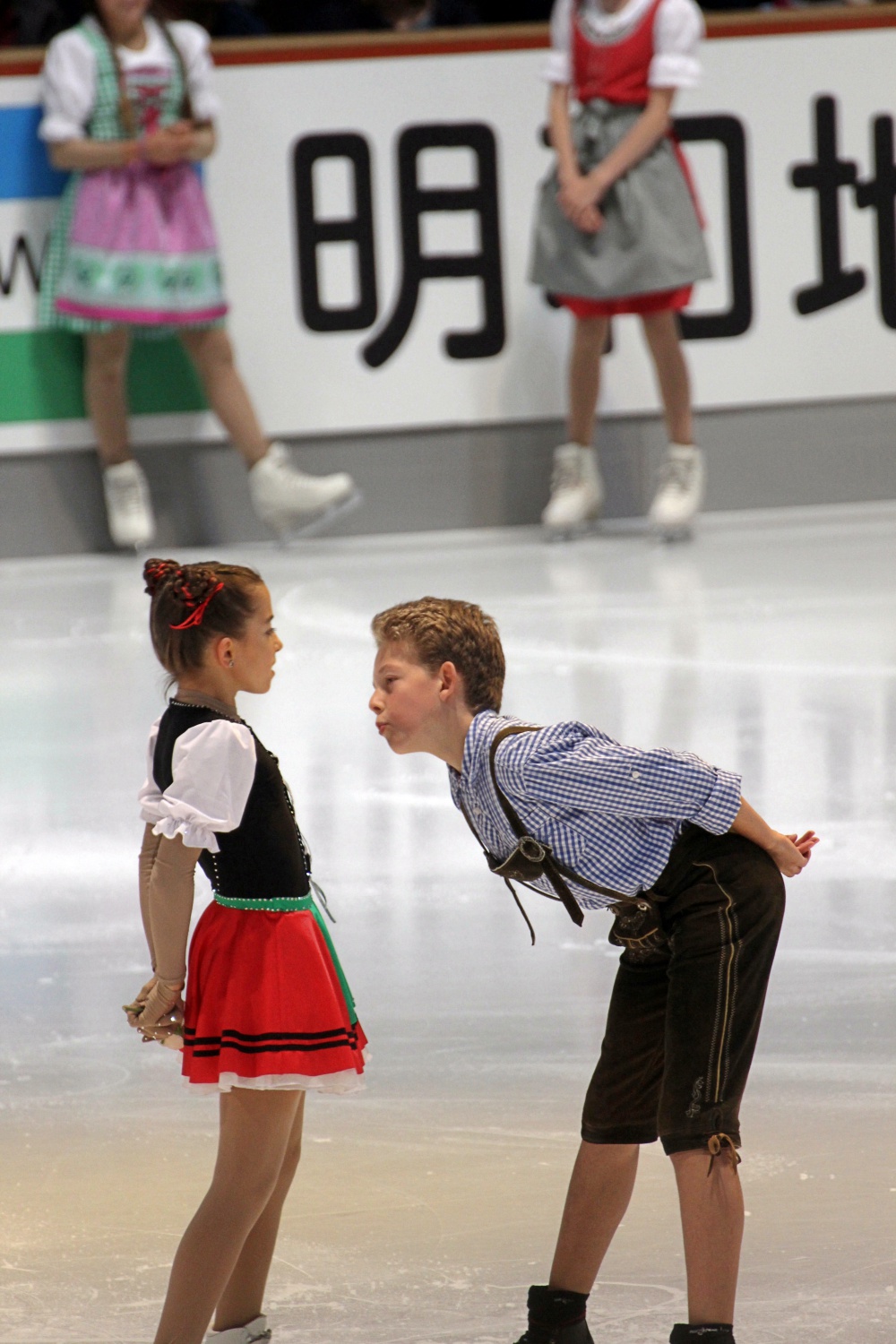 This little girl was by far the most talented skater during the opening. But I don’t dare to predict a bright future. After all, we had also seen Larissa Vetter i.e. as a super talented kid. 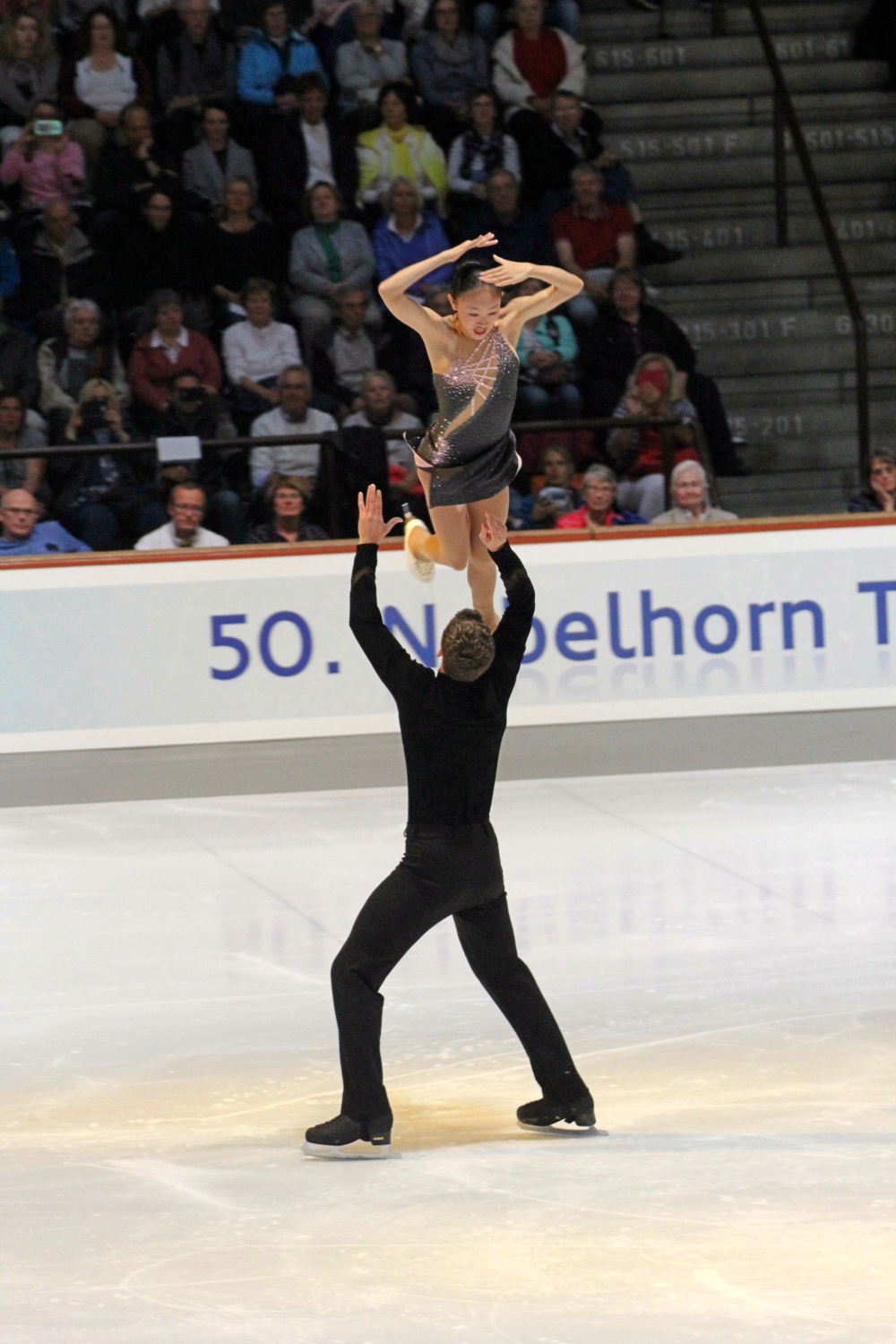 Lu & Mitrofonov – yay for me taking a decent pic of a twist. 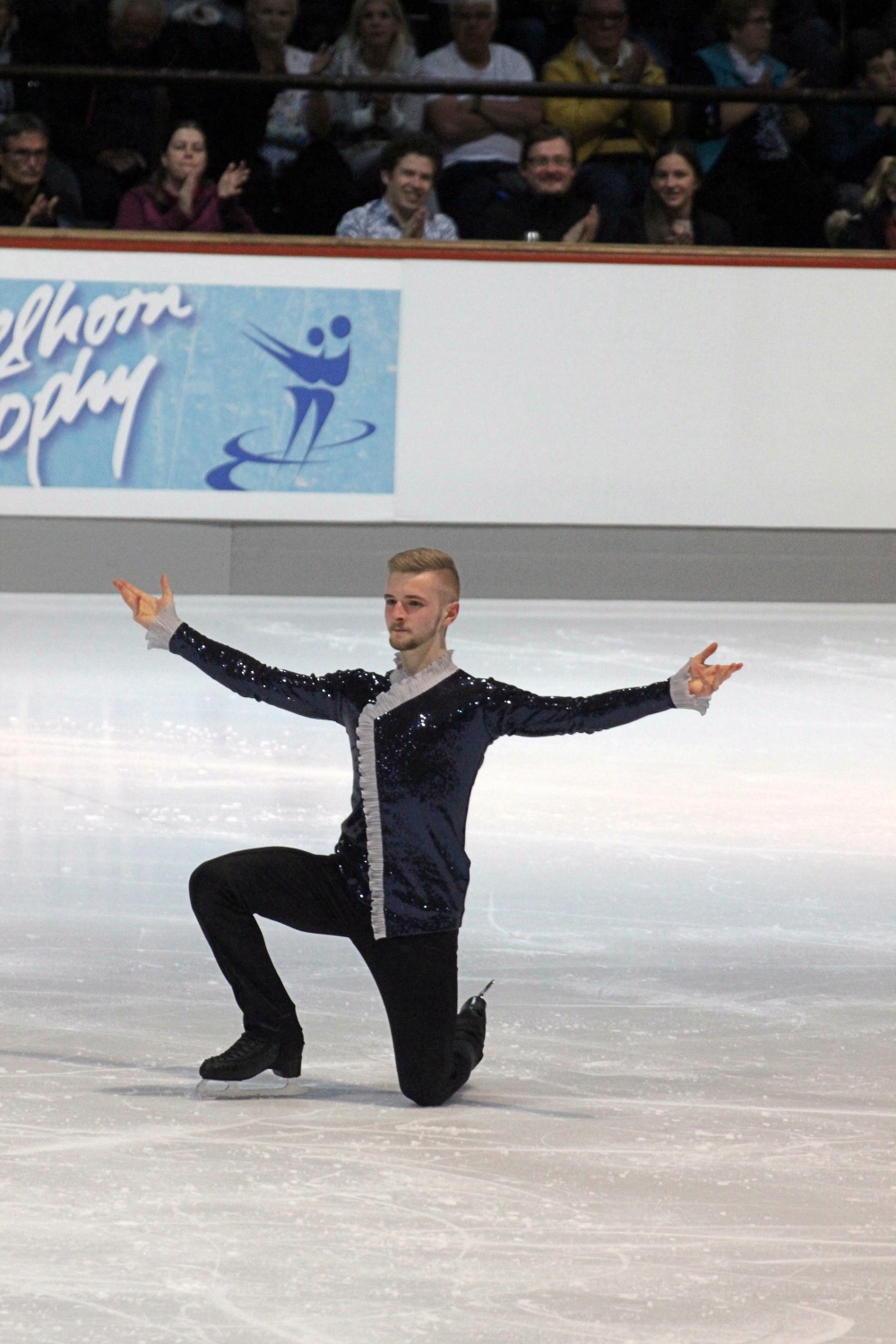 German singles skater Thomas Stoll – I had never seen him before. 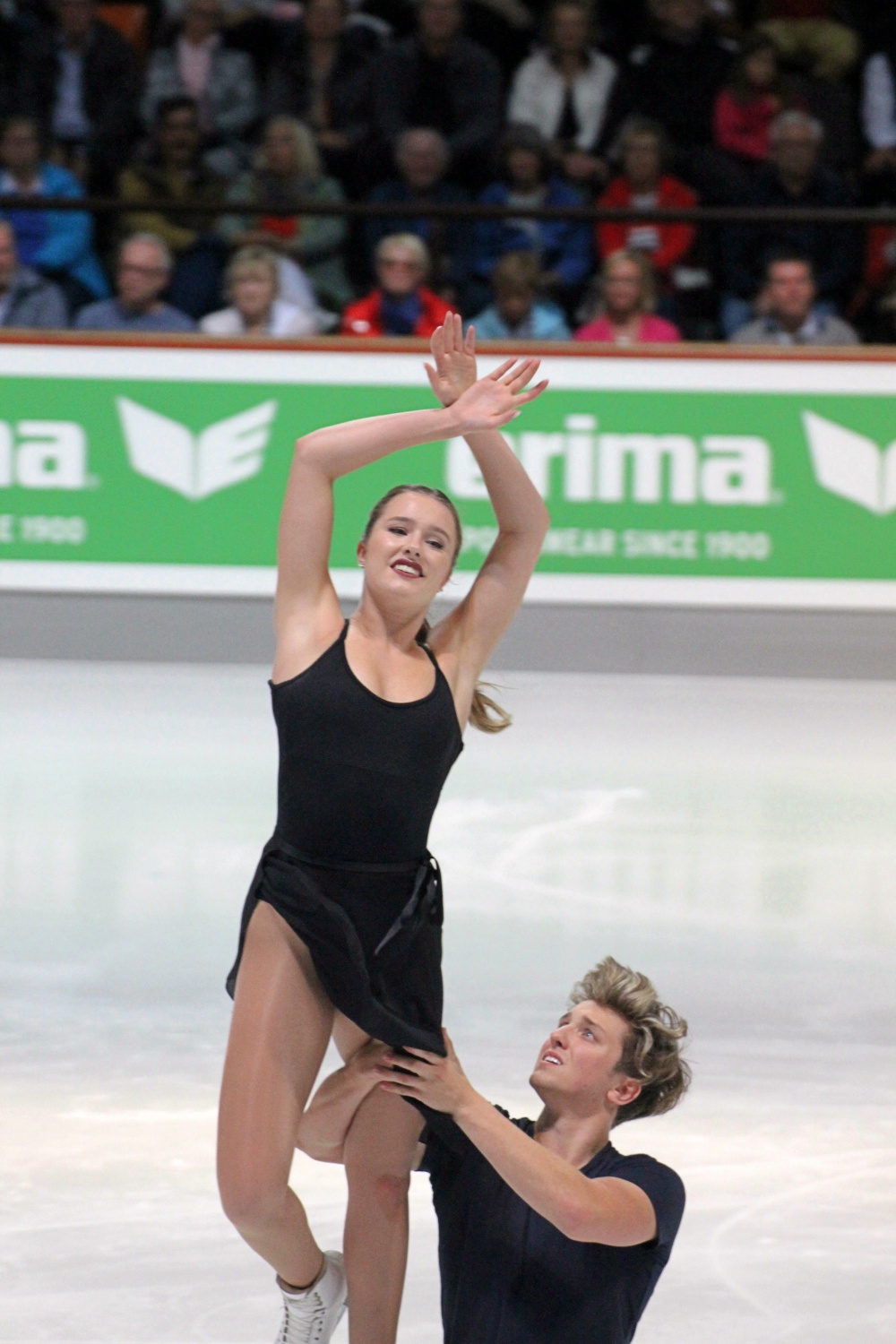 Carreira & Ponomarenko – theoretically, they are fabulous couple. Practically, they chose some of the most boring exhibition music EVER. 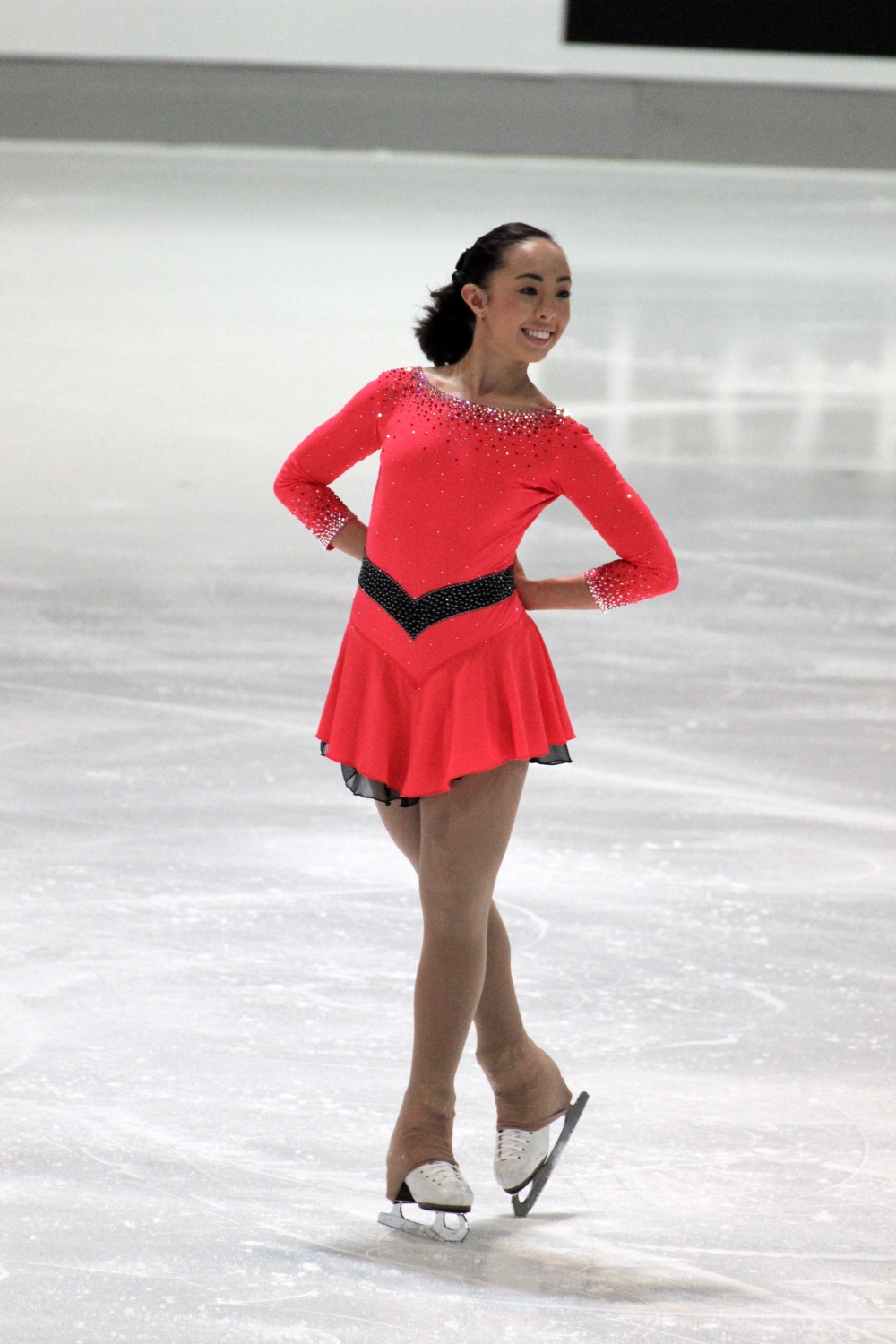 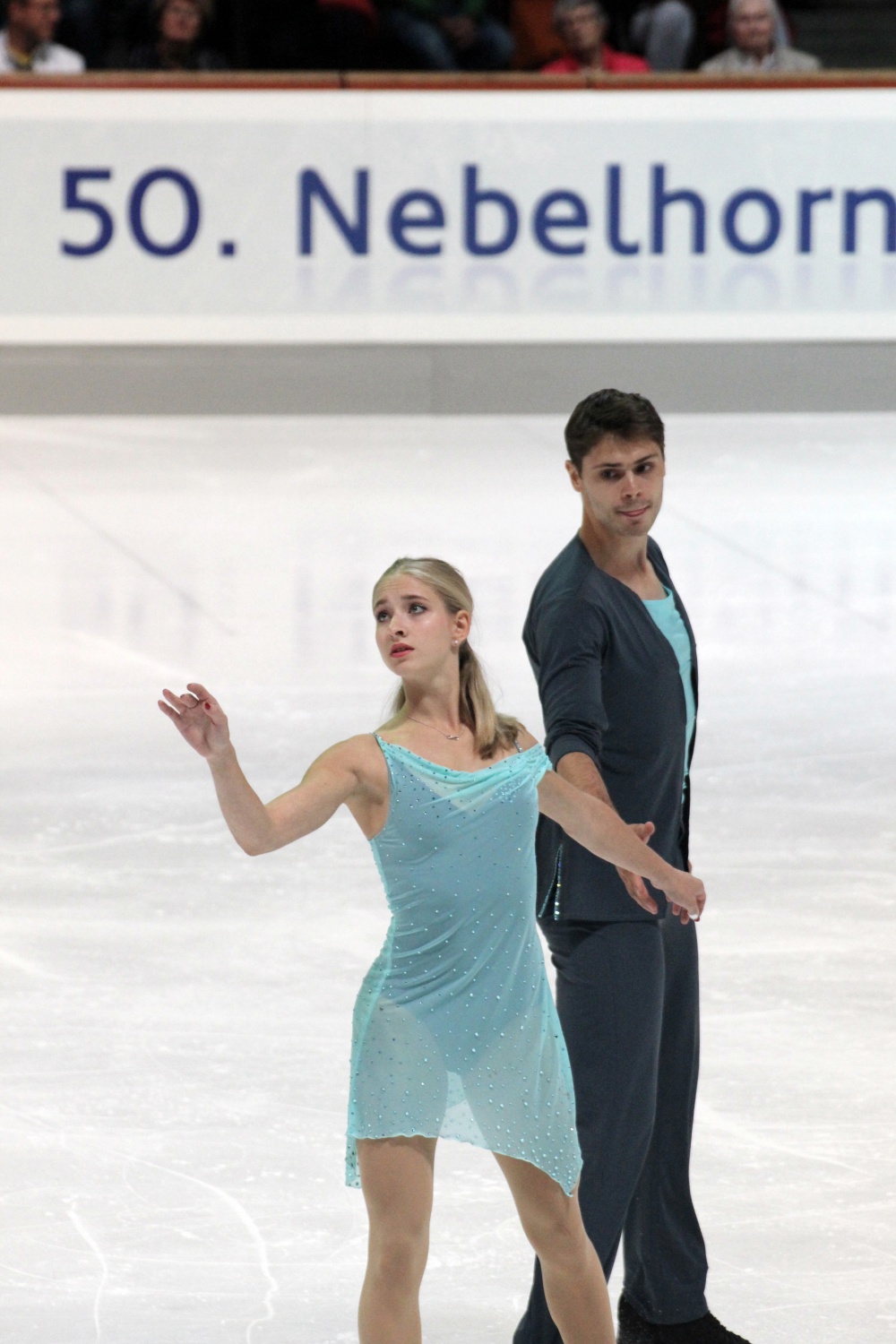 Hase & Seegert – they make a very cute couple. Like even one of my non-skating friends commented. 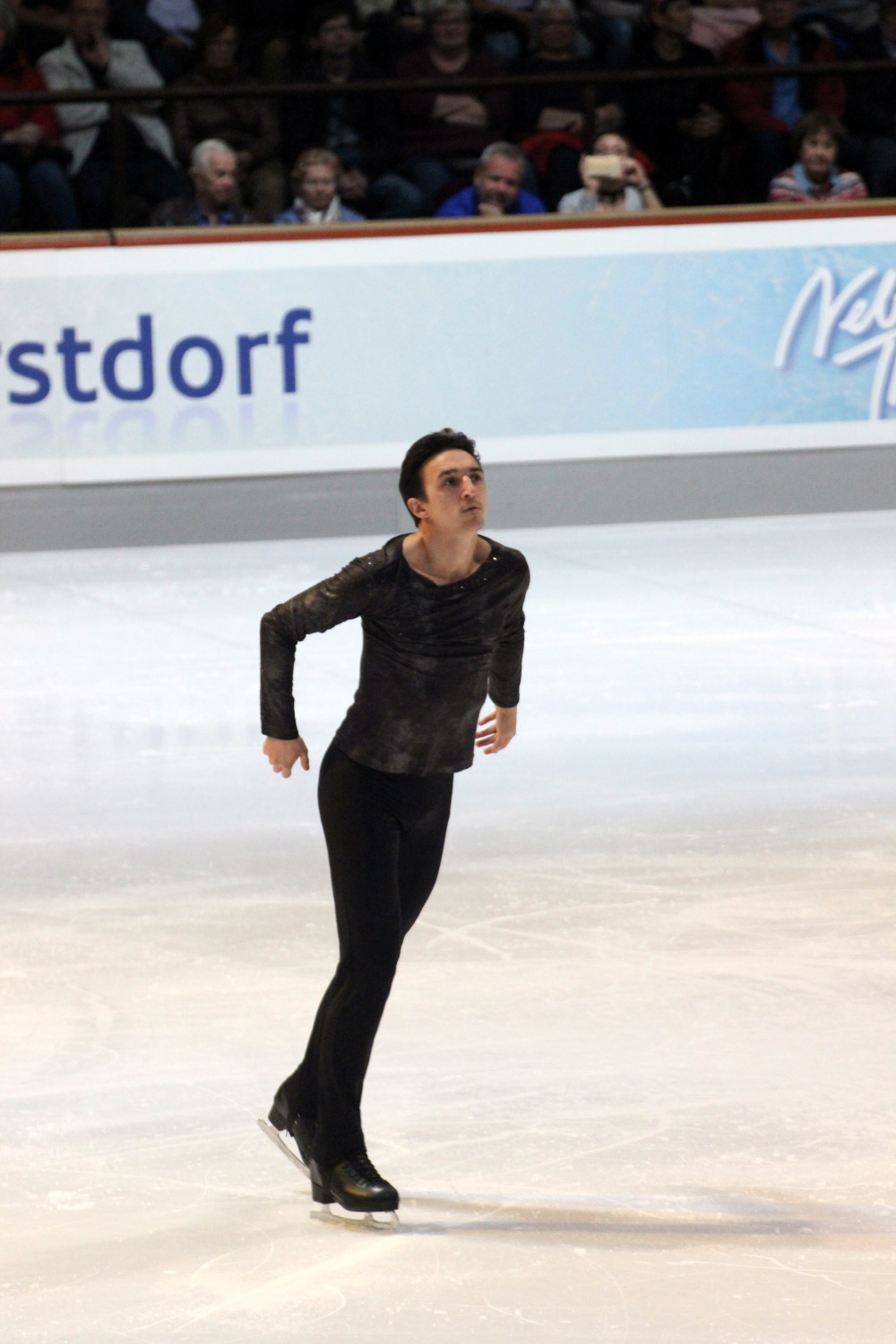 Artur Dmitriev. He has usually a very strange posture and facial expression. Like he hates being out there on the ice. 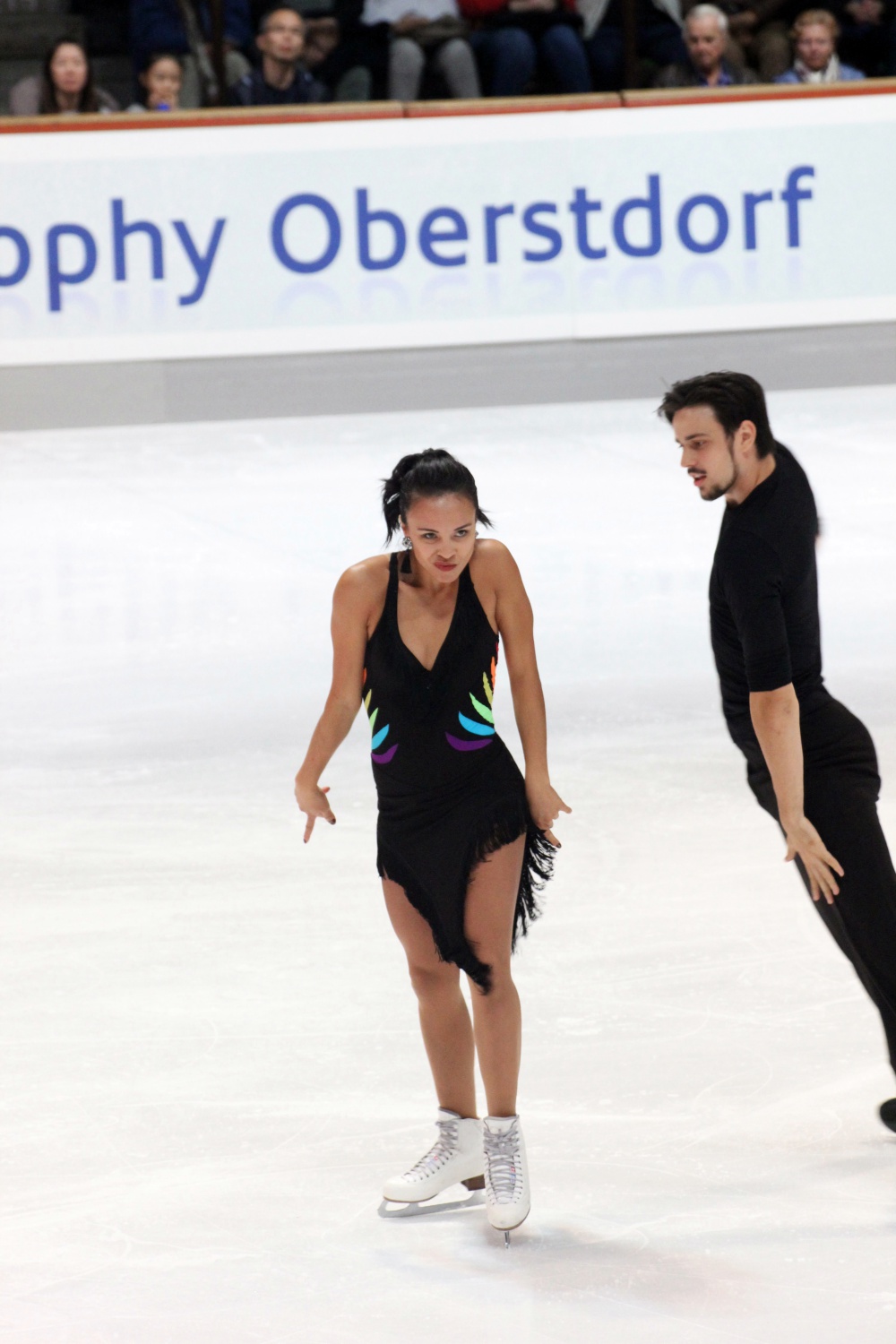 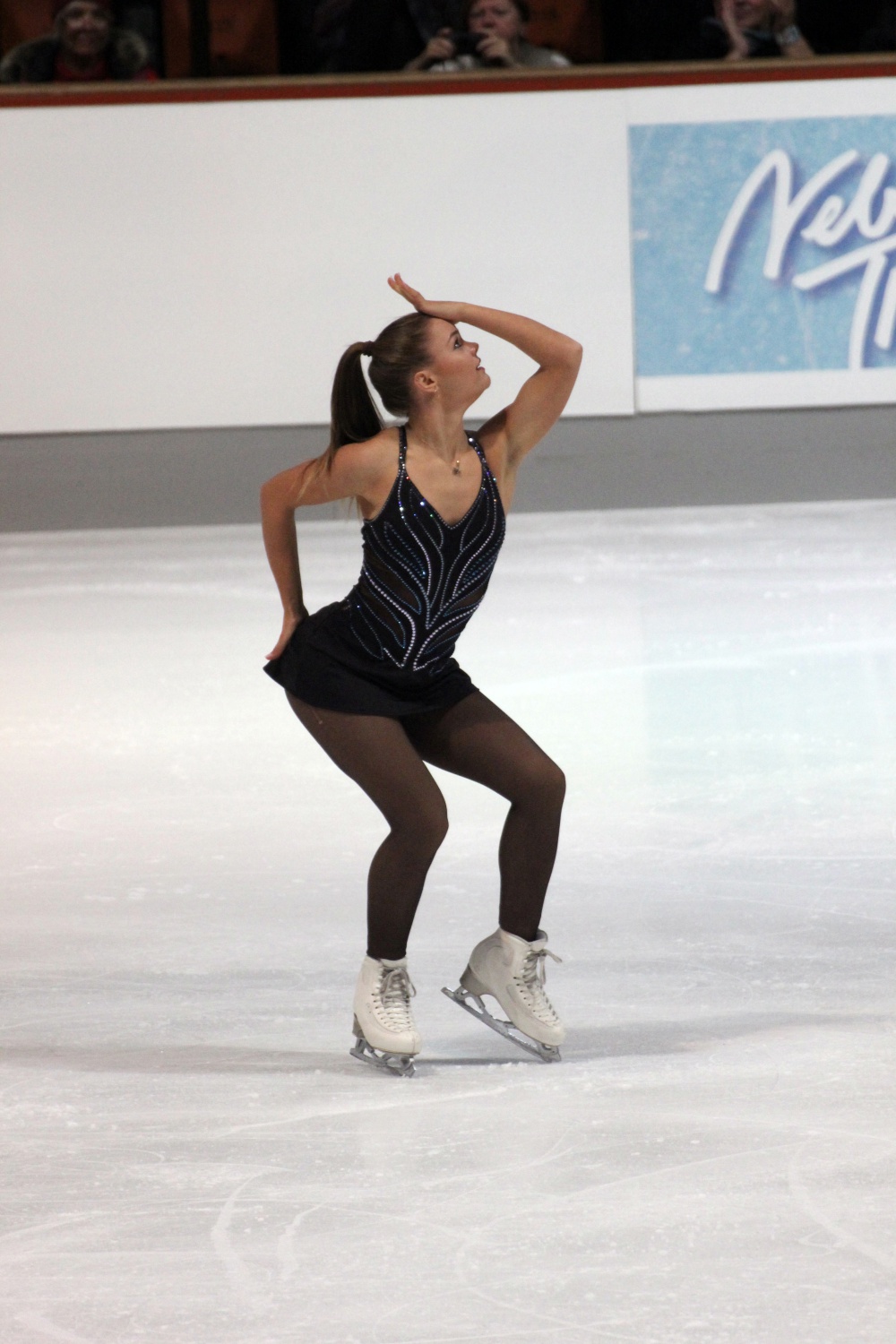 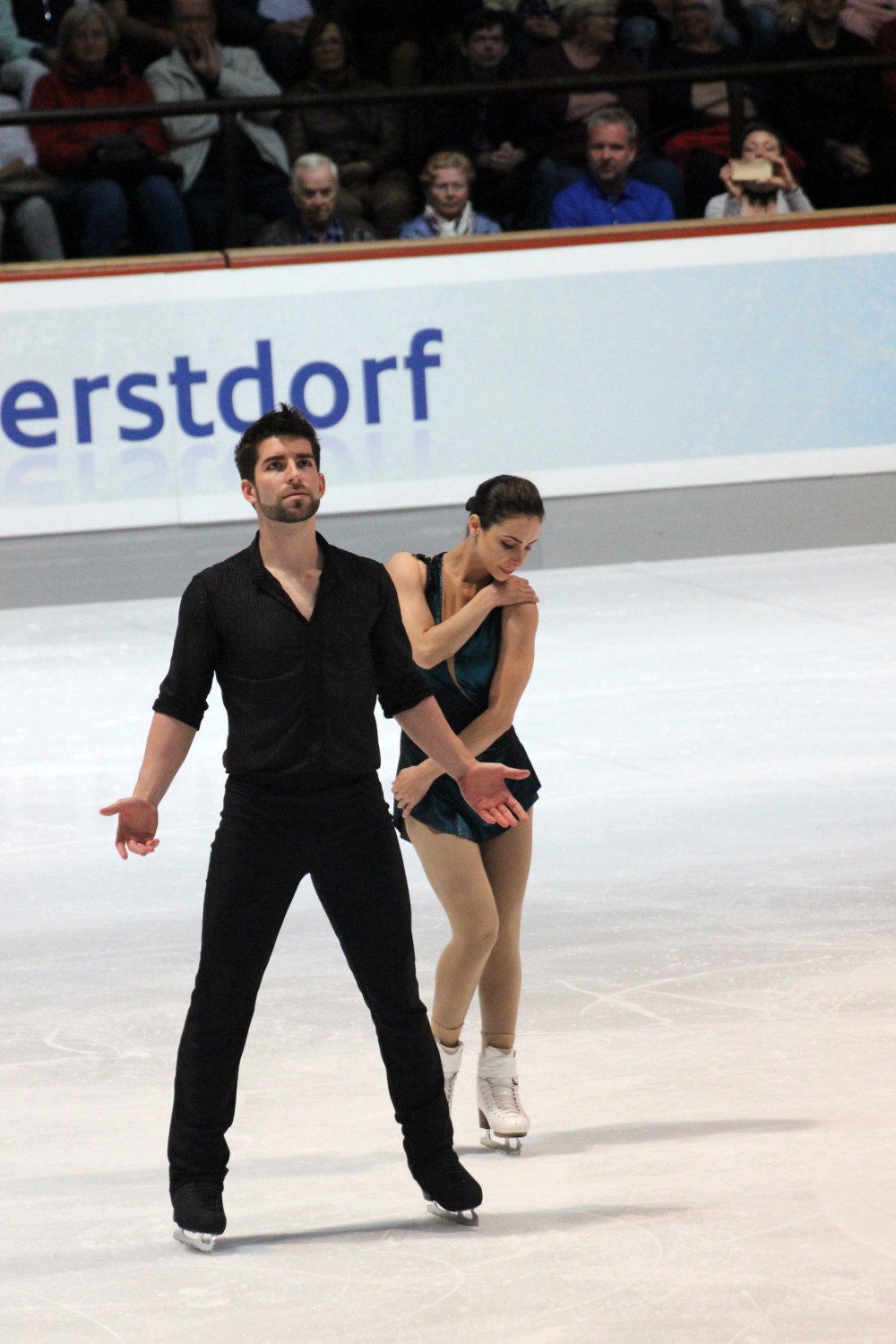 Stellato & Bartholomay – she looks fabulous as a pairs skater and he seems to be a very reliable partner. 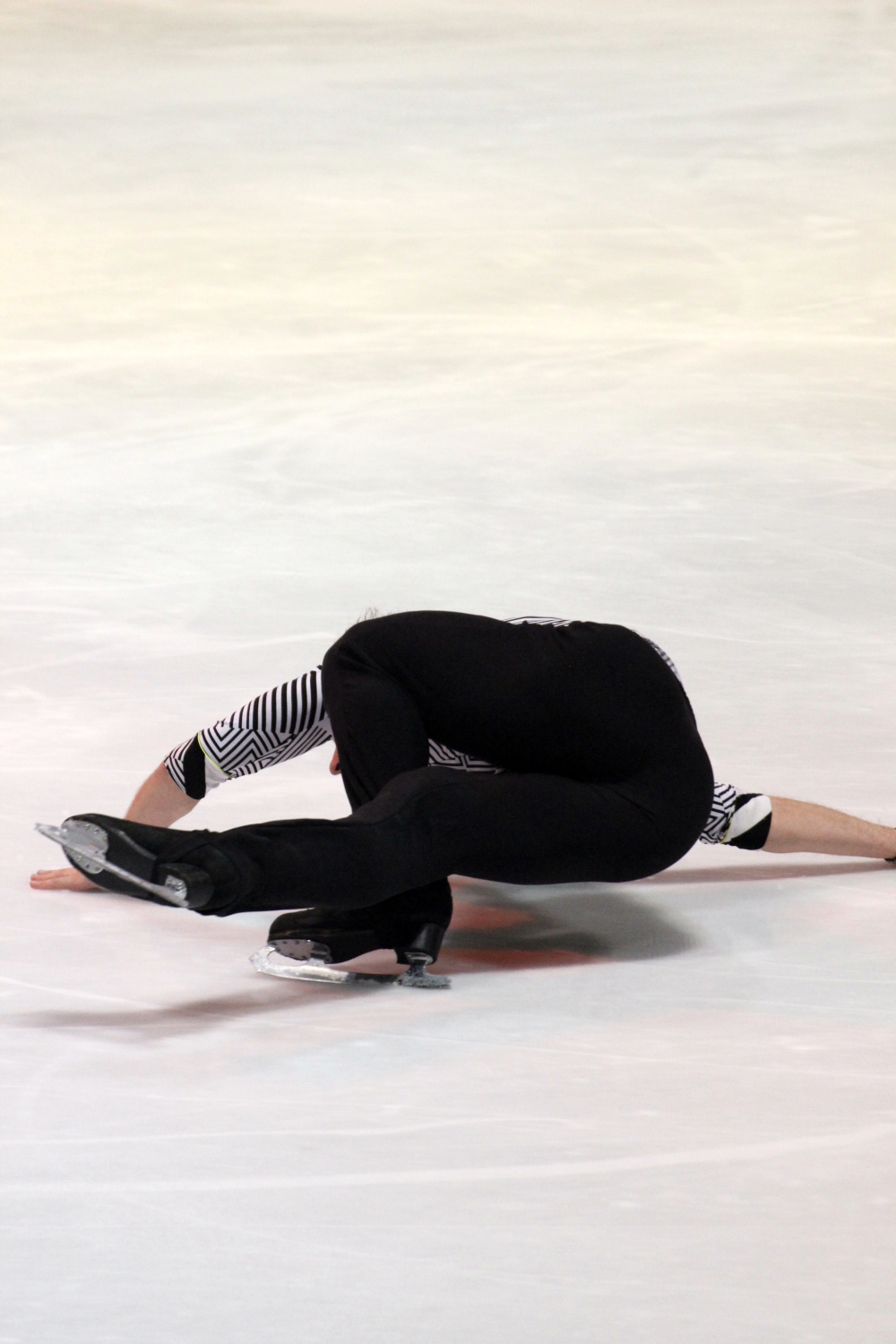 Alexander Majorov – I know, I know you don’t see much on this pic but I was utterly amazed by the comeback of the hydroblading. Shades of Bourne & Kraatz! Alexander was definitely one of the highlights of the first part. Very entertaining. Very fast. Very fun. Showed how a mediocre skater can be a total crowd pleaser when he puts a bit of thought in his exhibition program. 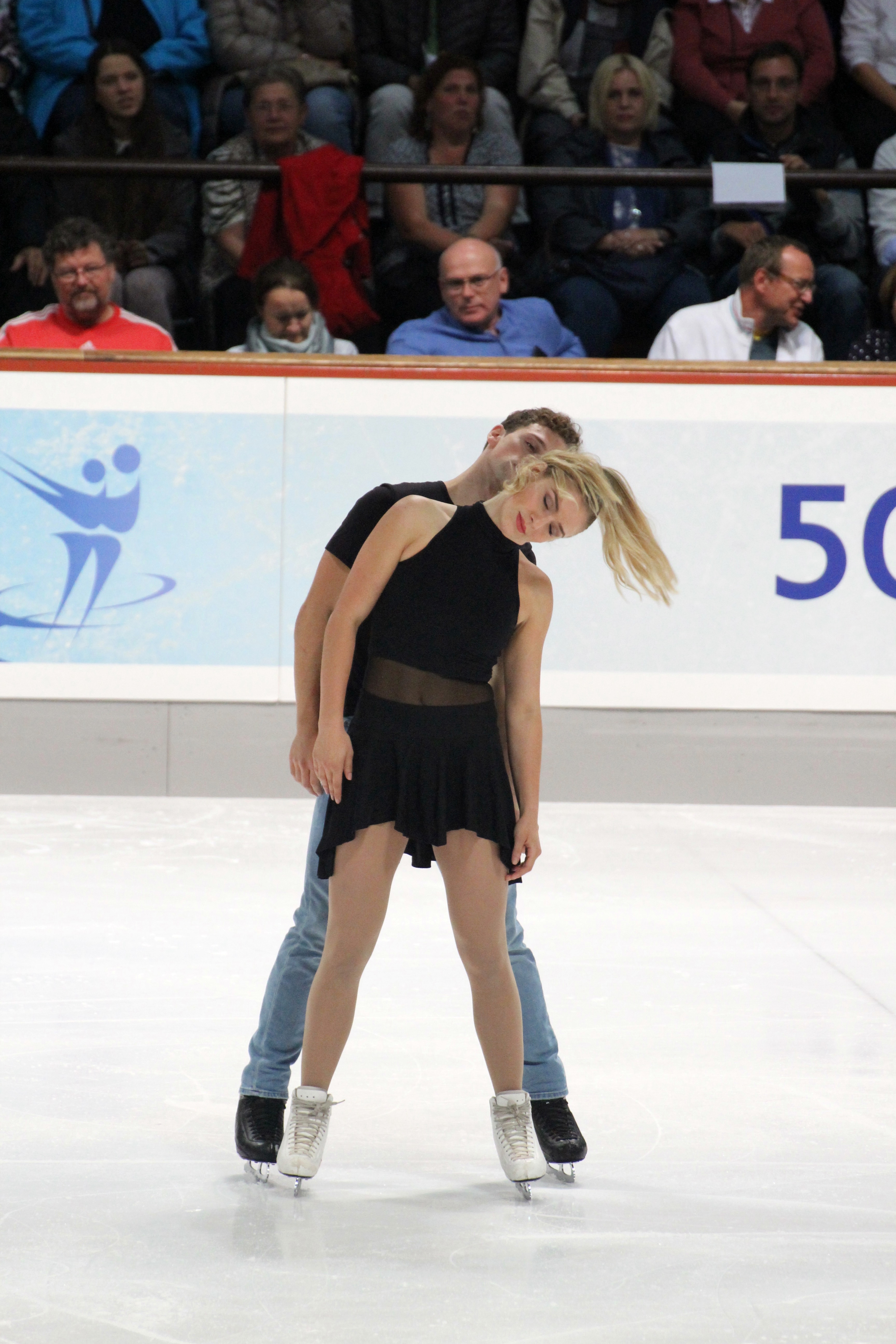 The Parsons closed part 1 of the gala with yet another ballad.