After the ladies short program, it was time for the Rhythm Dance. We were a bit clueless about what this change of name in ice dancing meant in comparison to the format from last season. Apparently, we were about to watch the „Tango Romantica“. Fortunately, it was more interesting than the old Compulsory Dance. Some of the teams seem to have added another type of music to their Tango whereas others skated to Tangos only. For me, the following question remains: when will there be the comeback of the Yankee Polka? My favorite Original Dance EVER. For anyone who has never heard of it: watch the Original Dance from 1992 Olympics. You will see Russians and French in Dirndl and Lederhosen. There is even music with „cow noise“ in the background! 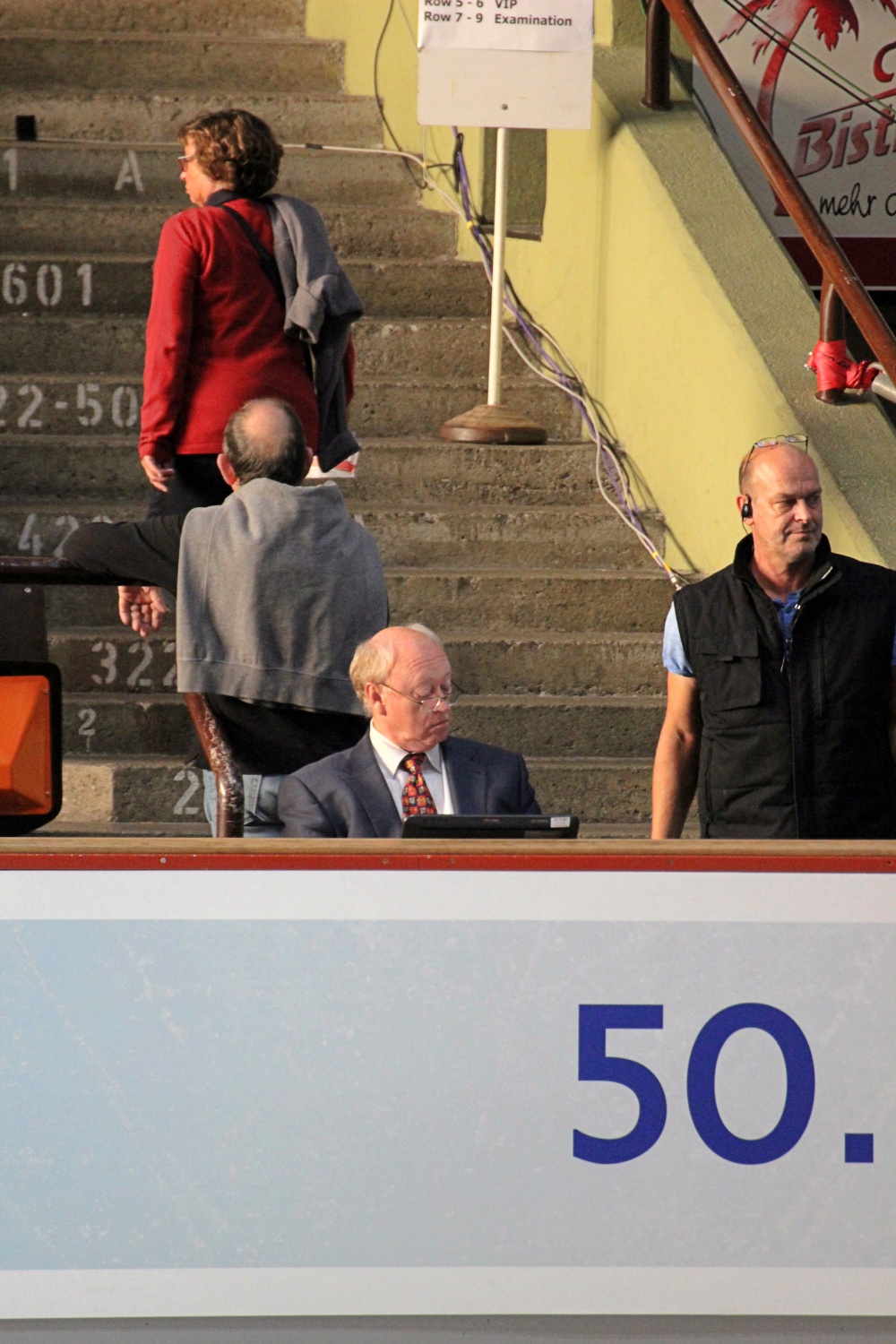 Guess what the absolute highlight of the Rhythm Dance was? There was Yuri Balkov judging! Made us remember all those good old, controversial times on Figure Skating Universe… 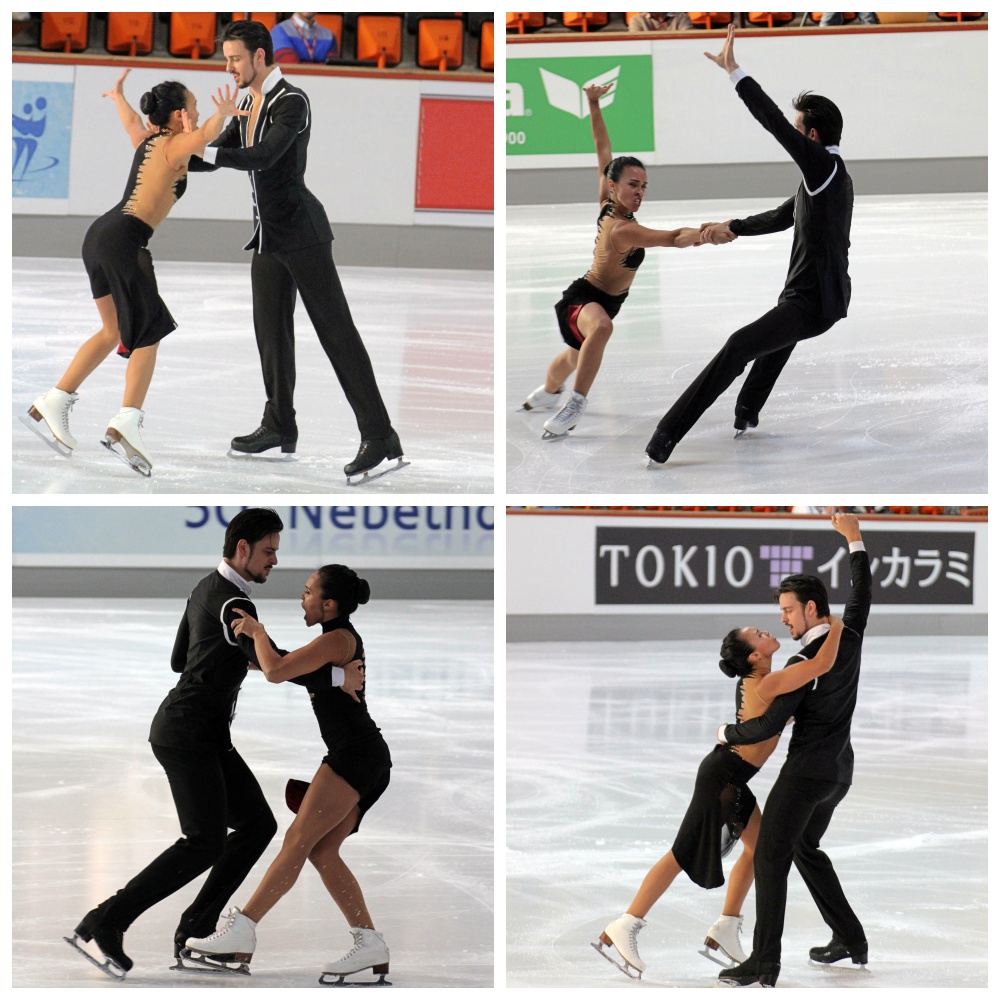 First to go were locals Jennifer Urban & Benjamin Steffan. This was their music because she has a very strong facial expression. That’s also the reason why I have added four pics of them 😉 We know Jennifer Urban from waaay back when she used to skate at the gala at Nebelhorn Trophy as a little kid.

Shari Koch & Christian Nüchtern turned out to be my favourite German team here at Nebelhorn. They have the best „look“ of all three German ice dance teams.

Katharina Müller & Tim Dieck concluded the German Championships a.k.a. the first group of the Rhythm Dance. Their overly dramatic program was marred by a fall. 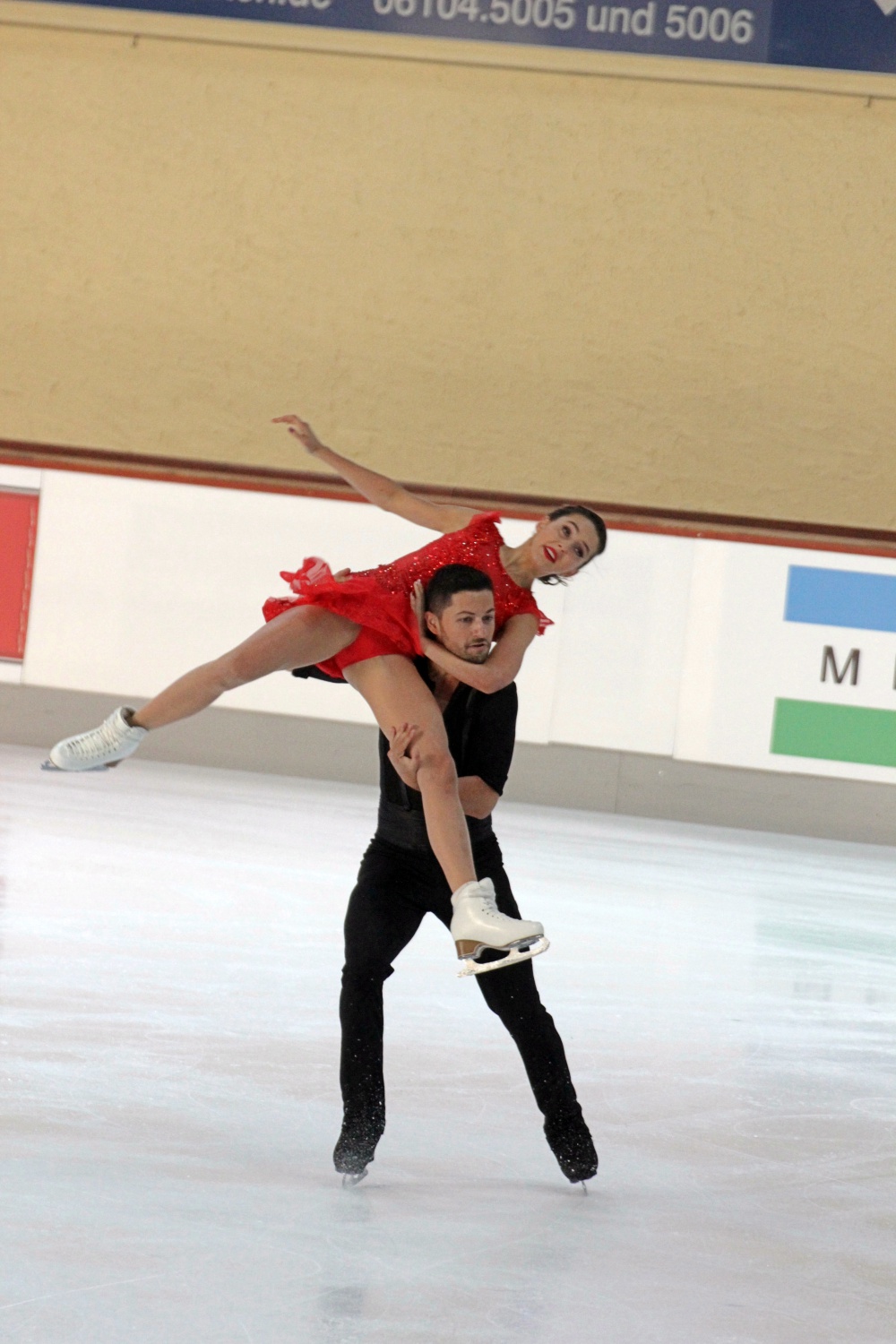 Lilah Fear & Lewis Gibson from Great Britain turned out to be favorites of us during this competition. There is something very original about their style. 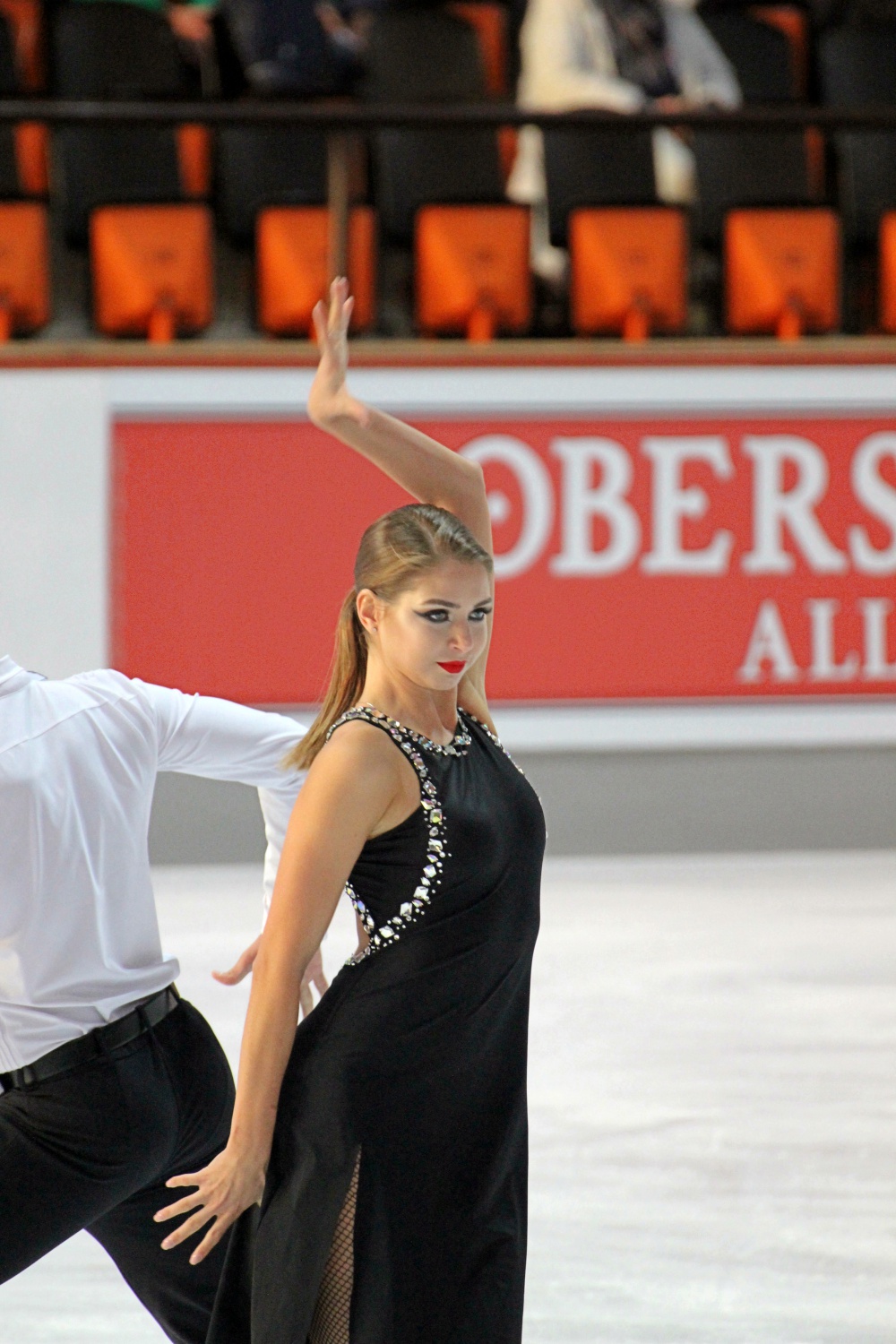 Alexandra Nazarova – sometimes, it’s hard to fit both partners in one pic

I had already seen Alexandra Nazarova & Maxim Nikitin at last year’s competition. Unfortunately, they skated a lot weaker this year than last year. Too bad, as their music choice („Cell Bloc Tango“ and „All That Jazz“) was promising. They even had a Midori Ito like moment where one of them almost fell over the boards. 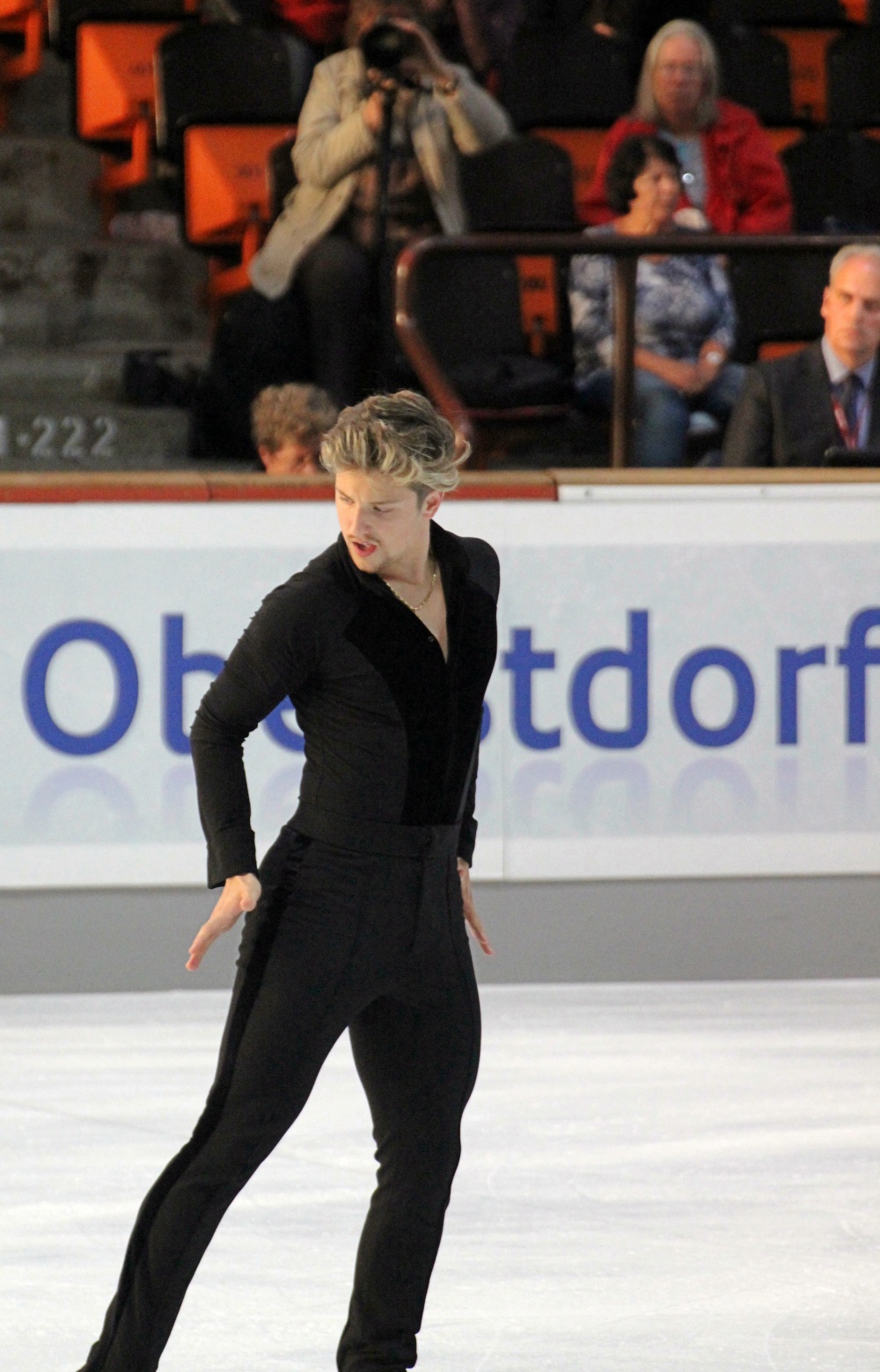 Anthony Ponomarenko – another pic with only one partner

Even before I had seen them step onto the ice, I had already developed a soft spot for Christina Carreira & Anthony Ponomarenko from the US. After all, he is the son of one of my all time favorite ice dance teams (the other one is Grishuk & Platov, BTW). I liked their dramatic interpretation of Tango Romantica and their long lines.

Natalia Kaliszek & Maksym Spodyriev from Poland started into their RD with a slap into his face. Ouch… Brought them a lot of attention by the audience. Unfortunately, they also had a fall. 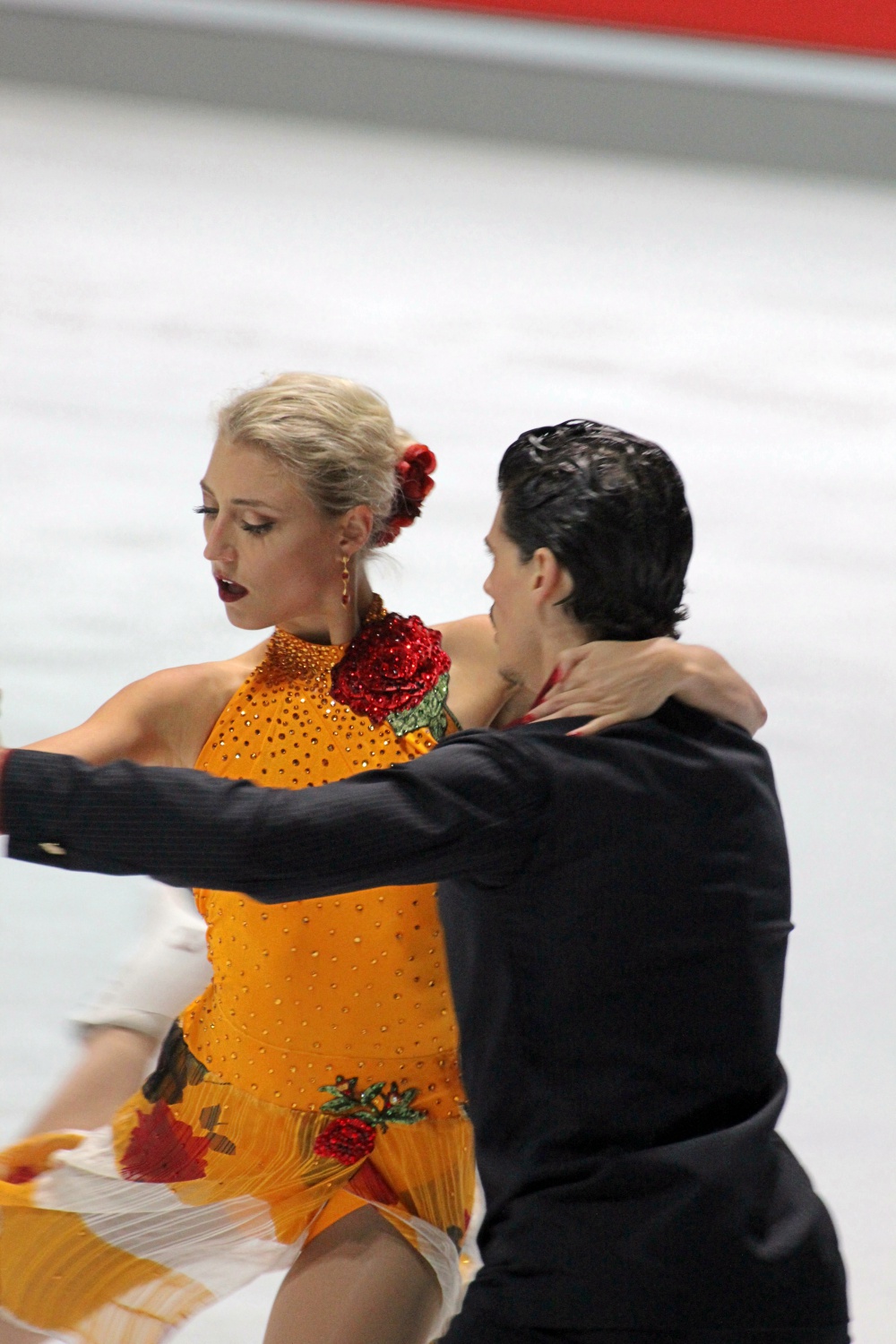 Piper Gilles & Paul Poirier are probably my favorite ice dance team of all the top teams right now. They are something special because they don’t try hard to copy a certain French ice dance team like so many of the other top ice dance teams do. Their Tango Romantica was no exception and I liked how passionate it was. 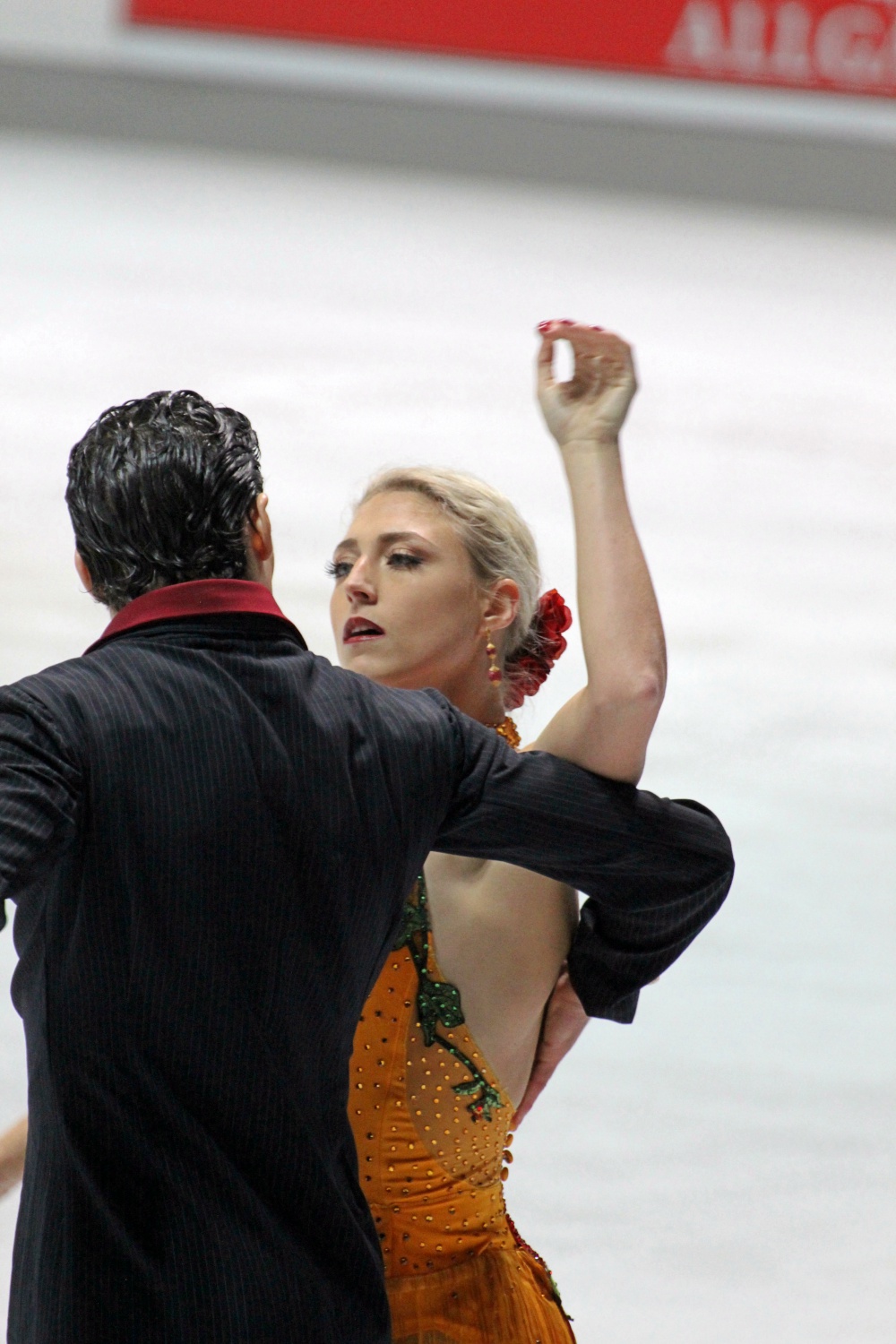 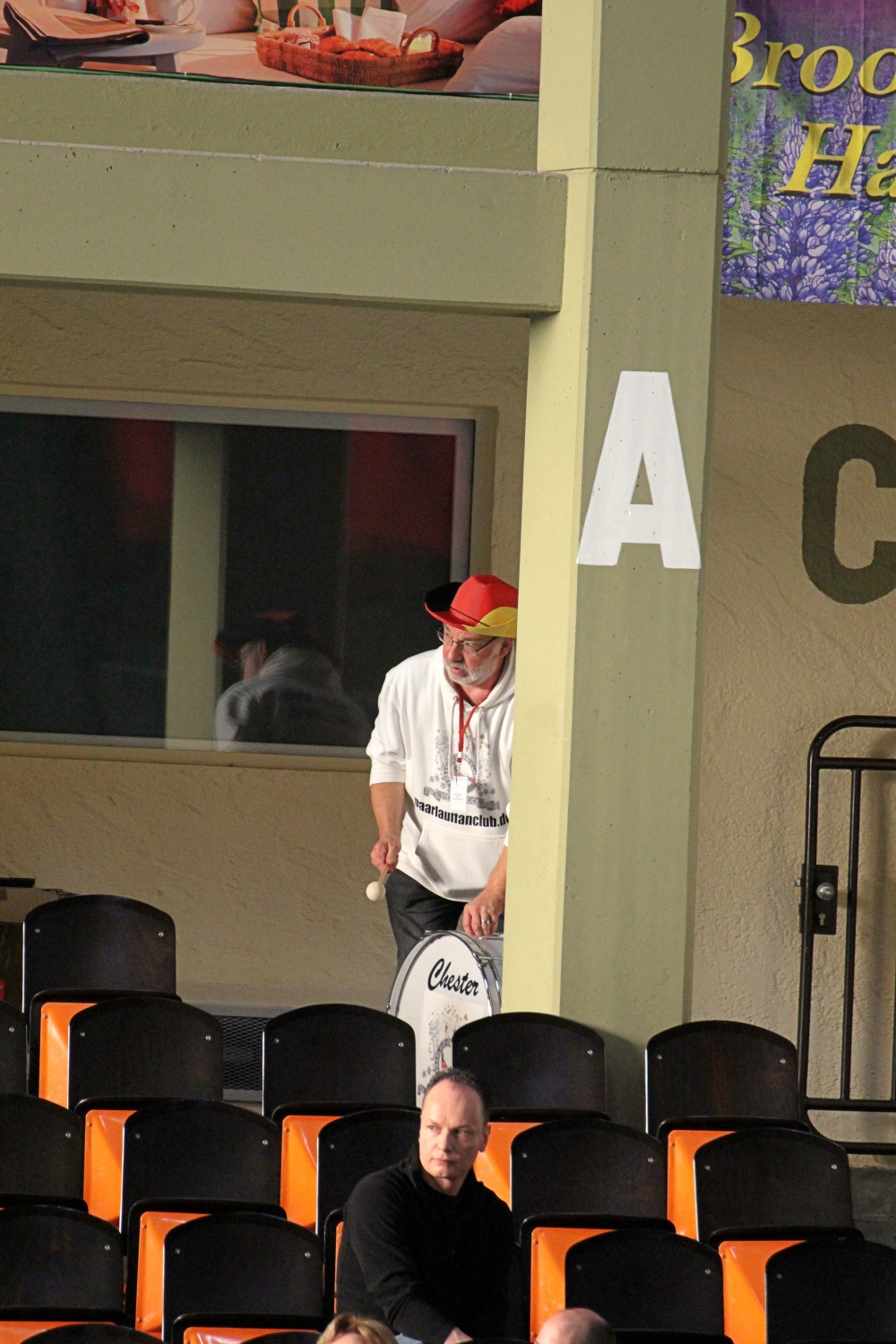 During the break before the Pairs Short Program, we had dinner at our favorite Italian restaurant in Oberstdorf: the „Essenza“. Turned out to be the new hot spot for watching skaters in person as we met i.e. the complete American ice dance team, Jennifer Urban as well as Stephane Lambiel (looking at some baby clothes?!) and his pupil there.