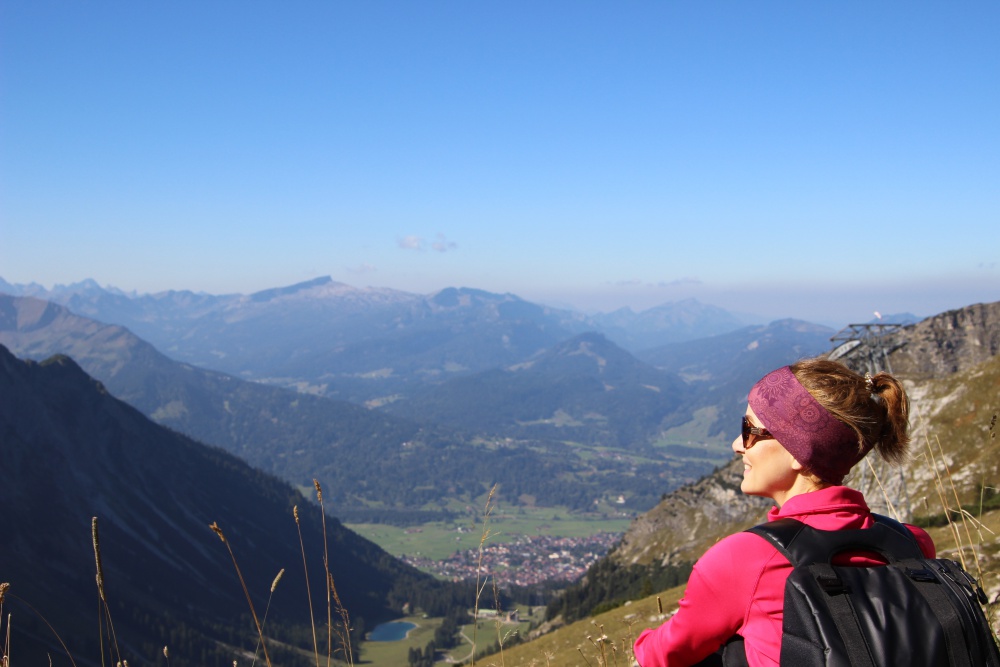 Me looking down from Nebelhorn

Some hiking and a change of plans

We had already decided a few weeks earlier when the time schedule came out that we would skip the men’s competition and go hiking instead. Our initial plan for Friday had been to hike up Rubihorn. We also started it that way but due to a pair of falling apart hiking boots and not everyone feeling fit after Thursday’s long tour, we changed our plan after about 45 minutes and went to beautiful Seealpsee instead – one of my all time favorite places in the mountains. 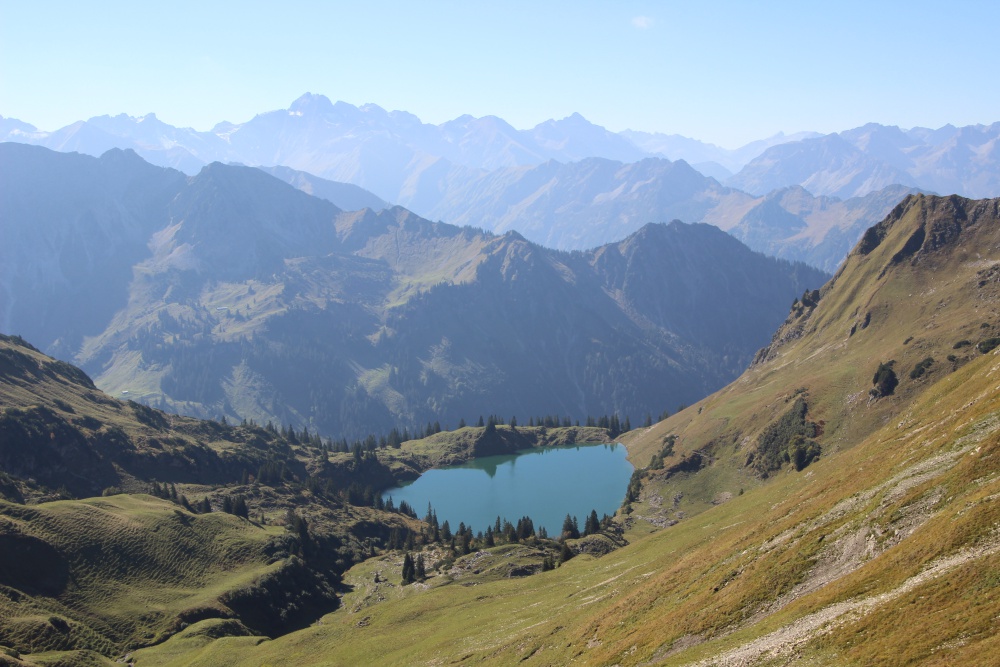 Afterwards, we went directly to the rink and watched all groups of the ladies free skating.

Group 1 – a slow start into the event 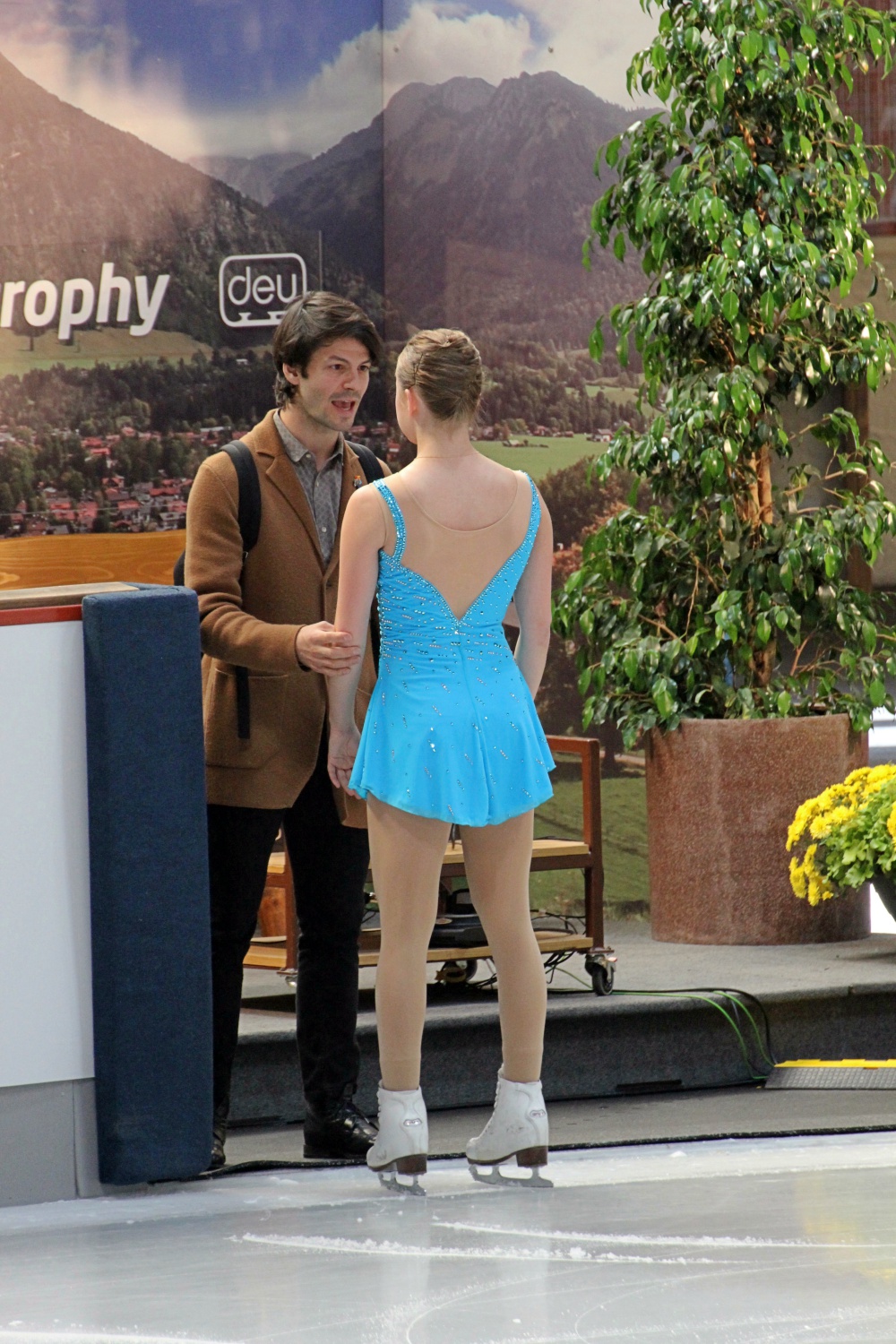 It started with Matilda Algotsson, the pupil of Stephane Lambiel. Oh well, there lies A LOT of work ahead for Lambiel. Who has a very theatrical way of standing by the boards while his pupil skates. 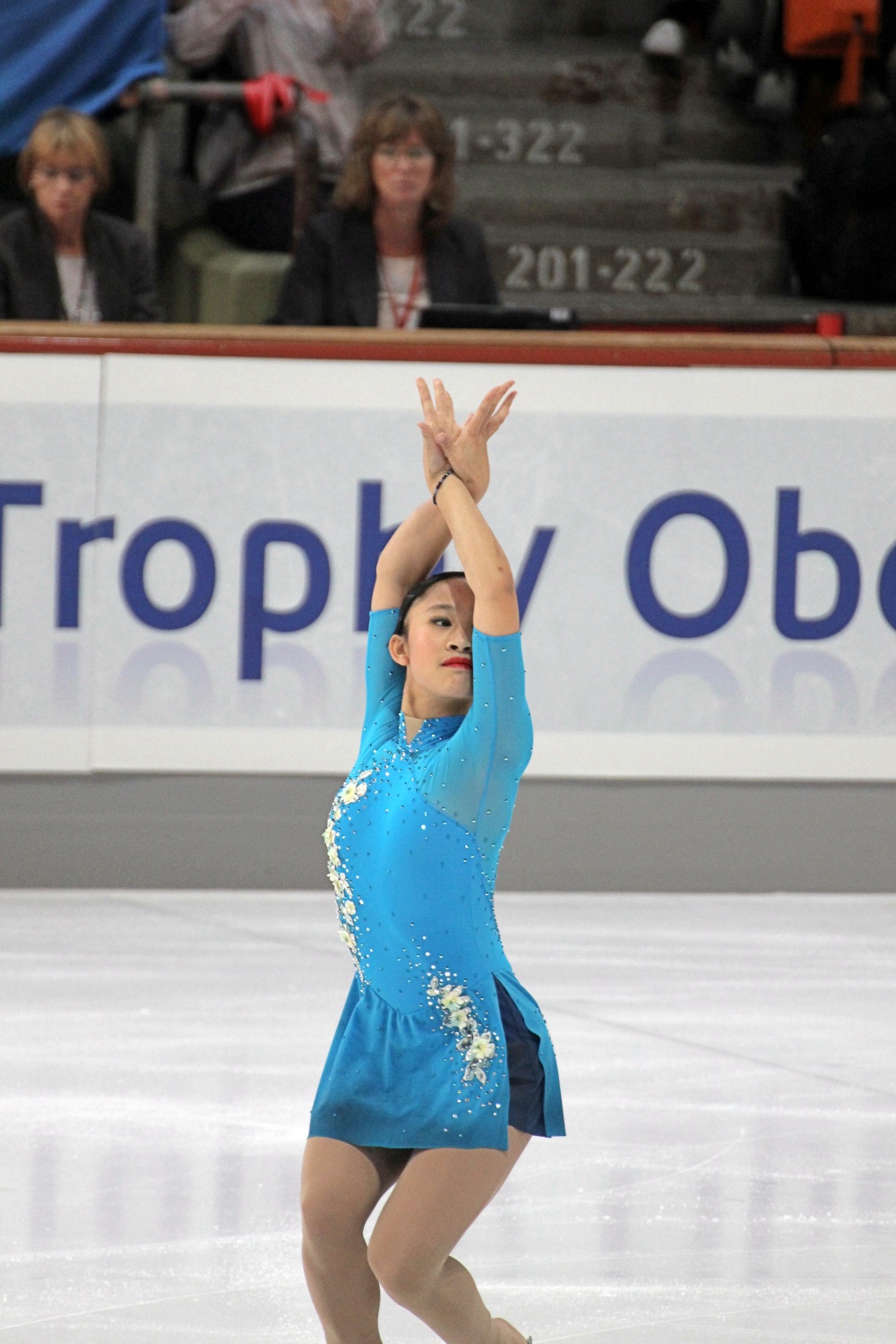 Amy Lin from Chinese Taipeh chose some very bombastic musical and looked like giving up after every missed jump (slumping shoulders and all). 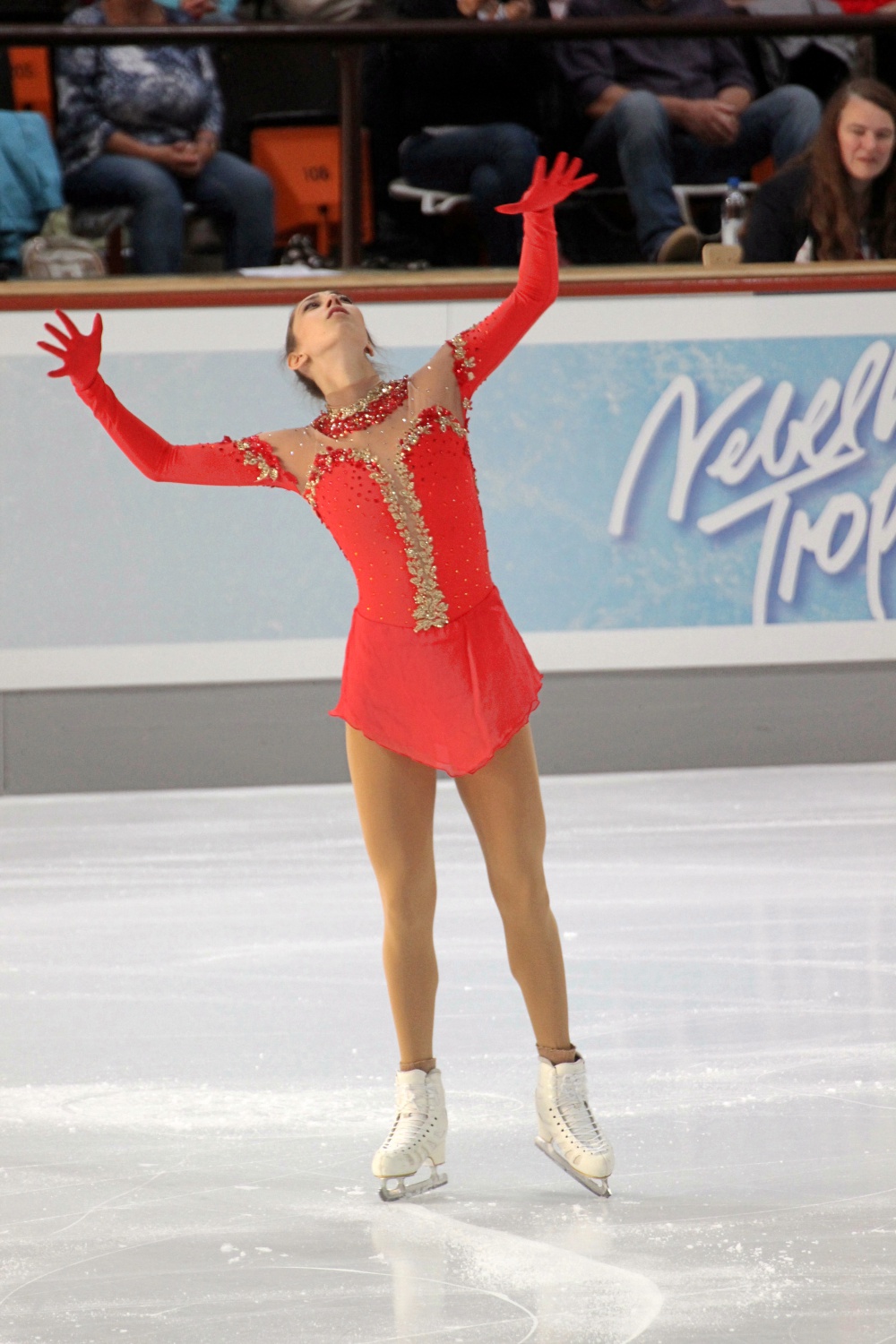 Netta Schreiber from Israel jumped loads of doubles during her classical program. It feels kind of mean to write this but she made Tamar Katz look like a brilliant and consistent skater in retrospective.

Natalie Klotz from Austria had a remarkably good start into her Irish sounding program. Unfortunately, everything went downhill during the second half.

Group 2 – a.k.a. those who have already had better times at Nebelhorn Trophy 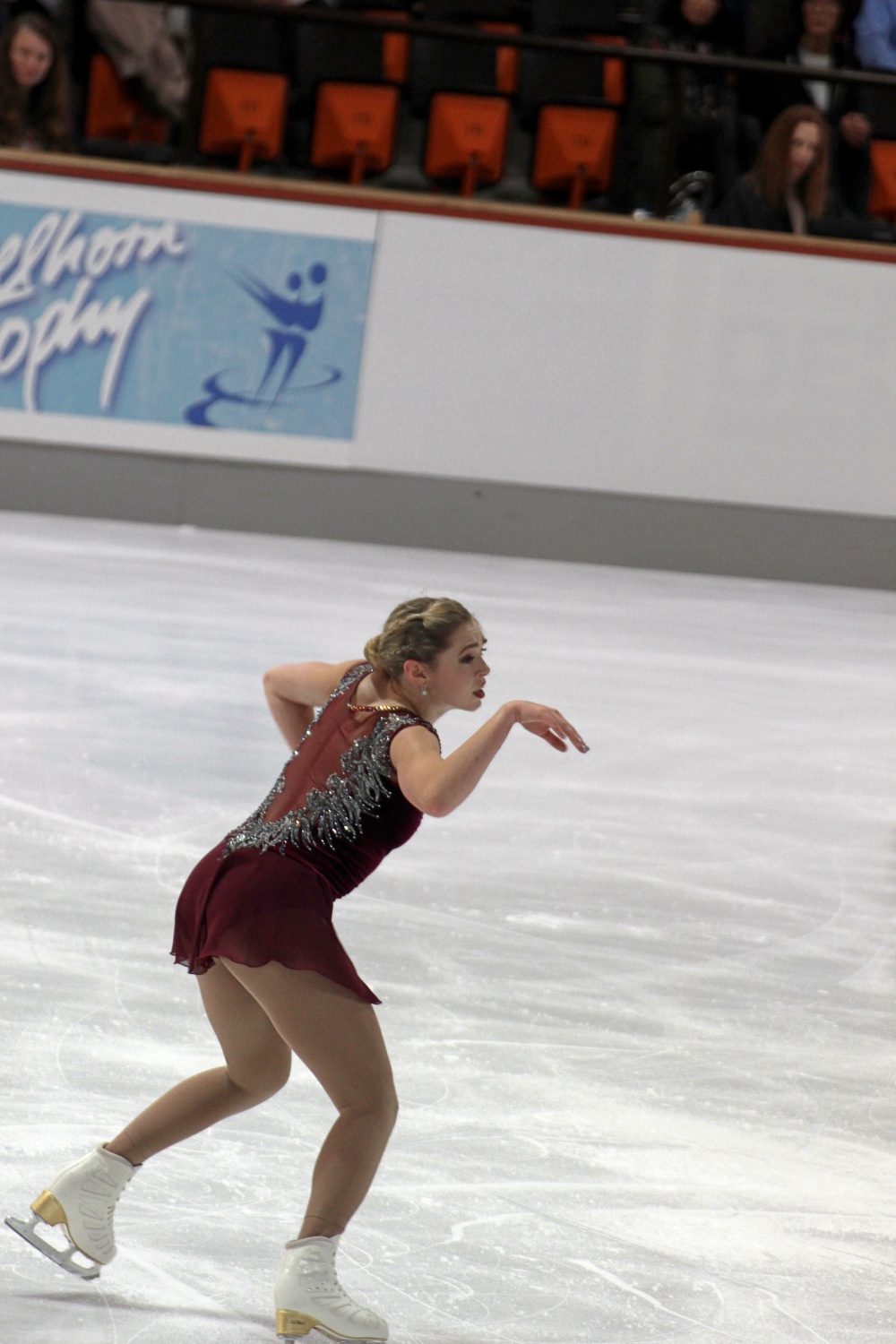 Alaine Chartrand from Canada had already skated at Nebelhorn Trophy a few years back where she had looked quite promising. Even though she had a few falls during her long program, it was still a huge improvement compared to the skaters of the first group. 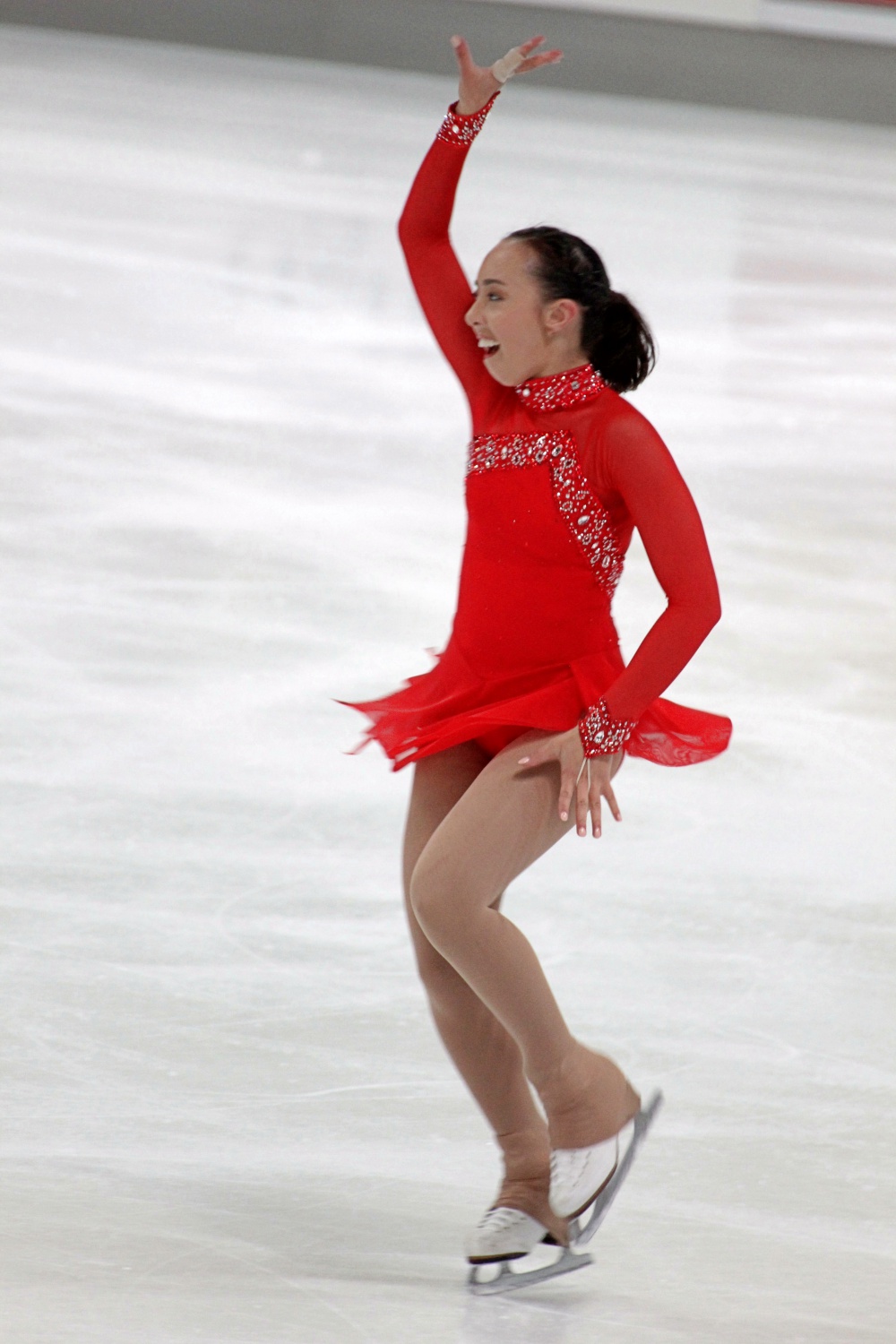 Brooklee Han was also having a hard time, this year. She even crashed flat on her belly after one of her jumps – which reminded me of Chinese Dan Fang who did this pretty much after every missed jump. I still like Brooklee Han’s style and her cool spins. 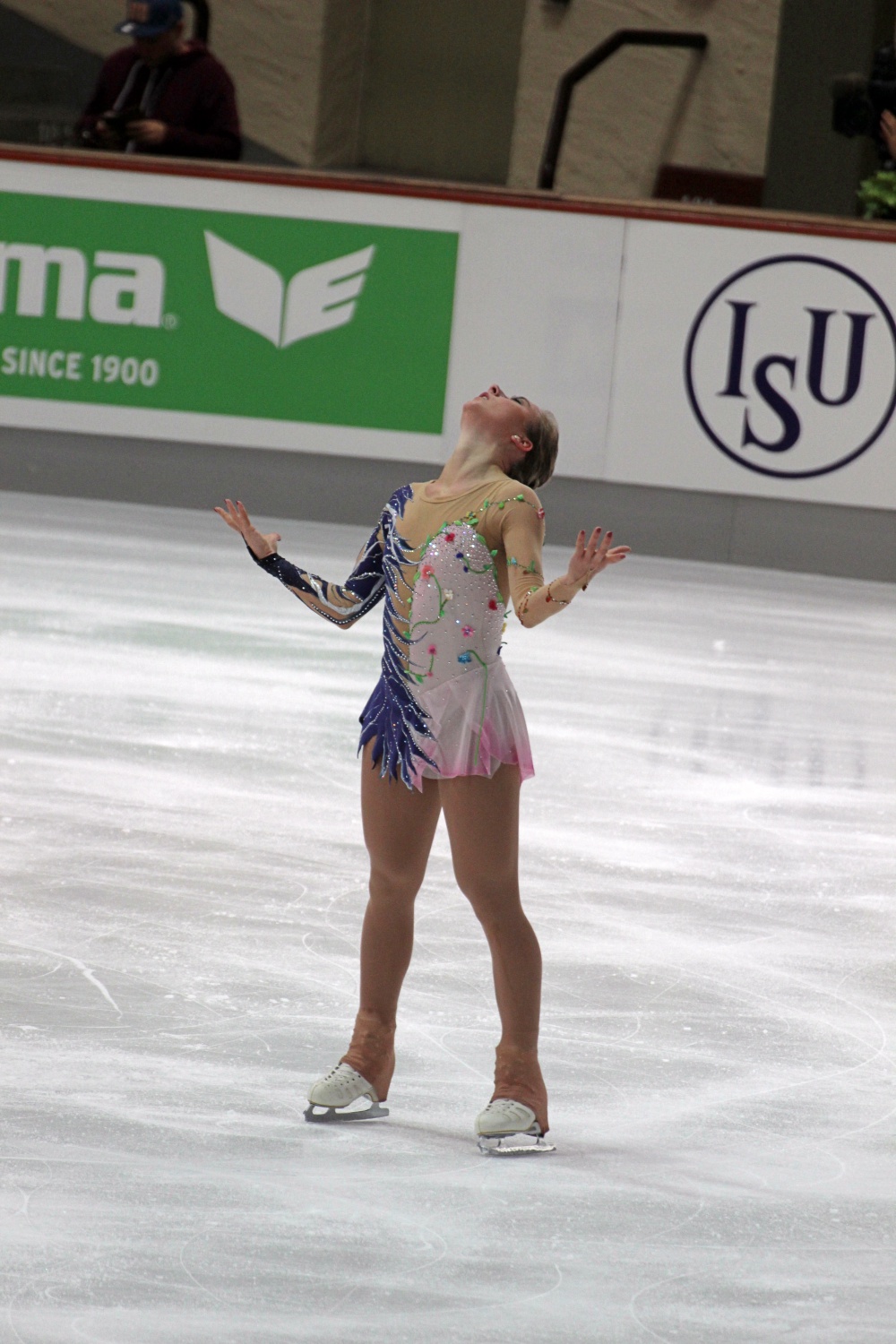 Nathalie Weinzierl chose a version of „Fours Seasons“ with added thunderstorm noises for her long program, this year. Too bad, she missed some jumps. Especially as her jumps are of so good height and quality, it makes you wonder why she does not land all of them. 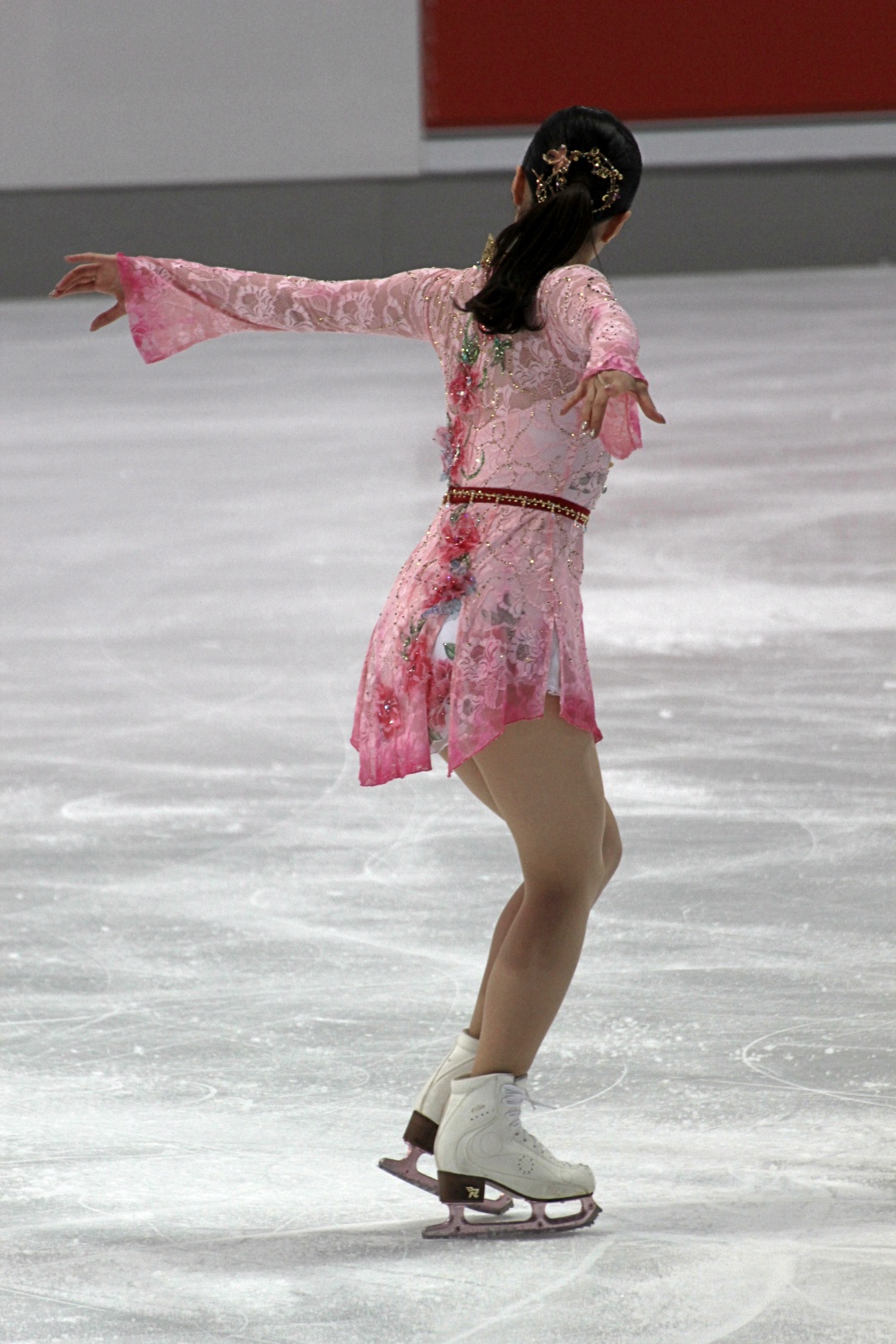 I loooved Marin Honda’s costume. So beautiful! She was not perfect here during the ladies free skating but still presented by far the best performance so far. 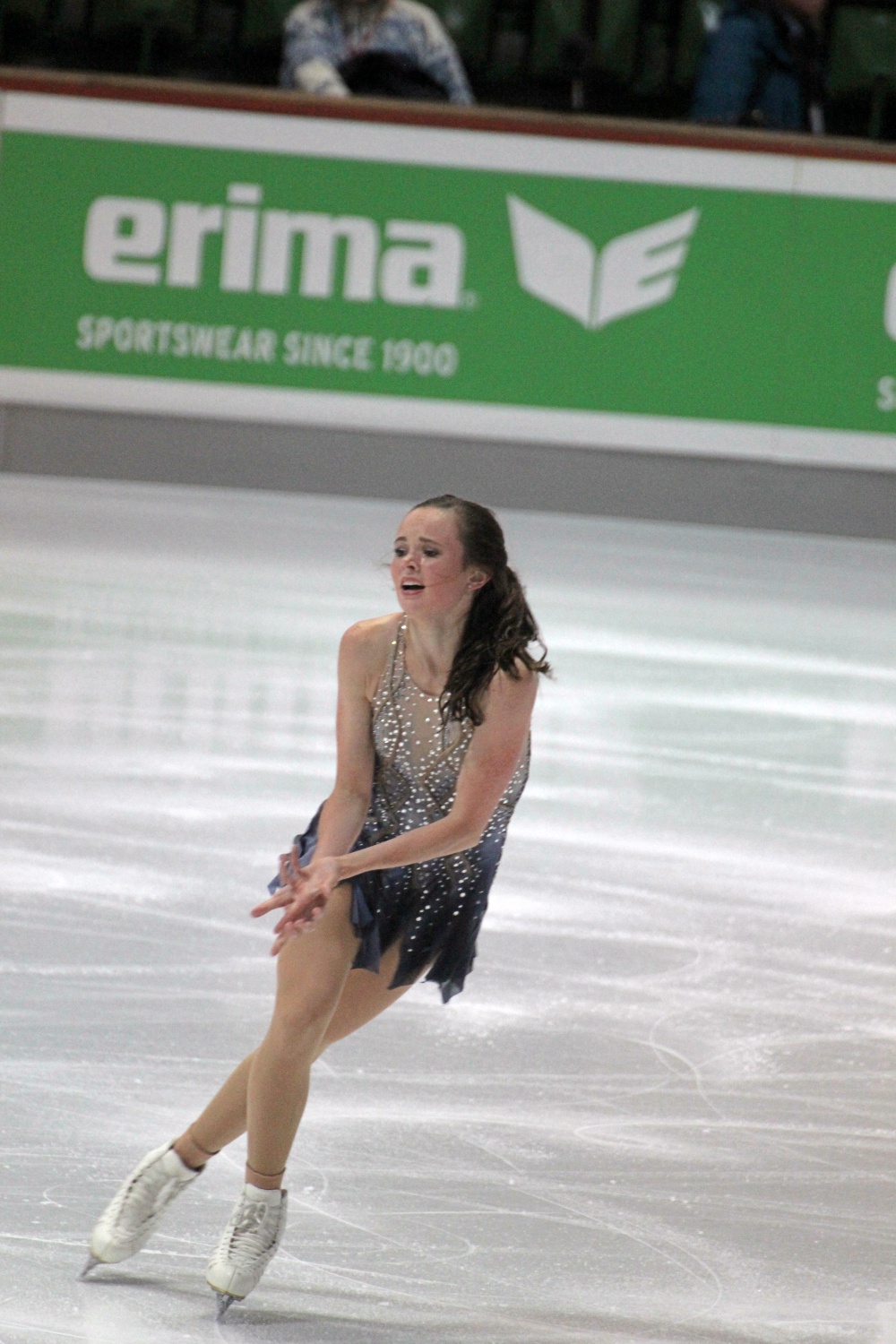 Mariah Bell would have fitted perfectly into group 2 because she is another one of those skaters who have seen better times at Nebelhorn Trophy. I really like her because she’s so cute but her long program music was too tinkly for my taste. 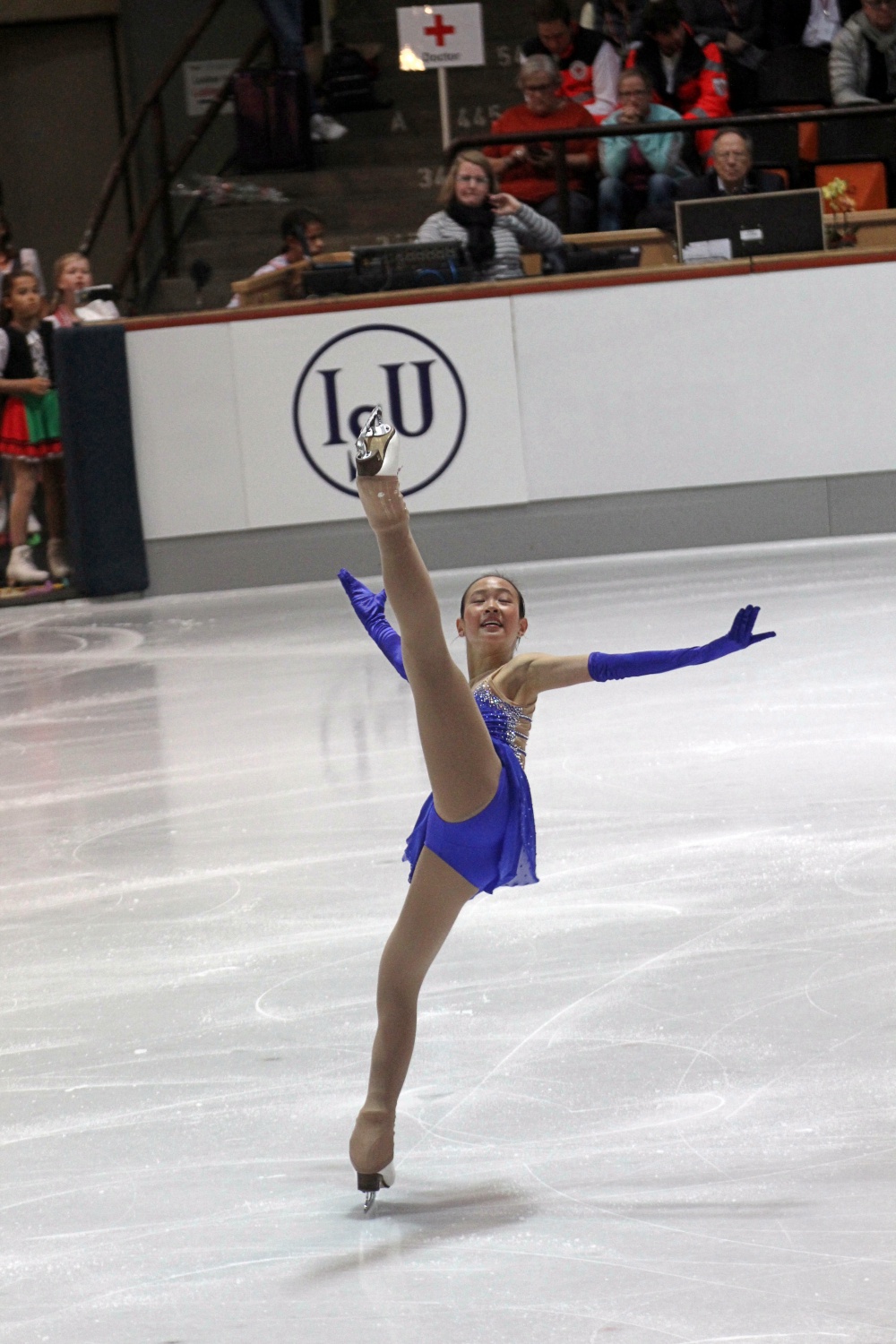 I was really impressed by very young Ashley Lin (also from the US). She had only one fall and skated so beautifully during her waltz program. Especially lovely arm movements! 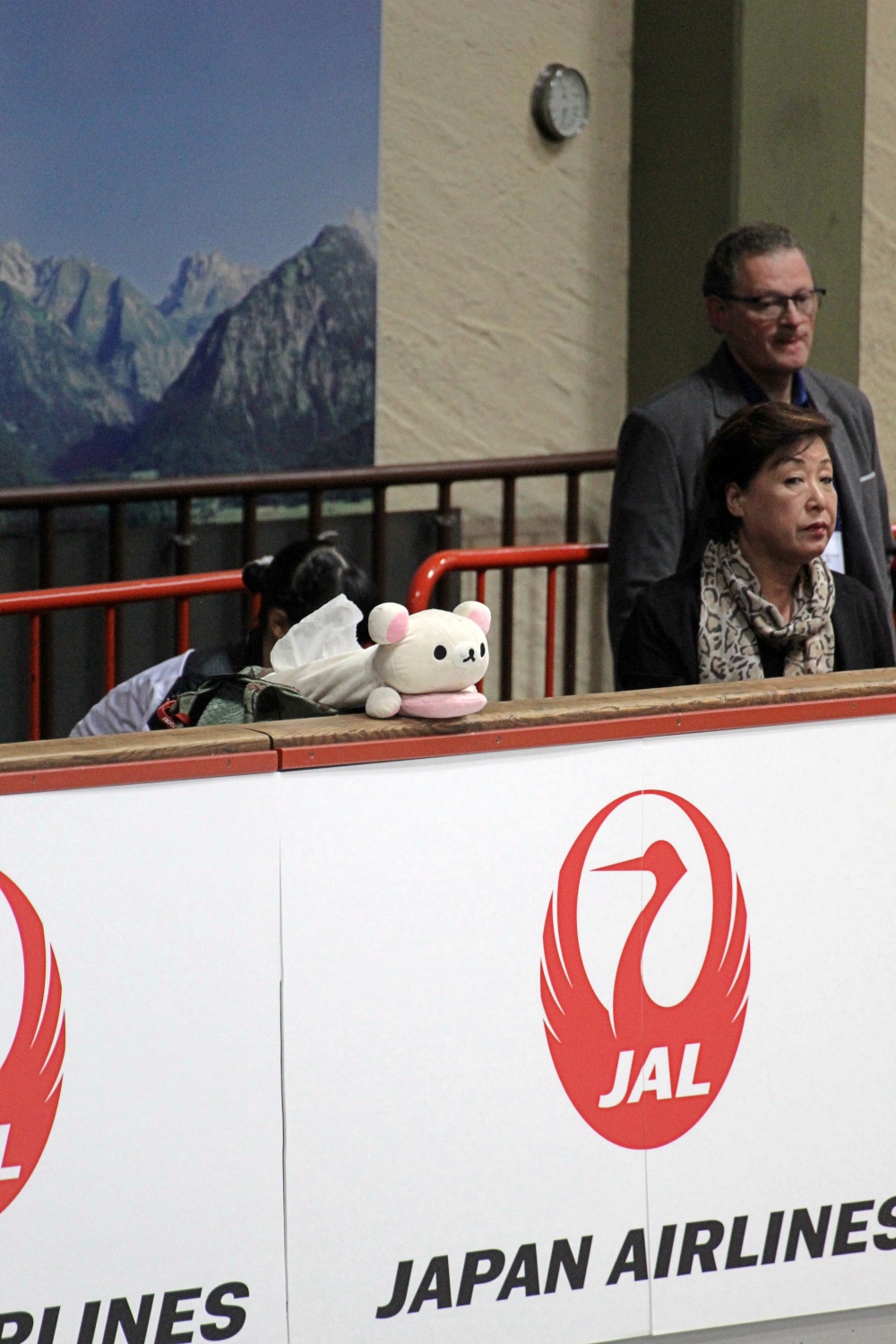 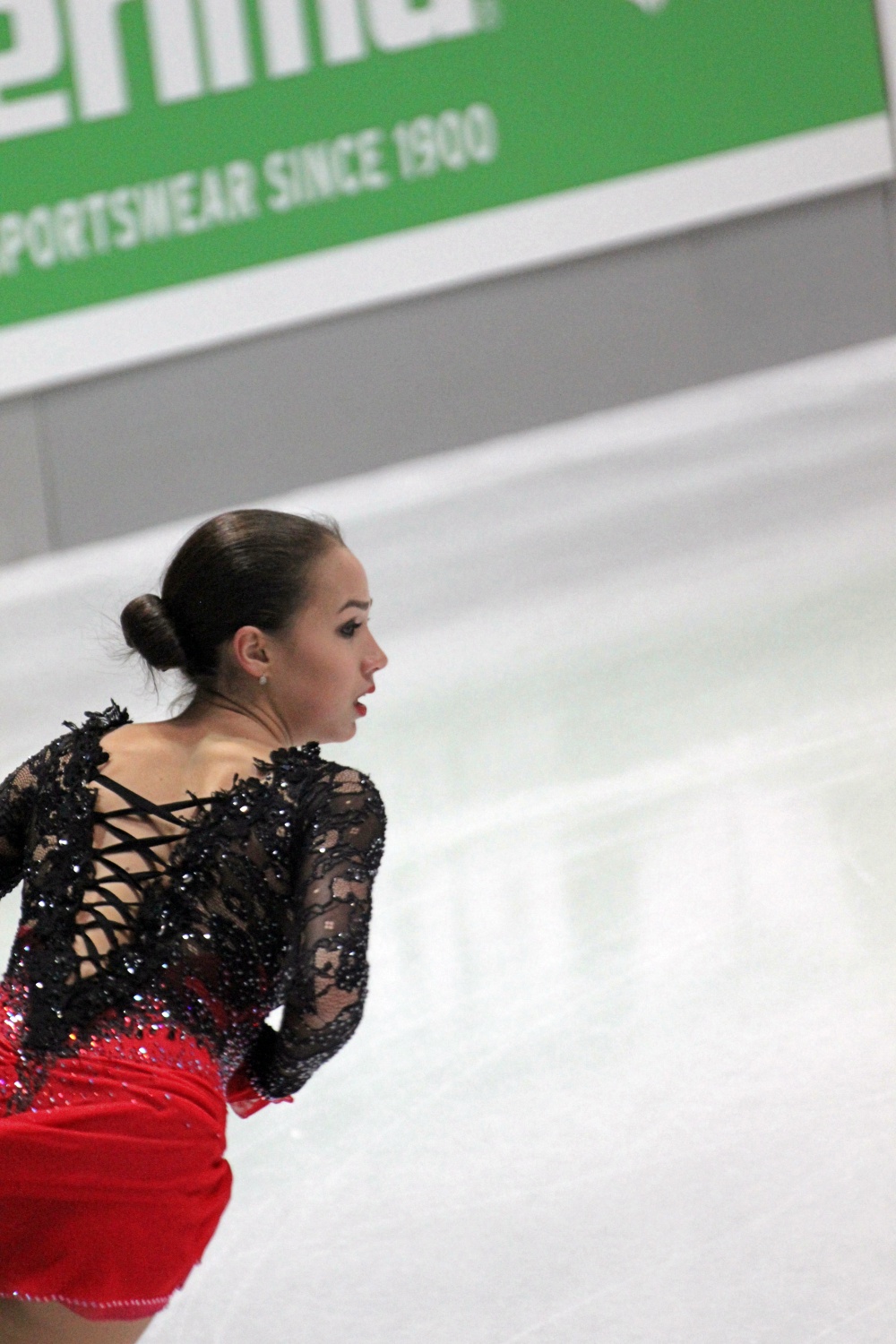 I was feeling kind of nervous before Alina Zagitova’s performance – even though she had looked incredibly strong during warm-up. Fortunately, she was able to live up to all the expectations and had a perfect program. I love her „Carmen“ costume, she looks so pretty in it. Seeing her talent was worth paying EUR 60 for the all-event-ticket.

What is more, I can’t stress often enough how much I prefer classical programs to often used music like „Carmen“ to those „I chose some random song from the charts“-programs which have become so en vouge ever since music with lyrics has been allowed. (I can already hear annoying German commentators with their ‚young people should skate to modern music. Only this way figure skating will be able to attract young spectators!‘). My favorite element of Zagitova is her „Charlotte“ into 3 lutz. Oh the memories. Sasha Cohen and her „Charlotte“ during 2004 Worlds in Dortmund during her „Swan Lake“ long program. BTW, one of the things I hate most about the new judging system: the end of the spiral step sequence. 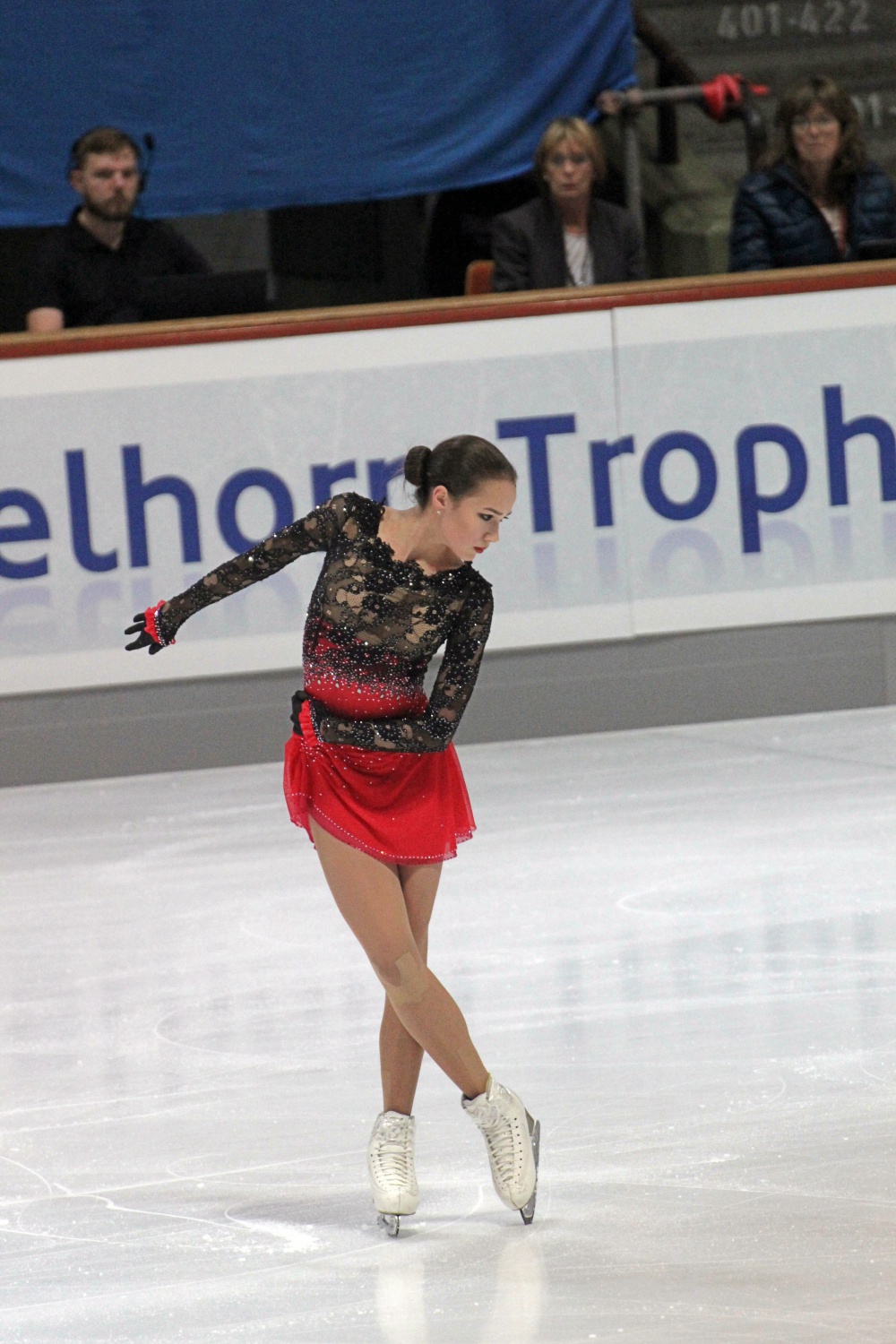 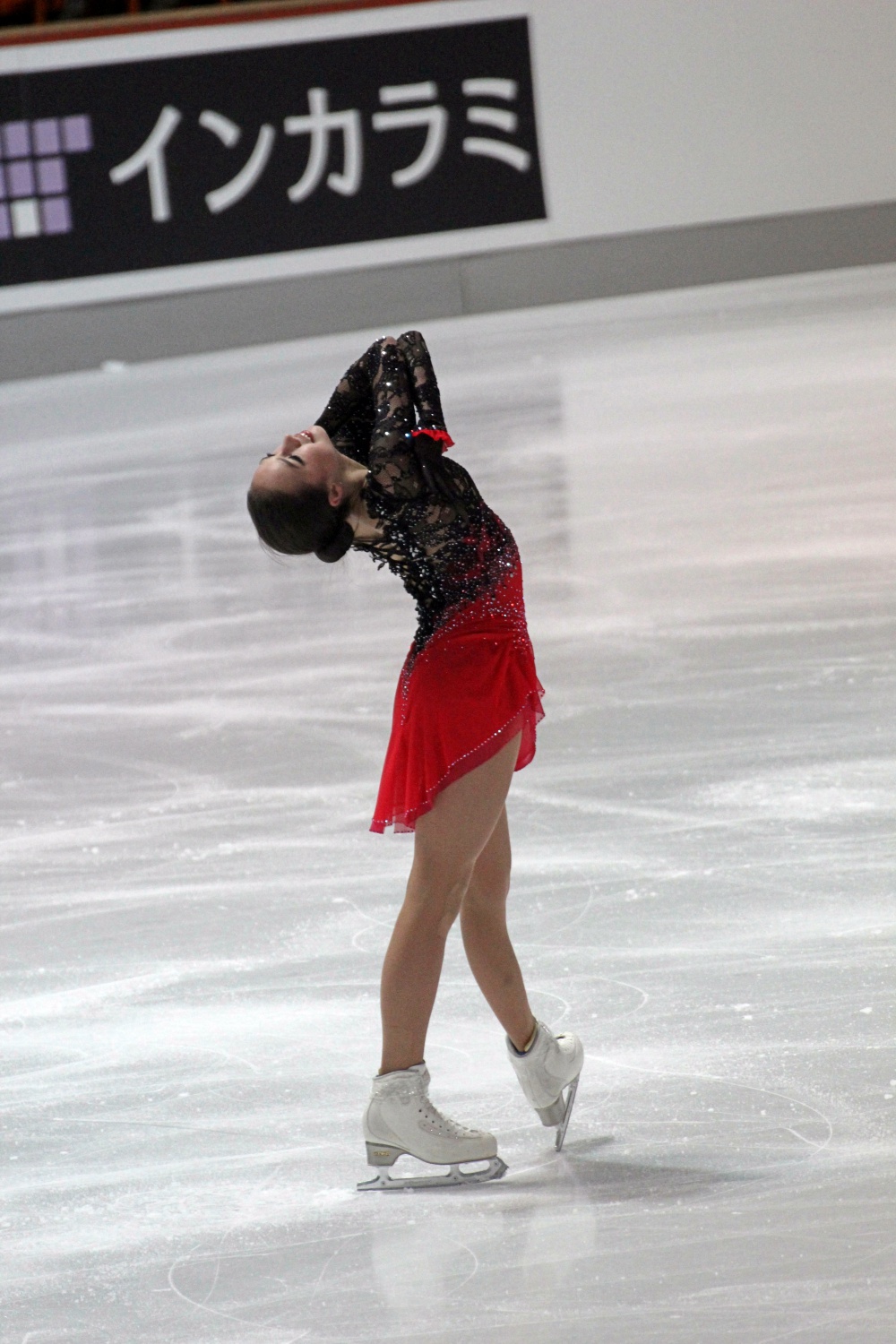 Sorry for the Alina Zagitova spam 😉 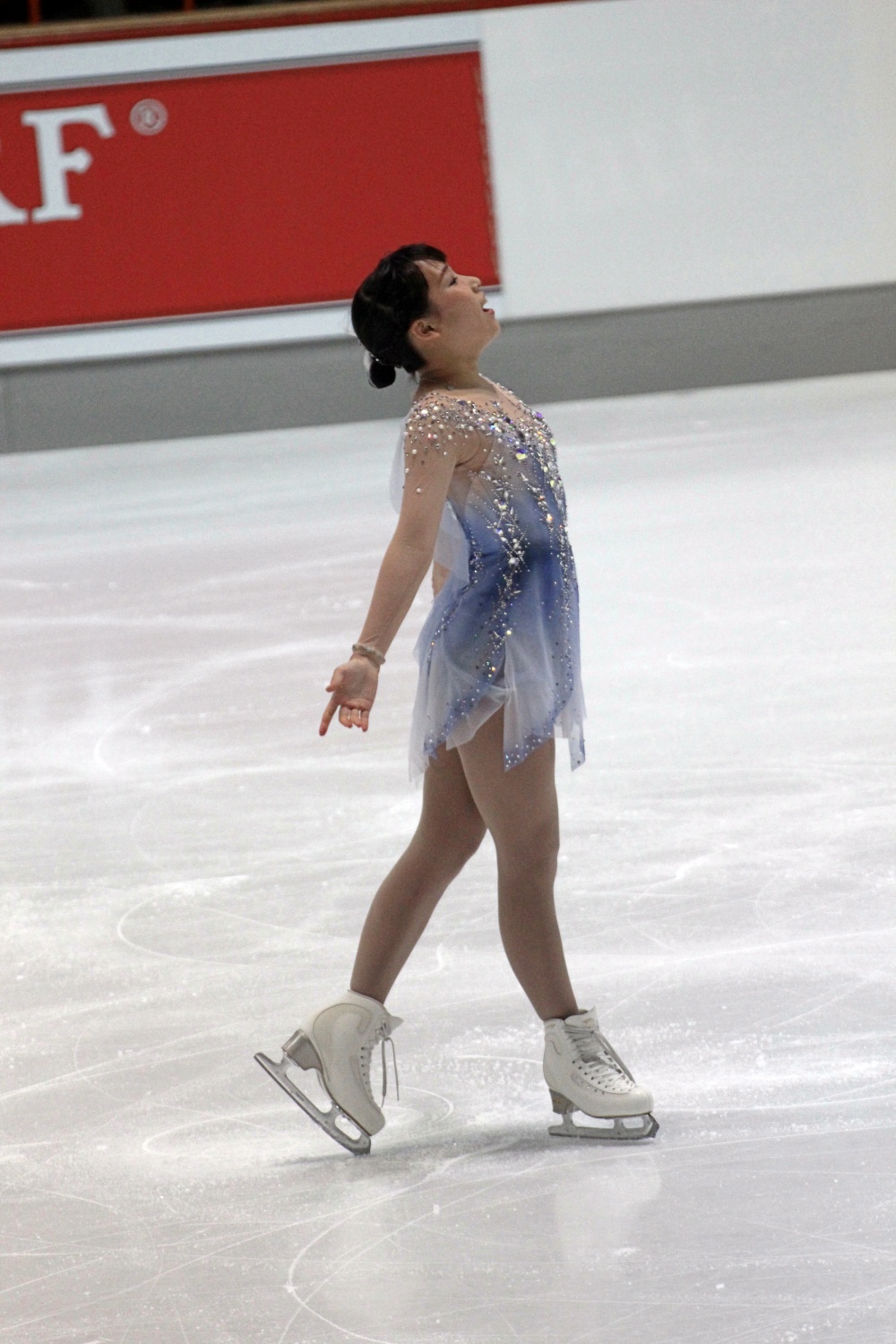 I must say it again: there is something so cute old-fashioned about Mai Mihara. Kind of the reincarnation of  Yuka Sato mixed with Midori Ito and Yoshie Onda. She skated to some bombastic female ballad and had the cutest reaction at the end. Even though she looks a whee bit sluggish, I way prefer her to a certain Japanese skater with about 3 cm high jumps… 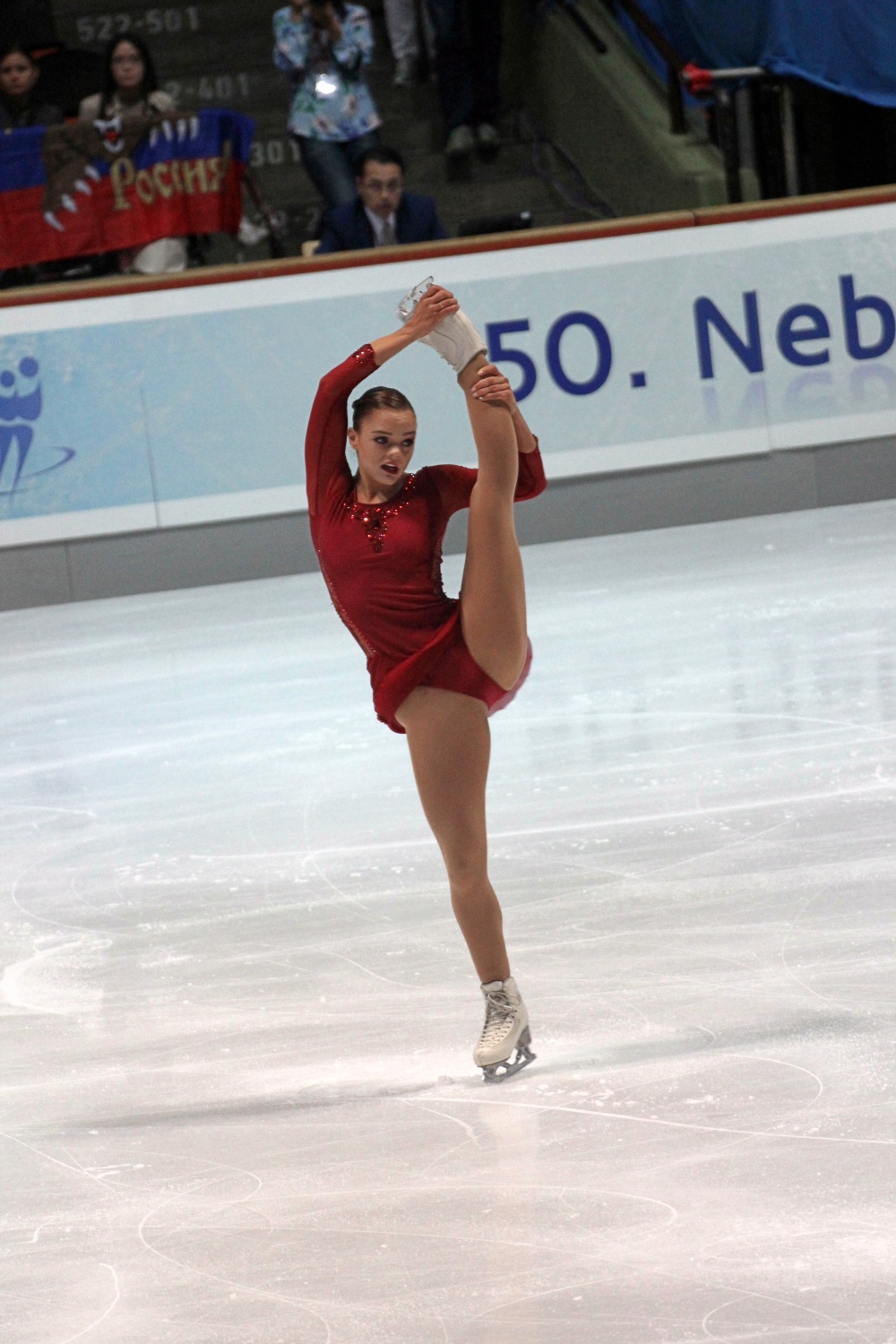 Loena Hendrickx from Belgium looked very passionate during her Tango long program. I think it’s amazing how far she has come.

Random fun fact: we had seen Aliona Savchenko at the rink for the second day in a row and she had been wearing a different coat every day. I can relate to this so well. I looove coats.