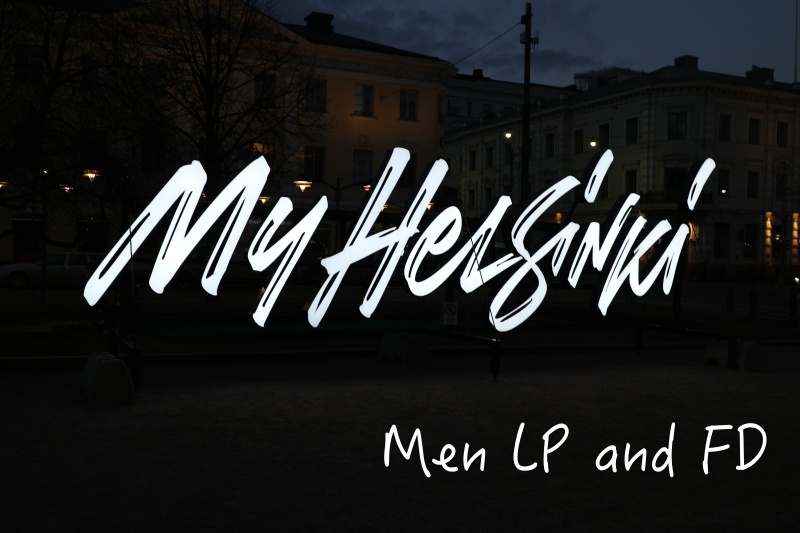 Today, we were greeted by a mixture of snow and rain which K. had to endure without an umbrella because she had forgot and lost hers at the rink the day before.

I forgot my pillow there as well but luckily it’s blue and blended in with the actual seat so well that it was not spotted and I could still find it at my place.

It feels like I’ve known Michael Christian Martinez from the Philippines forever. Special thanks to him for doing the comeback of the „Charlotte“.

Keniji Tanaka woke up the audience by skating to Yagudinesque circus music.

Paul Fentz is another skater I’ve seen quite often over the years and I’ve definitely never seen him nail an LP like he did here. I can still remember the times when German men were struggling to do a 3 axel…

Julian Zhi Jie Yee is another crowd favourite from Nebelhorn Trophy. He rocked the ice to music by James Brown and is coached by Michael Hopfes, a former German skater now living and coaching in Canada. Julian presented the Vakhtang Murvanidze element (the real name escapes me, you glide over the ice and lean back until your body is parallel to the ice) which I loved seeing again.

Moris Kvitelashvili „put a spell“ on Sissy Krick (considering the fact that Germany has reached the status of a developing country in skating, there are still one hell of a lot German judges and officials around…) and some Japanese fans by playing to them and moved up several places in the standings with this LP.

Misha Ge’s „Nutcracker“ LP was simply fantastic. What a balletic masterpiece. I loved it. It was one of the rare programs you wish would go on and on and not end after 4:30. Most amazing moment was when he showed his emotions and the audience just screamed in response. Gave me goosebumps. I definitely need to watch this again…

I’m sorry to announce this but the last Czech skater being able to hold it together in the LP was Petr Barna. Michal Brezina
(and also Tomas Verner when he was still competing) managed to have another melt-down in the LP.

If I look in Deniss Vasiljev’s face, I see little Ilia Kulik winning 1995 Euros. I have to mention once again how much he moves like his coach. His final combination spin was fabulous, too.

I was glad Brendan Kerry wasn’t overly nervous and did a solid LP to music from „Pirates of the Carribean“. Oh, how I would love to hear this music again in ice dance…

The third group was the most boring and inconsistent group of all four. I found most music choices rather boring. Mikhail Kolyada was the first one with upbeat music but, unfortunately, he made some mistakes.

I love how Jason Brown can make something interesting out of even the tingliest piano music. It’s such a pleasure to watch him skate. The way he holds his body, how he keeps his free leg straight after every jump landing… He even brought the spiral sequence and the Russian split (with over extension – kind of like a Russian rhythmic sports gymnast) back on the ice. Another program I need to watch again.

Yuzuru Hanyu was pure magic. He nailed every single element and this is definitely one of the skating moments I will never forget in my whole life. The audience went totally wild and covered the whole ice surface with flowers and stuffed animals. A program I have already re-watched. But I can’t believe people are criticising his costumes (something along the line of looking like a Russian ice dancer from the 90’s). What do they want? Everyone skating in all-black-everything? How
boooring… I love how his costumes remind me of Johnny Weir.

Who in all world is picking the music for Nathan Chen? This kid has not much more than the quads uptonow and then, you’re making it super difficult for him by choosing music like „The Polovetsian Dances“? A music made for grown-up, super dramatic ice dancers like Bestemianova & Bukin? Something a little bit lighter should have worked so much better for him.

Boyang Jin may not be the most artistic skater, either, but he was very enjoyable to watch both in the SP and his „La Strada“ LP because he chose his music wisely and sold his programs very well. Luckily, no „stone-faced Asian warrior“. What a quadfest he delivered!

Patrick Chan’s music composed by Eric Radford was a bit on the monotonous side. The first part of his program was flawless but, then, he started to make some mistakes and lost any chance of winning a medal.

I liked Shoma Uno so much better in the LP than the SP. He skated to Tango music and fought his way to silver. I liked how he never gave up and his 3 axel 3 Toe combination was one of the most explosive things I’ve ever seen in skating.

The Canadians next to me left before Fernandez. Huh? I’m trying to imagine how many ski races in Garmisch I would have had to leave early, if I had left after every disappointing performance by Aksel…

Javier Fernandez‚ „Elvis“ LP was even shakier than the one from Euros and catapulted him out of the medals.

As we had no intention to watch the complete FD, we went to town again and had lunch at some Mexican restaurant. Nevertheless, we managed to be back at the rink during group 1. Us skipping parts of a competition never seems to work out…

Nicolaj Sørensen must be very handsome because I mentioned again in my notes how „easy on the eye“ he is.

I liked Tobias & Tkachenko’s „Swan Lake“. And not just because I’ve always had a soft spot for him…

One can’t thank Kaliszek & Spodyriev enough for their music choice: their „Dirty Dancing“ was hands down the most fun to watch FD of the whole night. If someone had told me in the 90’s about Sylwia Nowak choreographing the most entertaining FD for 2017 World, I would have laughed (because I had Nowak & Kolassinski in the „boring“ category).

I called the third group „the Spanish group“ because it consisted of two Tangos and „Concerto de Aranjuez“. Therefore kudos to Cappellini & Lanotte for choosing „Charly Chaplin“.

Because nothing was able to grab my attention, I started to wonder why I don’t like today’s ice dancing that much anymore. I came to the conclusion the dancers are spending ¼ of their FDs with going in and out of lifts and doing them. Add the unnerving dance spin and the twizzles and there is not much left for REAL dancing.

After the last group, I was more than ready to dig out an old ice dance tape with footage from the 90’s…

I kind of liked Chock & Bates but, unfortunately, they had a disastrous skate.

All the other teams of the last group looked like they were competing in „Dancing with the Stars“ – all of them doing „contemporary“. The only difference to the TV show: they were not barefoot. Yes, it’s nice Papadakis & Cizeron „invented“ something new with their FD from 2014/15 but must they go on doing the same FD over and over again? And must everyone copy them? Yes, there have always been „trends“ in ice dancing (the story-telling from the early 90’s, going back to „real“ dancing for 1994 Olys etc.) but it has never been lacking diversity as much as it does right now. I was seriously craving some Russian folk at the end of this FD. Or some „Man in the Iron Mask“. Hell, I would have even taken something by the Duchesnays… 😉