I’m surprised about myself being super motivated to watch the FD on Saturday morning as I had been extremely bored by the FD at Worlds in Helsinki. But here in Oberstdorf, it was a totally different story. Either because the typical „contemporary“ freedance from last year ist out of date or because it’s only done by the top group of ice dancers in the world. At least here at Nebelhorn, the music choices have been very diverse.

I made it to the rink for the second group. 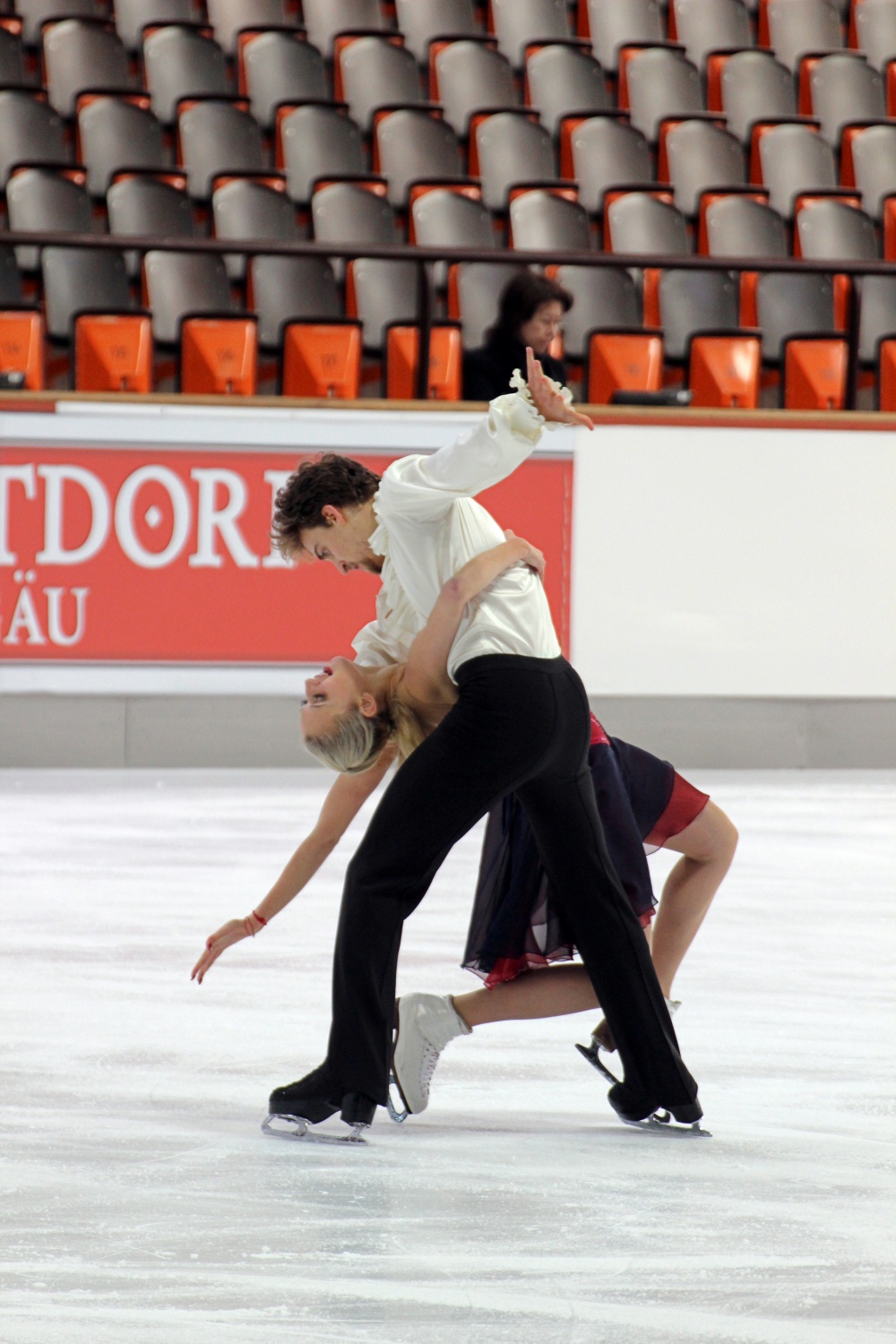 Yanovskaya & Lukacs had a dramatic FD to „Phantom of the Opera“. I have to mention it again: she’s gorgeous. 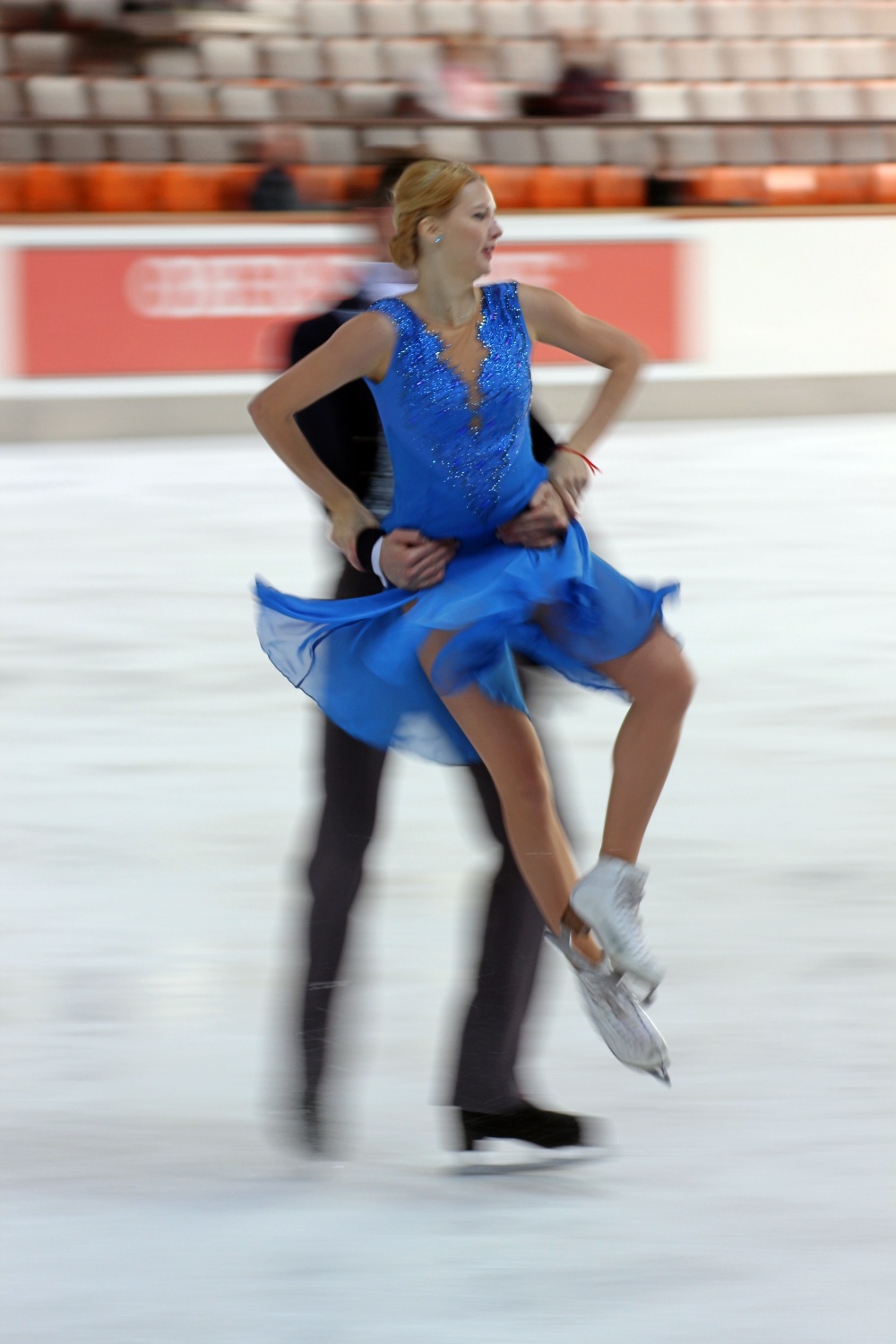 Kavaliova & Bieliaiev – my personal sports photo of the year. I’m quite proud of it… 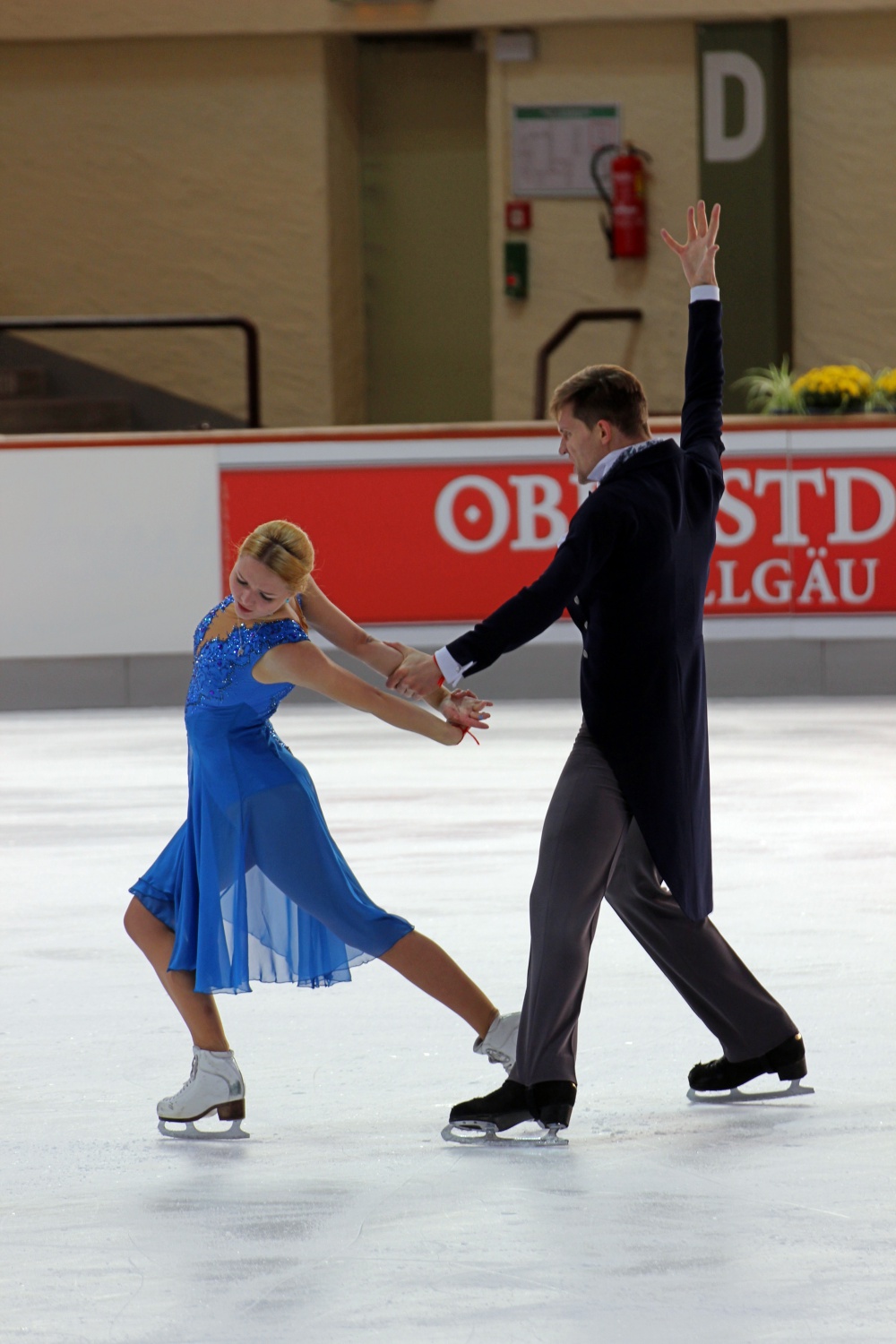 I really enjoyed Jakushina & Nevskiy’s jazzy „Gigolo“ FD.  They are coached by Zhulin, just like Kavaliova & Bieliaiev who also had a nice waltz FD.

Manta & Johnson are as small as the average US American ice dancer seems to be these days. I found their FD a bit cheesy and they had a fall. 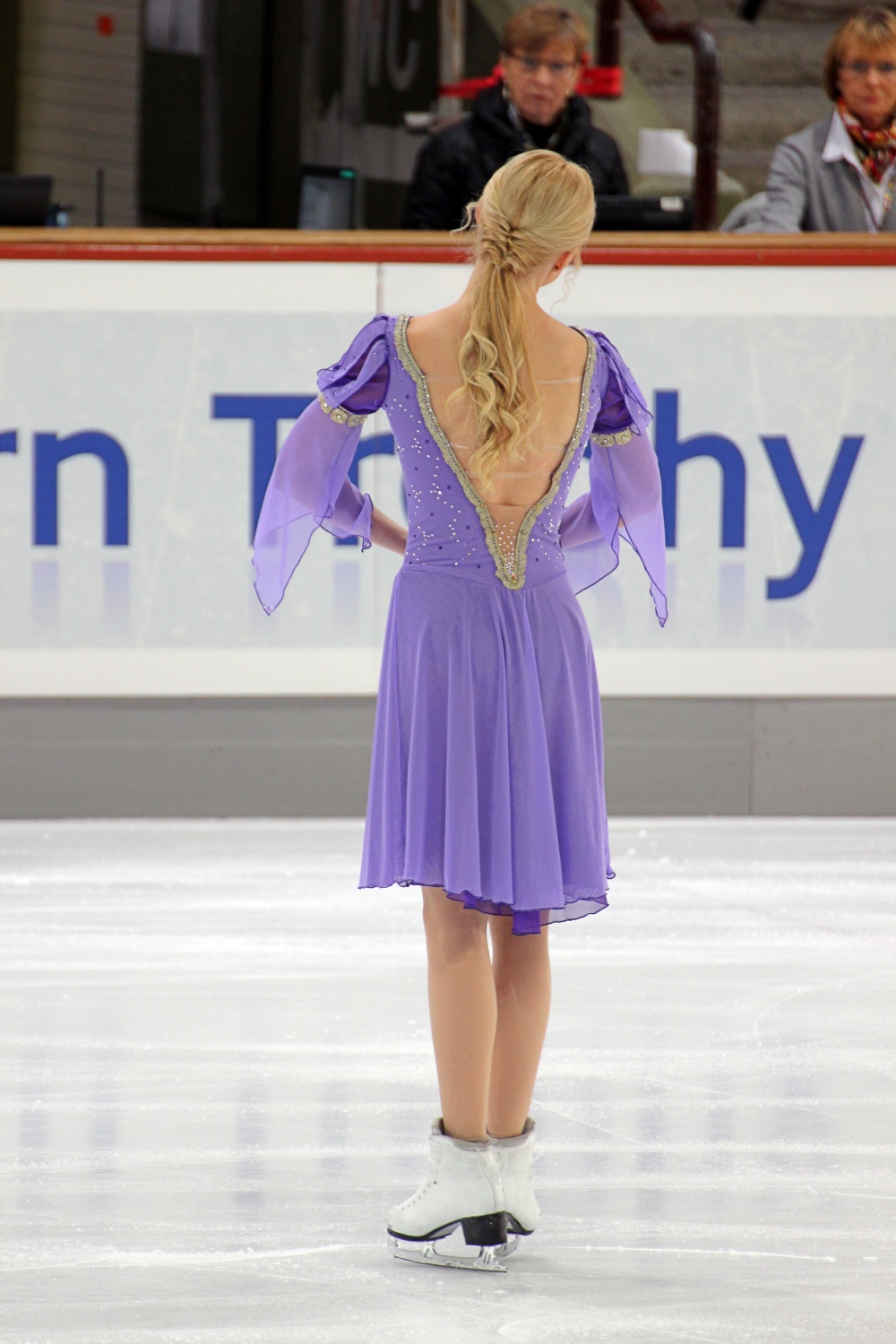 I found Sales & Wamsteeker’s idea of a program to middle age music interesting but, unfortunately, the music was a bit too monotonous for my taste. Plus, their program was marred by a hard fall at the end. 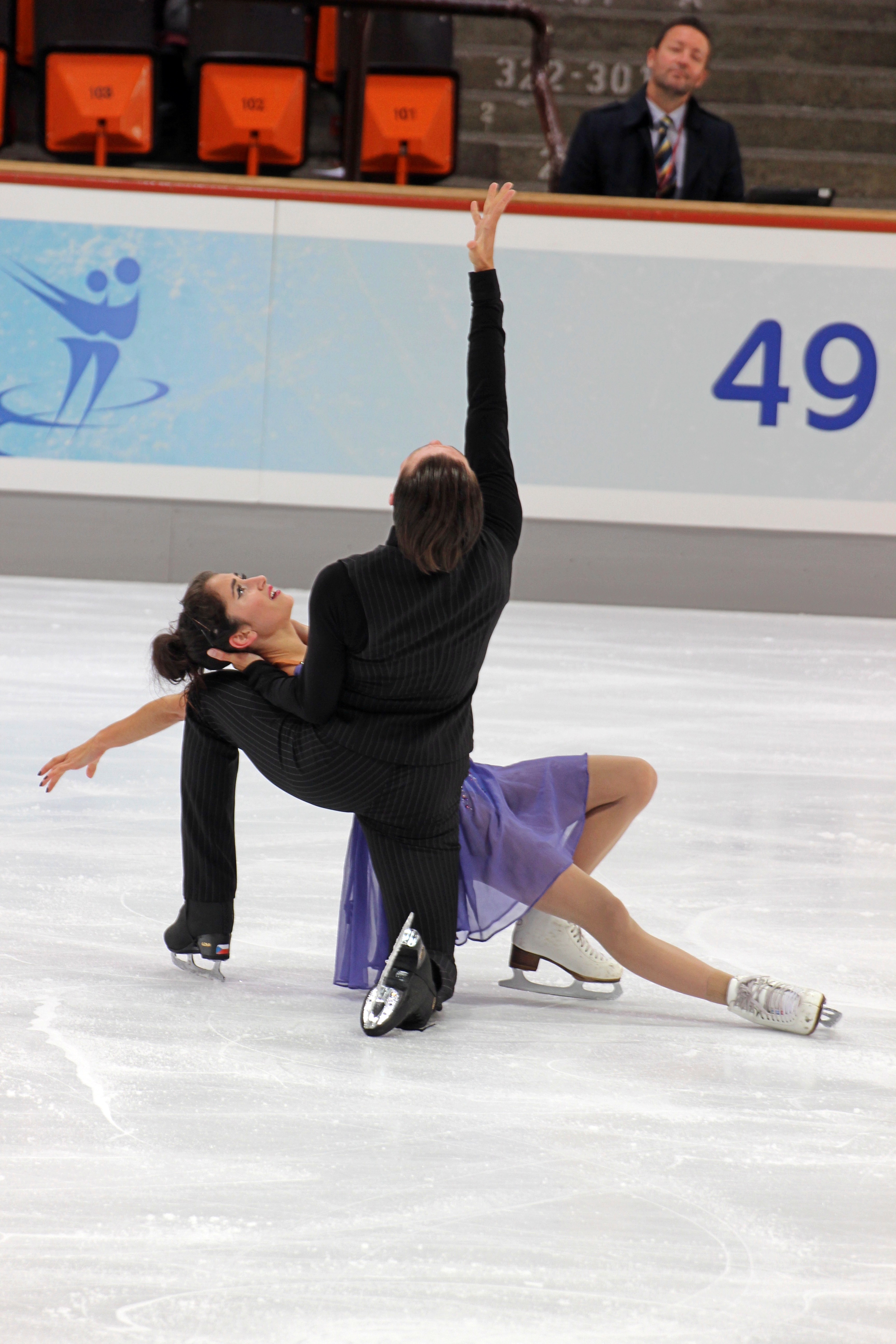 Mansour & Ceska have some cute elements because she is so tiny. There were a few relatives sitting behind me during this FD and Cortney and Michal both joined them after their performance. At first, Cortney was in tears because she thought they hadn’t qualified for the Olympics. When Törn & Partanen could not keep up with their good result from the OD, the sad tears of Cortney became happy tears because they finally qualified. This was so moving to watch. 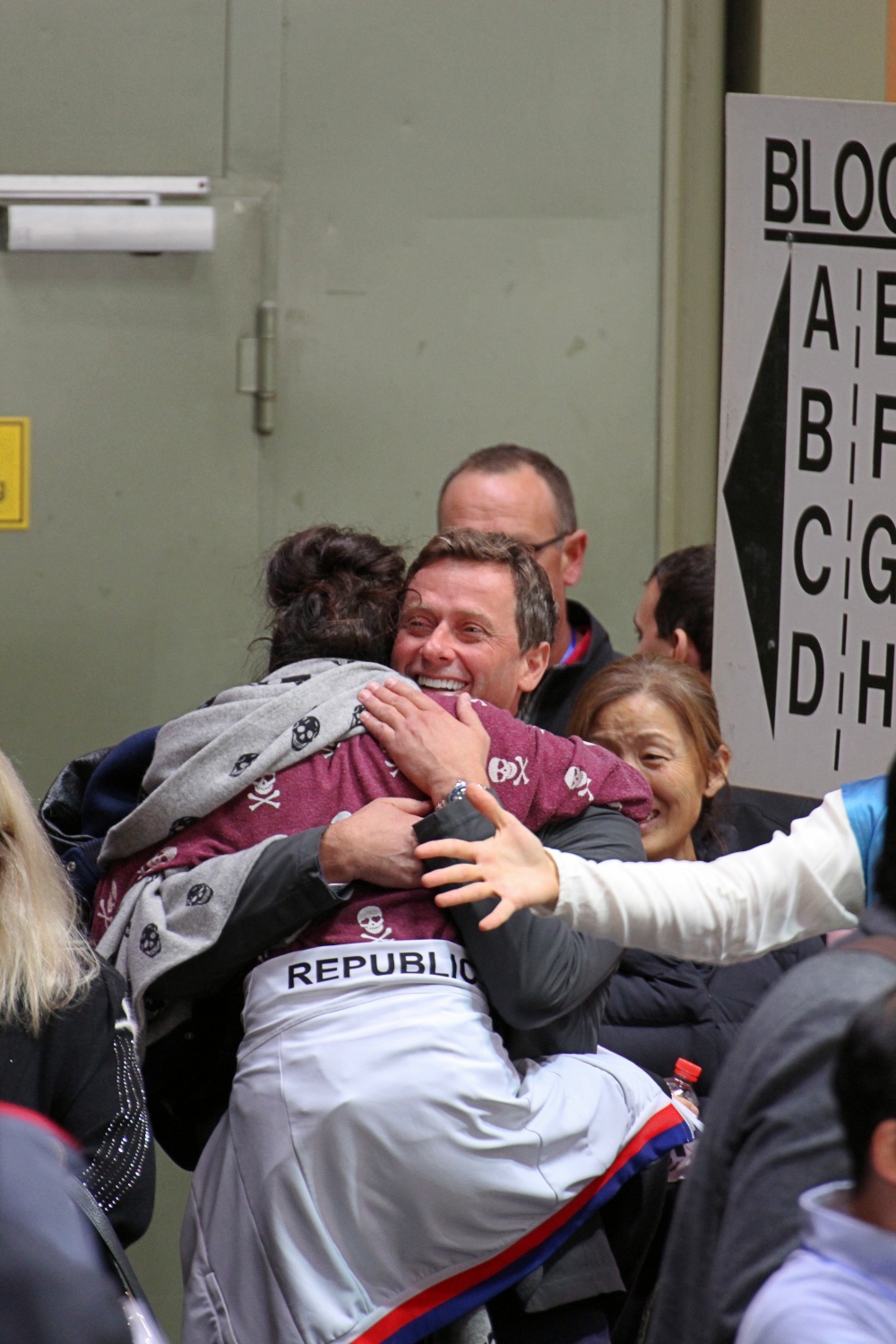 Mysliveckova & Csolley’s „Cabaret“ program was probably my favourite performance of the night. So entertaining! 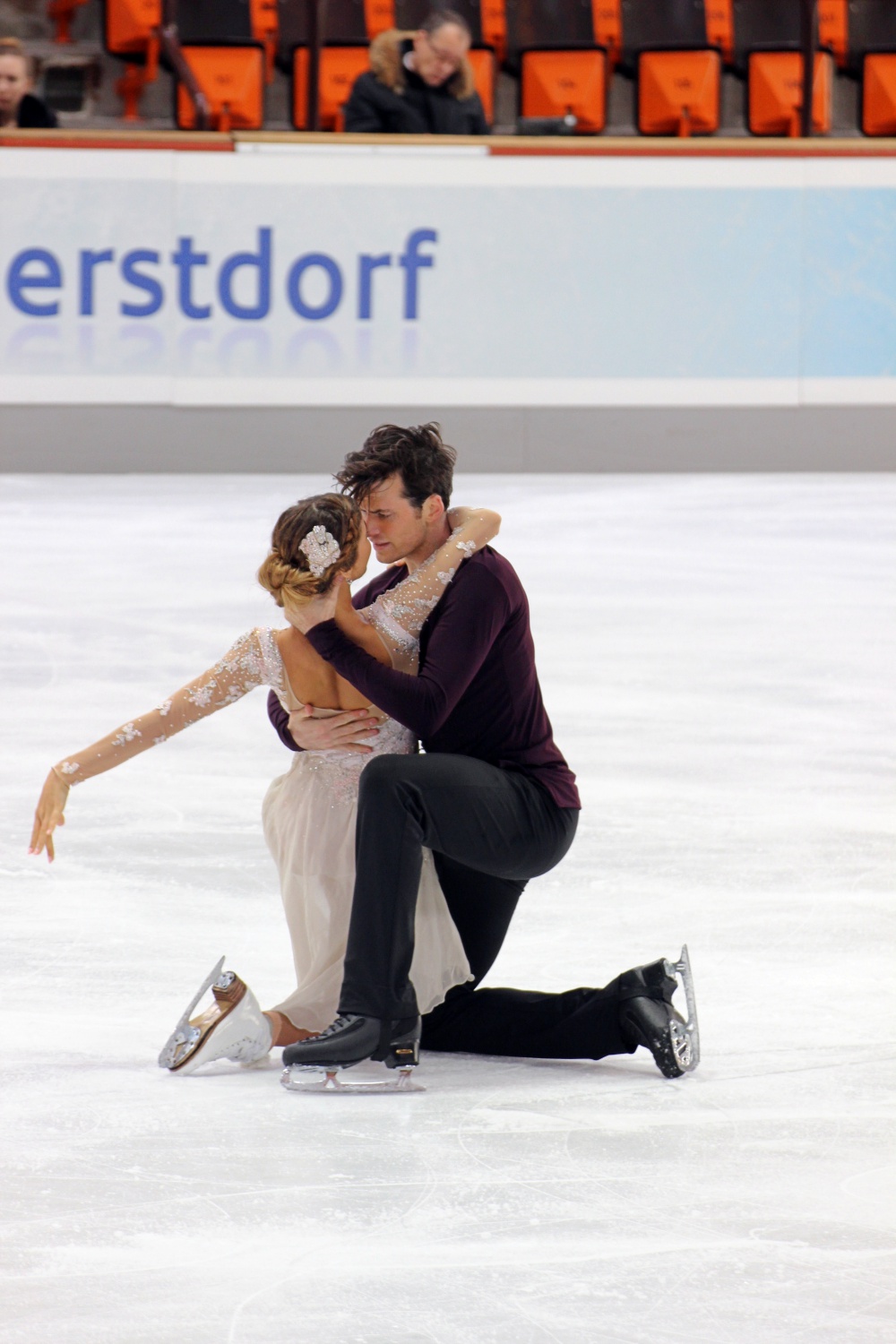 Just like during the OD, I enjoyed Garabedian & Proulx-Senecal and their dramatic FD to „Romeo & Juliet“ from Nino Rota. 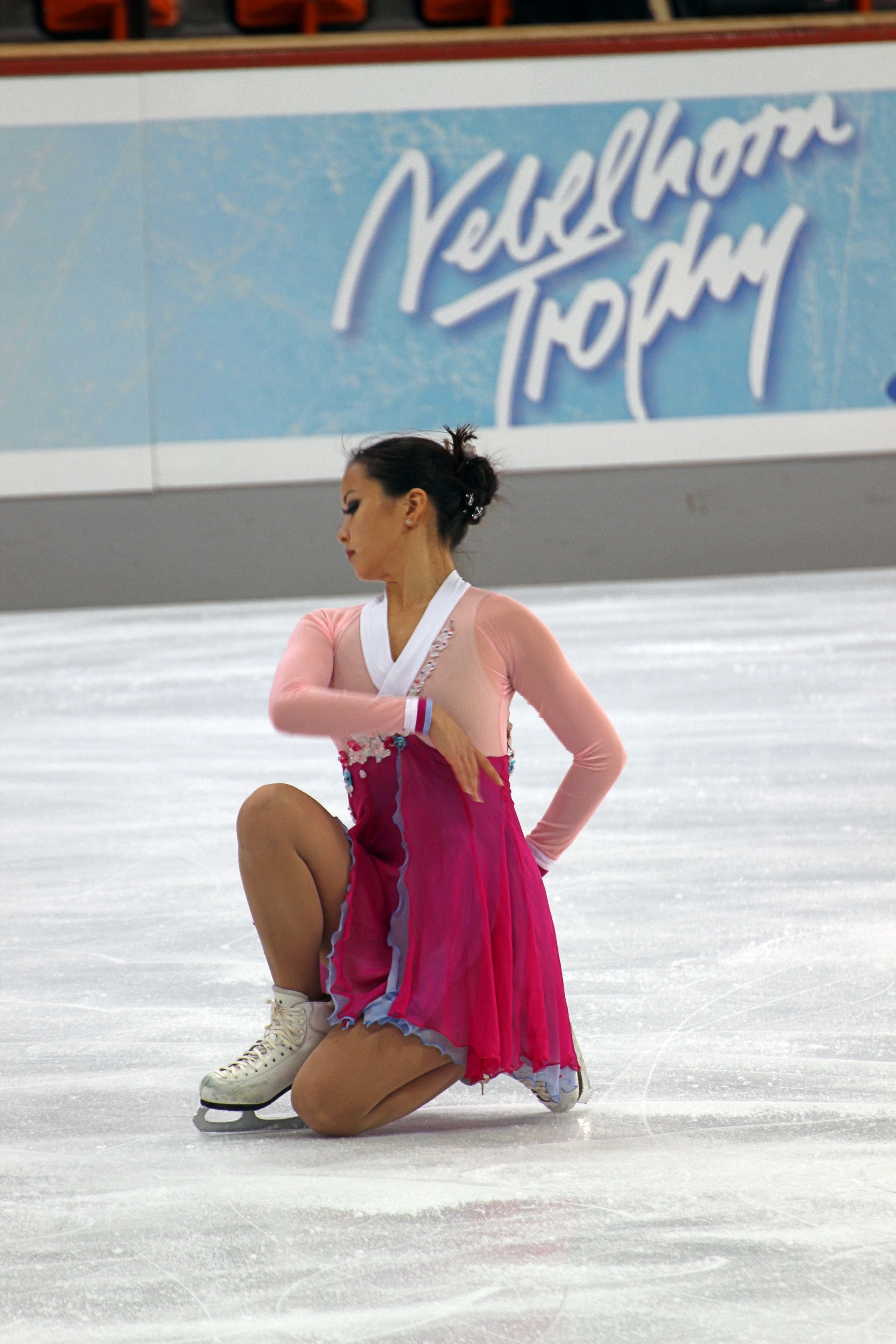 Min & Gamelin also had chosen some dramatic music but theirs was of Asian origin. Maybe a tribute to the Olympics in their (her) home country?! Leads me to the question: would have Lorenz & Polizoakis skated to German Oktoberfest music if the 2018 Olympic Games had been given to Garmisch-Partenkirchen (which had also applied for these Games)?

Törn & Partanen had a kind of old-fashioned FD to music by Frank Sinatra. 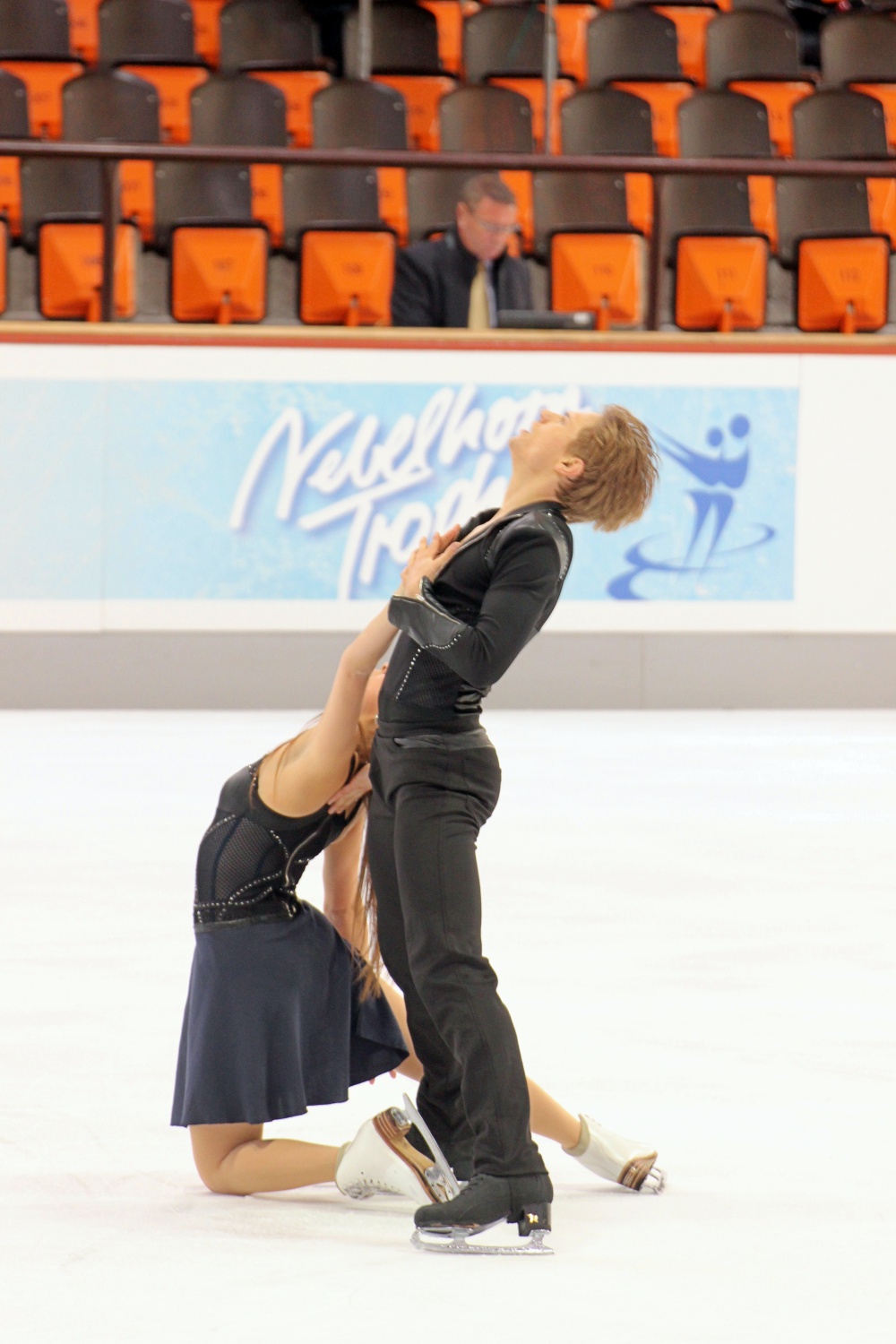 Reed & Ambrulevicius skated to „Stairways to Heaven“ and I finally came to the conclusion who she reminds me of: Christina Beyer (how fitting, we were in Oberstdorf, after all). 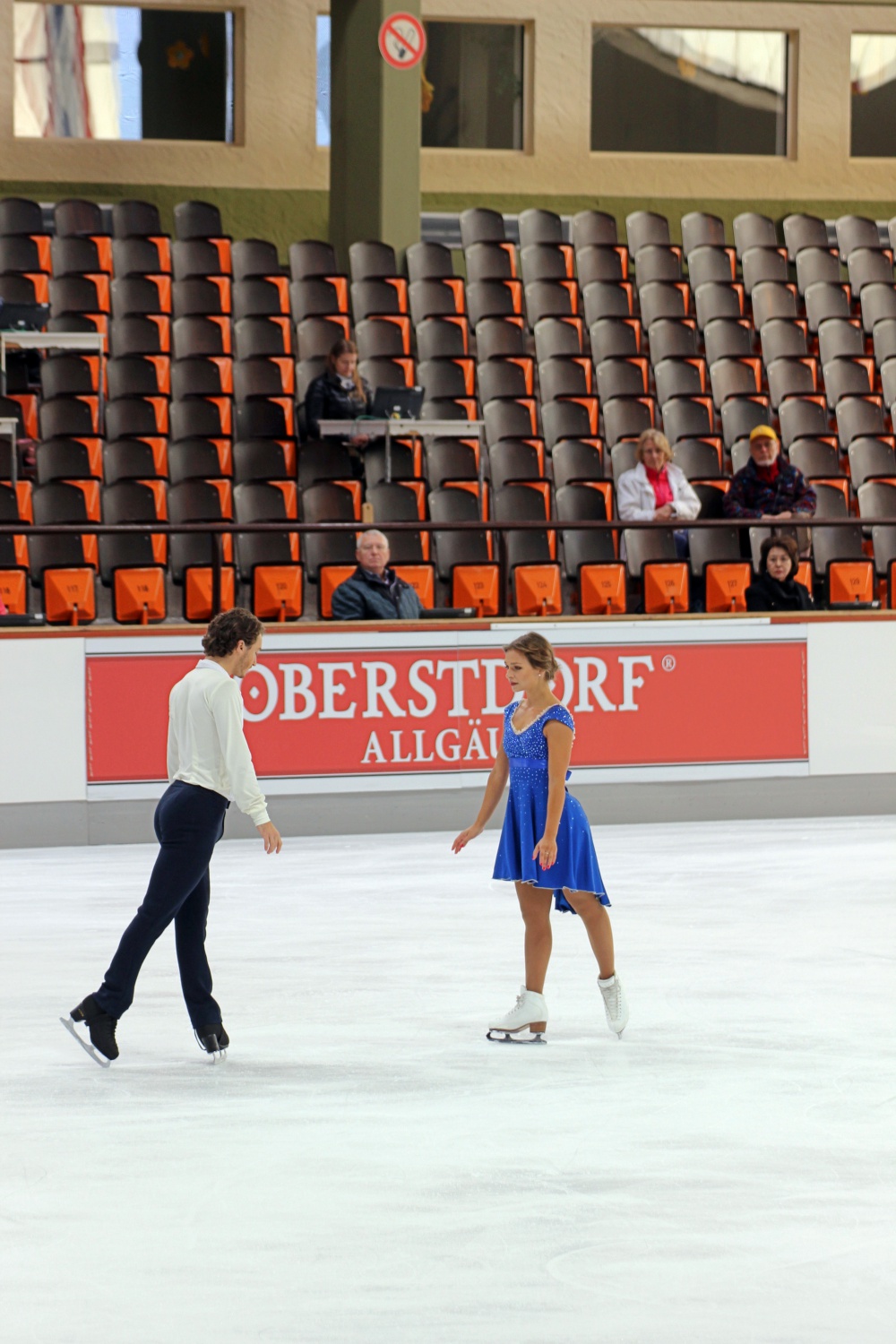 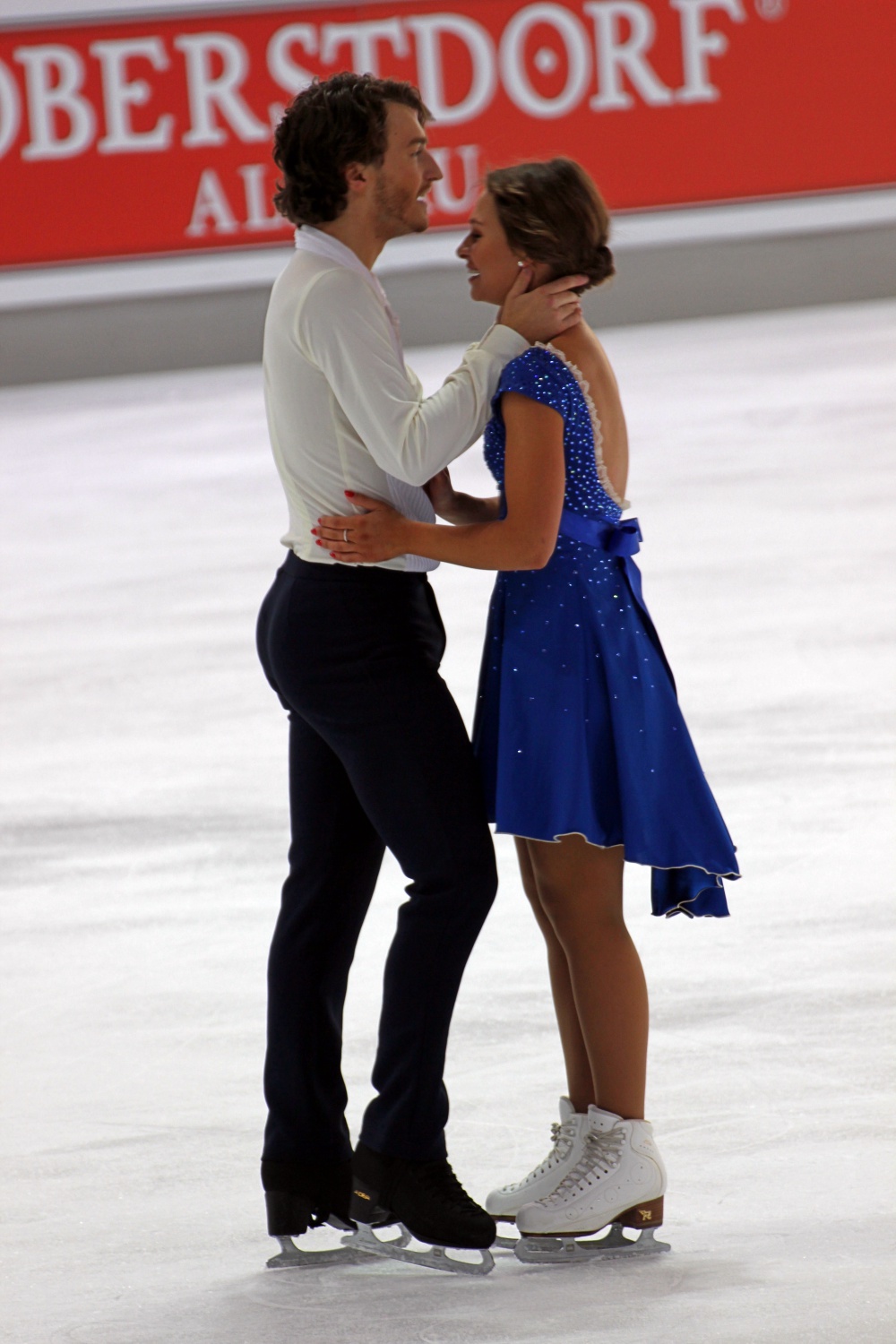 Lorenz & Polizoakis have a dramatic albeit a bit monotonous FD this season. But I’m glad they qualified for the Olympics and I hope they will keep up the concentrated work. 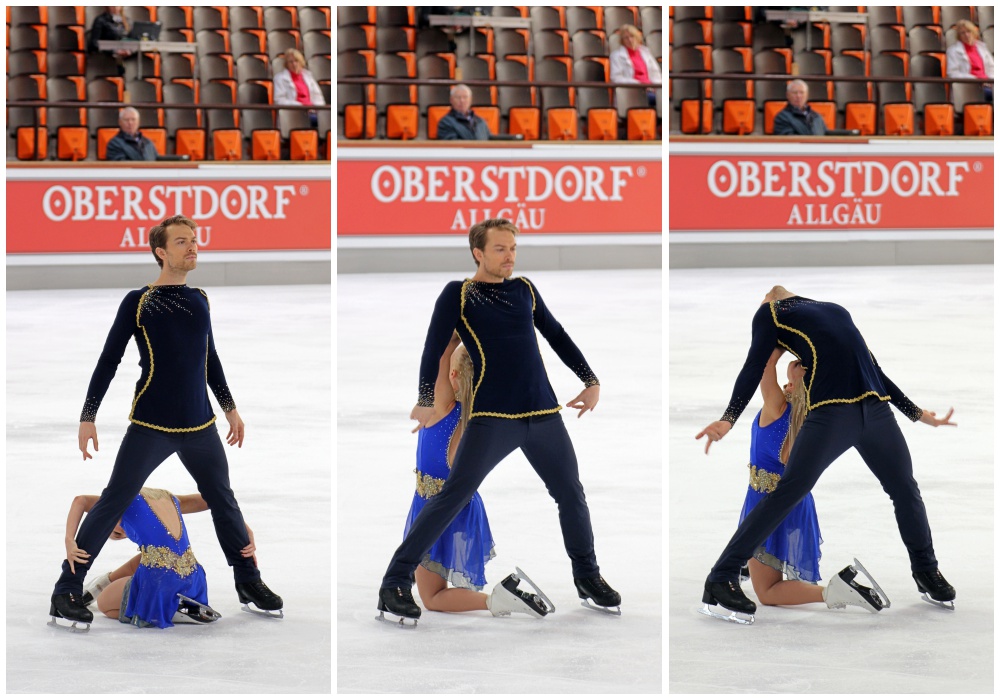 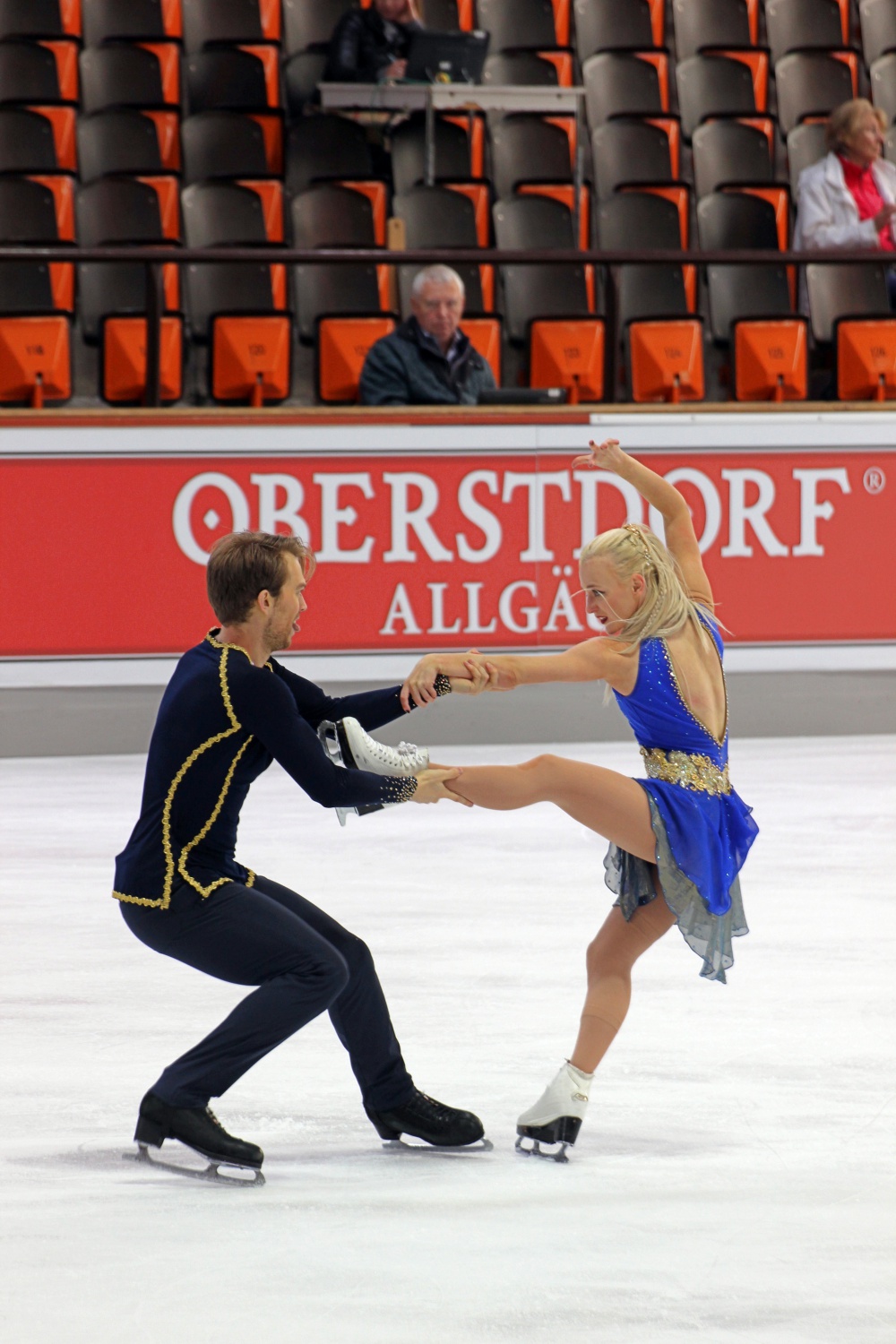 I found Coomes & Buckland’s oriental music also on the monotonous side but they managed to look powerful, anyway. Some of their moves screamed „Christopher Dean“ to me. Hah, I just had a look at their bio and he is indeed listed as their choreographer.

Muramoto & Reed’s music was too tinkly for my taste. 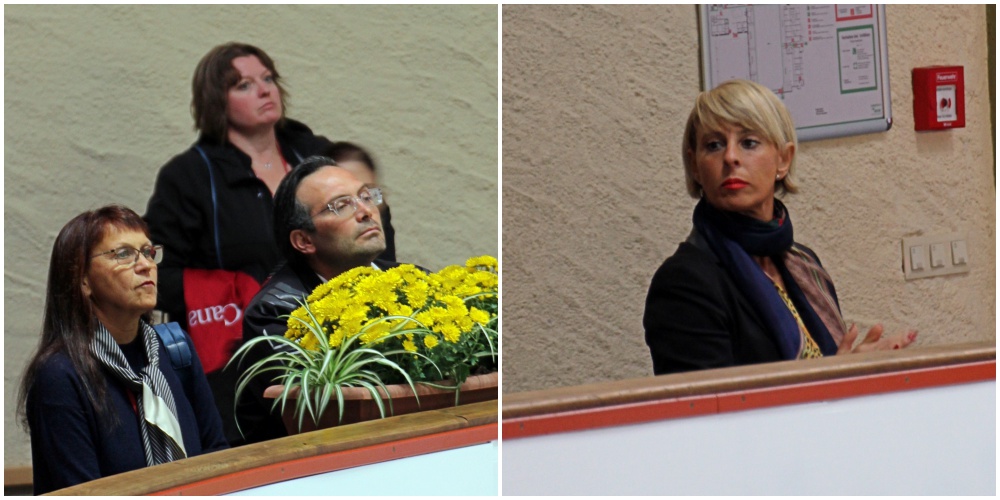 No joke, Fusar-Poli & Margaglio were practically standing next to each other by the boards.

My conclusion after the ice dance competition here at Nebelhorn: maybe, just maybe, the fascination of ice dance is not completely gone for me, anymore…