I don’t want to talk much about the men competition at Nebelhorn. The short as well as the long program were rather weak and Elladji Balde was pretty much the only positive exception. It reminded me of the horrible ladies long program at Bofrost Cup years back (I think Yoshie Onda, Maria Butyrskaya and Elena Liashenko made the podium) or at Euros in Torino 2005 (where Irina Slutskaya won). I was glad I could „entertain“ myself with taking pictures but was at the same time frustrated because the boys rarely hit an aesthetically pleasing pose which is worth being photographed. You want a few examples? Look here: 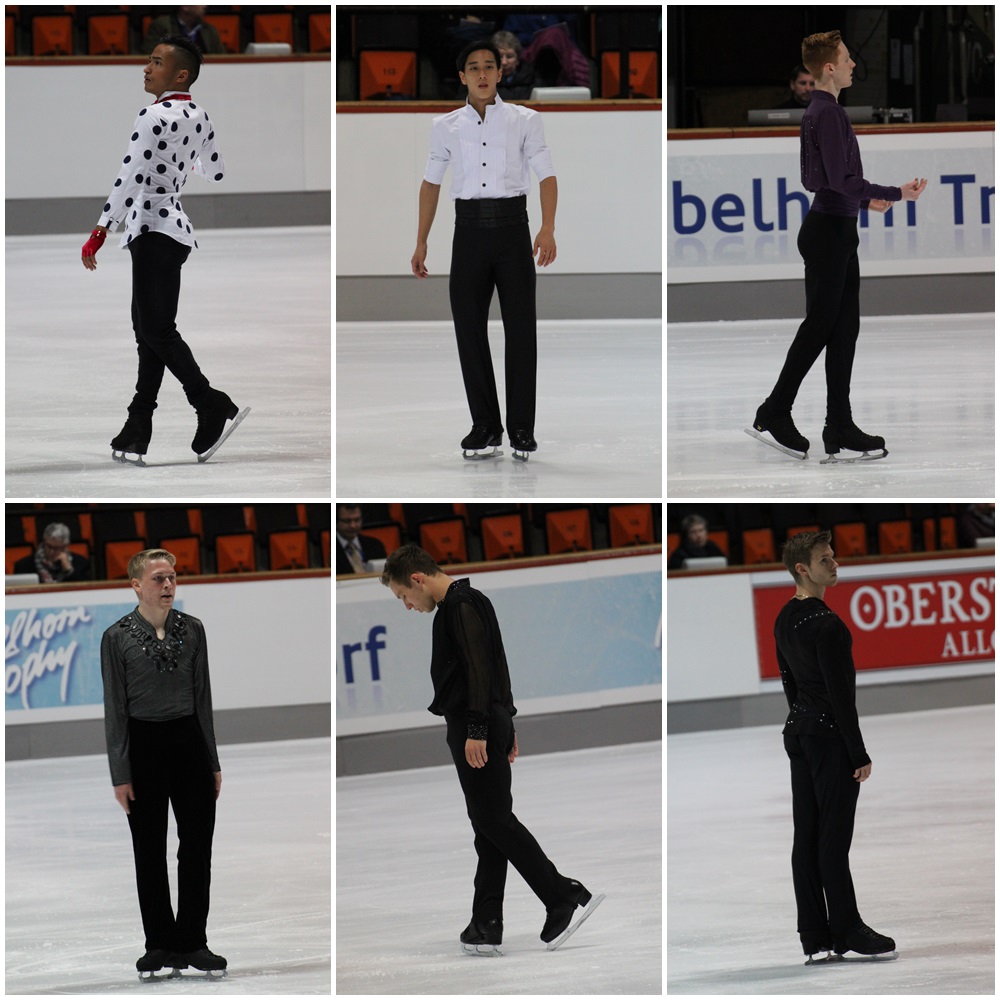 I’m also not sure if allowing music with lyrics is such a great idea. A few skaters made good use of this new opportunity. Konstantin Menshov for example. We’ve already seen him numerous times and he is usually not the most entertaining skater to watch while skating to his usual bombastic music soundtracks. This year, he is interpreting some modern chart music and this suits him just so much better. Unfortunately, many other skaters just let the modern music play in the background and their choreography has zero connection with the music or is pretty much non-existent, anyway. Makes you feel like your at some „ice disco“ at your local rink. If I want to hear modern music from the charts, I turn the radio on (which I rarely do, anyway). At a skating competition, I much prefer „Carmen“ or „Swan Lake“ for the millionth time. If you need an example how performing to modern music is done right, watch the program with the clubs from this season of Russian rhythmic gymnast Margarita Mamun. She knows how to do/shake it.

But there were also some nicer poses:

Elladj Balde gets the honour to be shown three times because he skated by far the best LP (and also a fabulous SP). I was really happy for him because he is one of those skaters a victory at Nebelhorn really means something to.

My personal discovery: Jorik Hendrickx from Belgium. He  is a very elegant and smooth skater. Reminds me a bit of Jamal Othman (those were the days…). But I must also mention his LP to „Titanic“ is strange. It includes whole spoken lines from the movie. We couldn’t help but laugh when Kate screamed: „Jack, Jack…“
Argh, and what’s the problem with the Czech men? We’ve already seen Tomas Verner struggle numerous times at Nebelhorn and now Michal is following in his footprints…