I started into my 2017 Nebelhorn adventure with the Short Dance on Thursday morning. Not sure where this motivation was coming from as I had been super bored by ice dancing at Worlds in Helsinki. Turned out to be the right decision as I found this Latin SD quite entertaining. 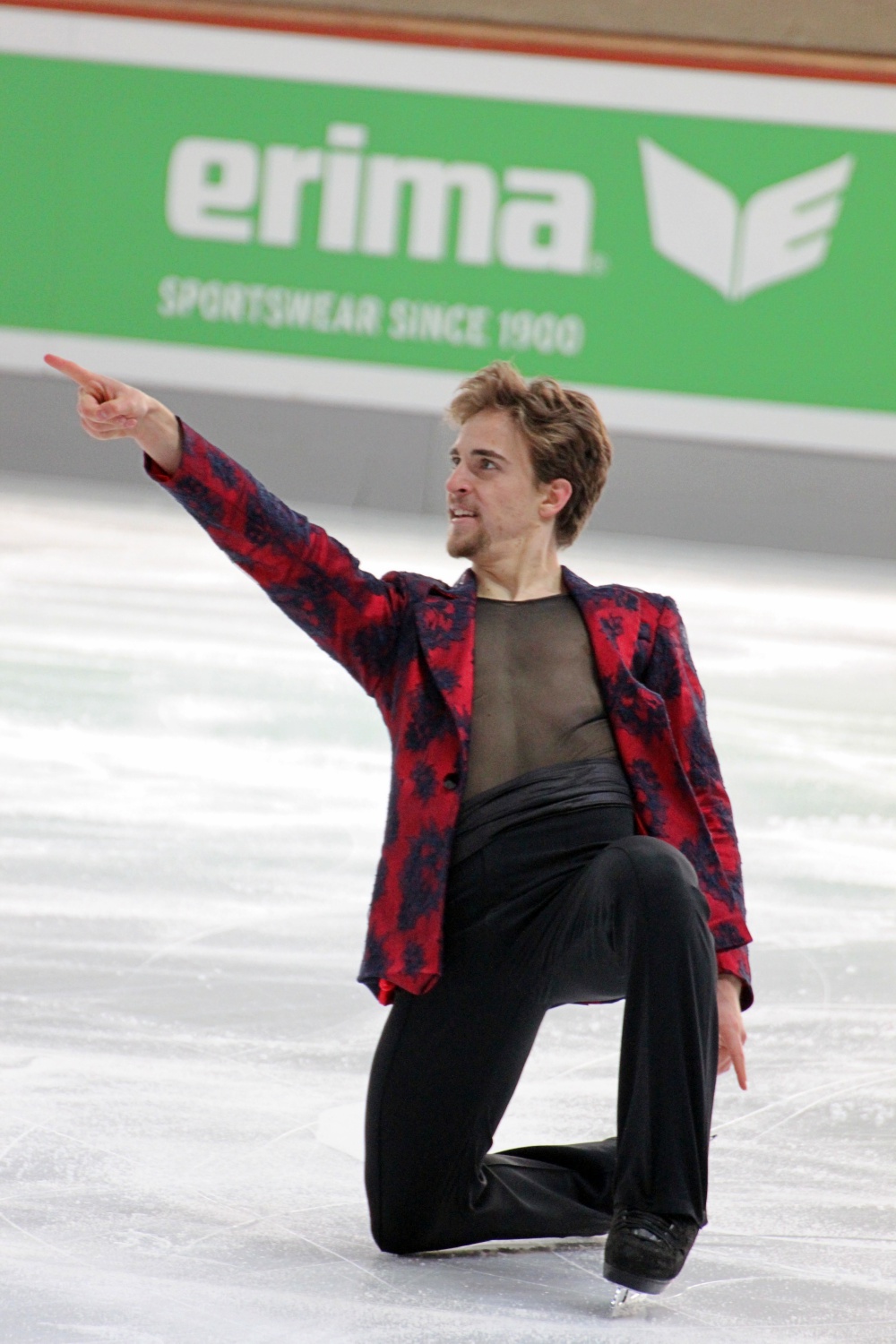 First to skate where Yanovskaya & Lukacs from Hungary. She’s a former Junior World Champion for Russia and I think she’s gorgeous. 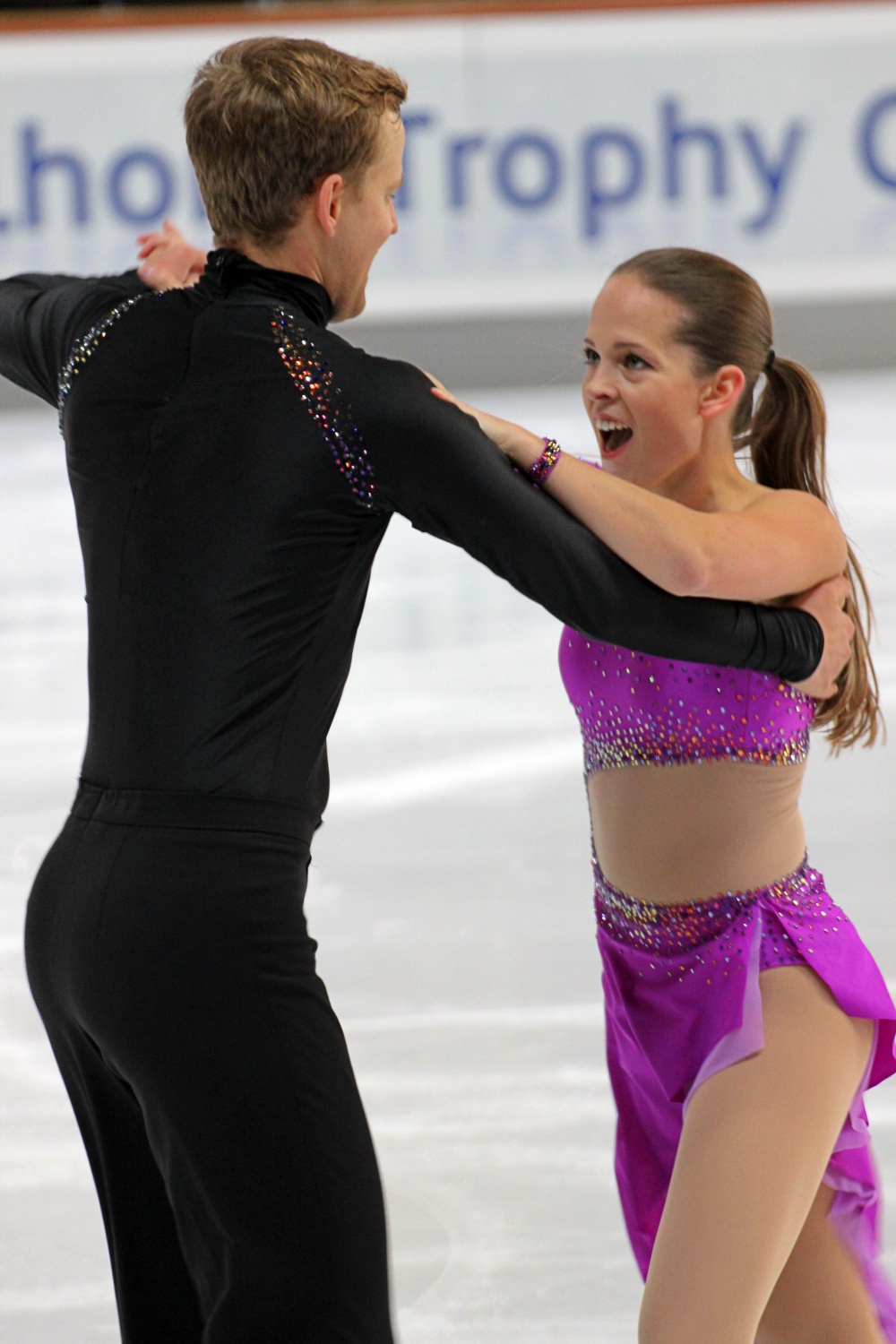 Anyone who remembers Vernekohl & Kurakin’s Shakira FD from Bofrost Cup in Gelsenkirchen ages ago? Malmberg & Nordahl made me think of it because they were just as slooooow… 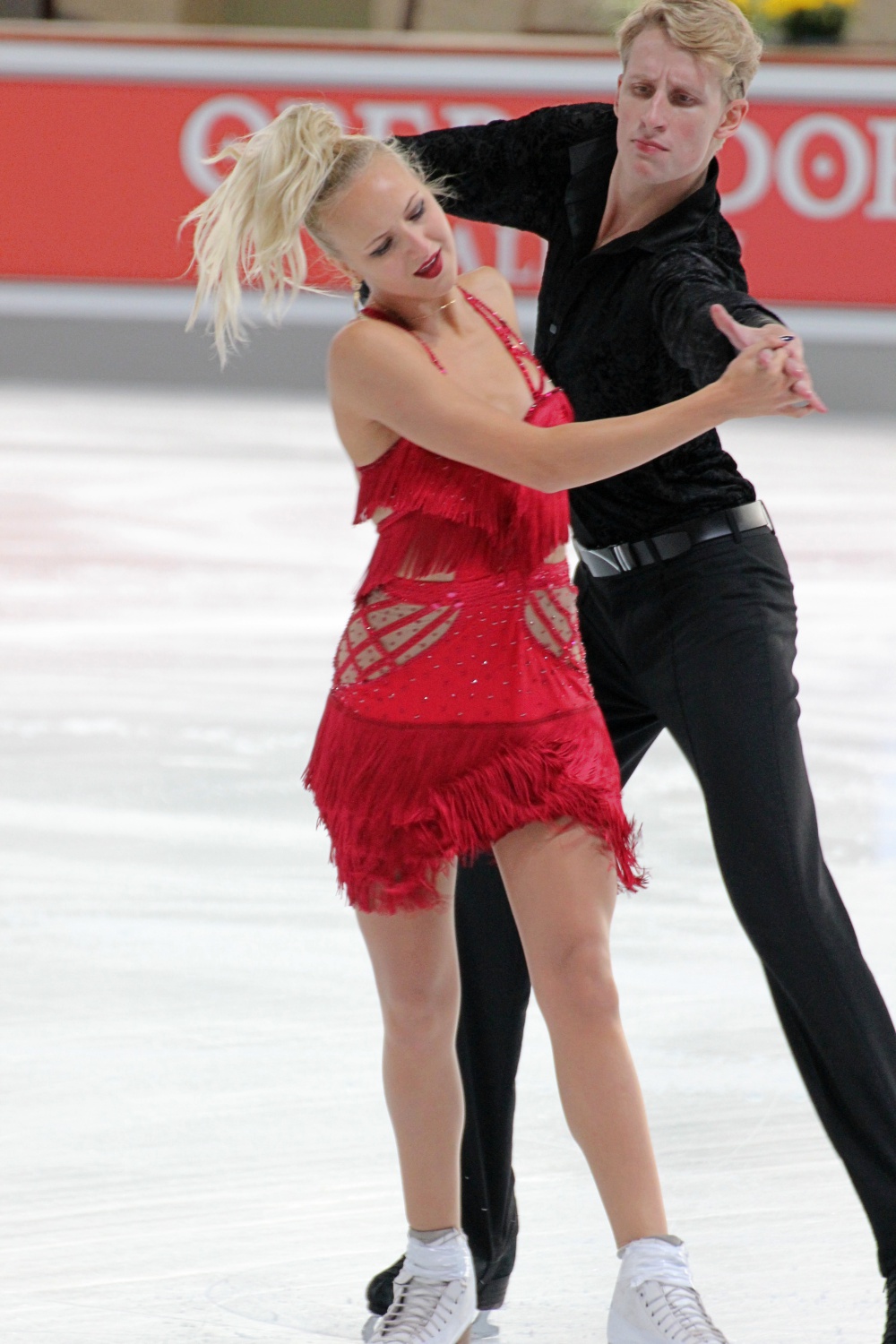 I liked Jakushina & Nevskiy from Latvia. They  were fast and energetic.

Manta & Johnson from the US were a bit too classical/conservative for my taste. 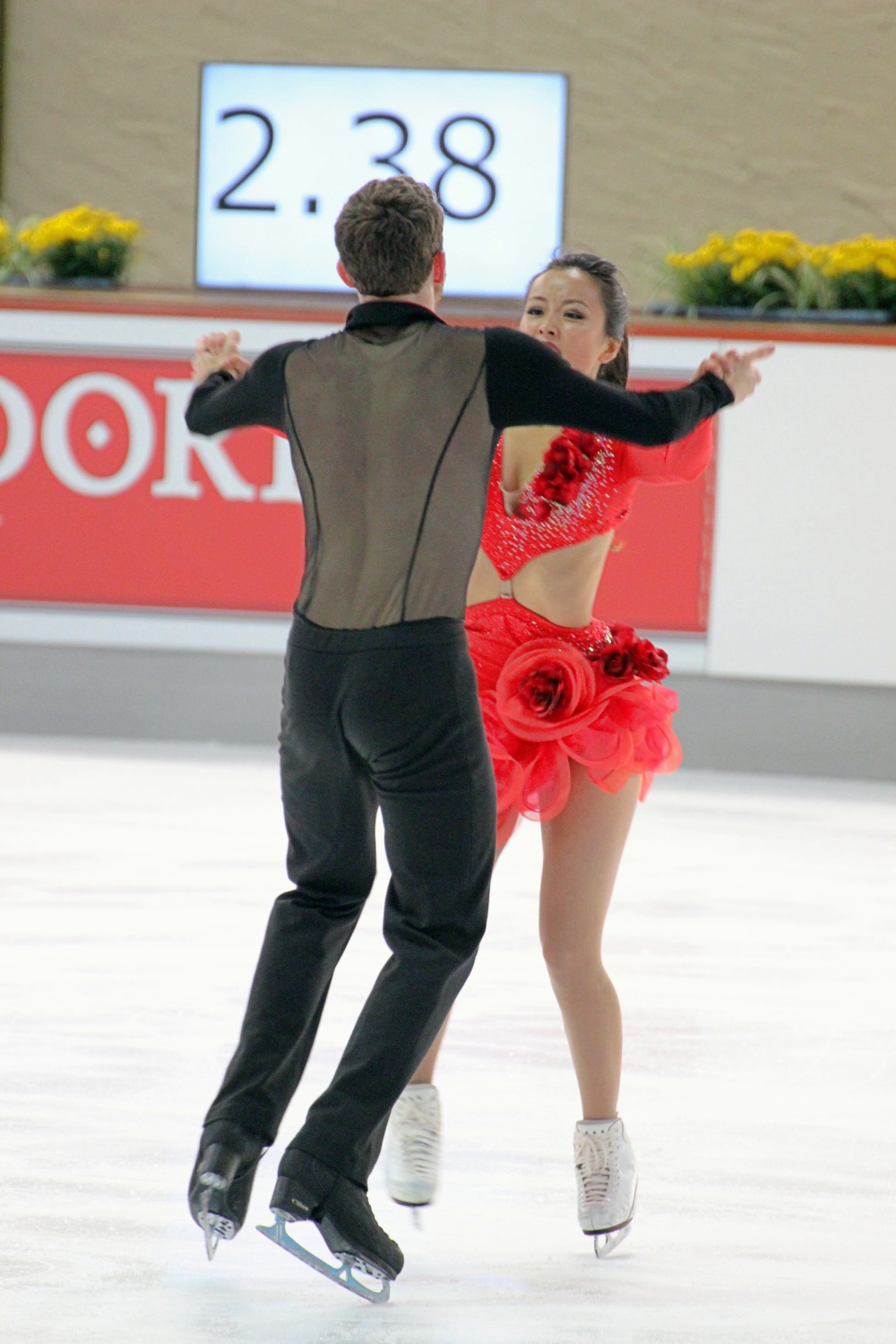 Min & Gamelin from South Korea had a small wobble but I liked them, anyway.

I didn’t have high expectations for Hew-Low & McKernan from Australia but they had me positively surprised. 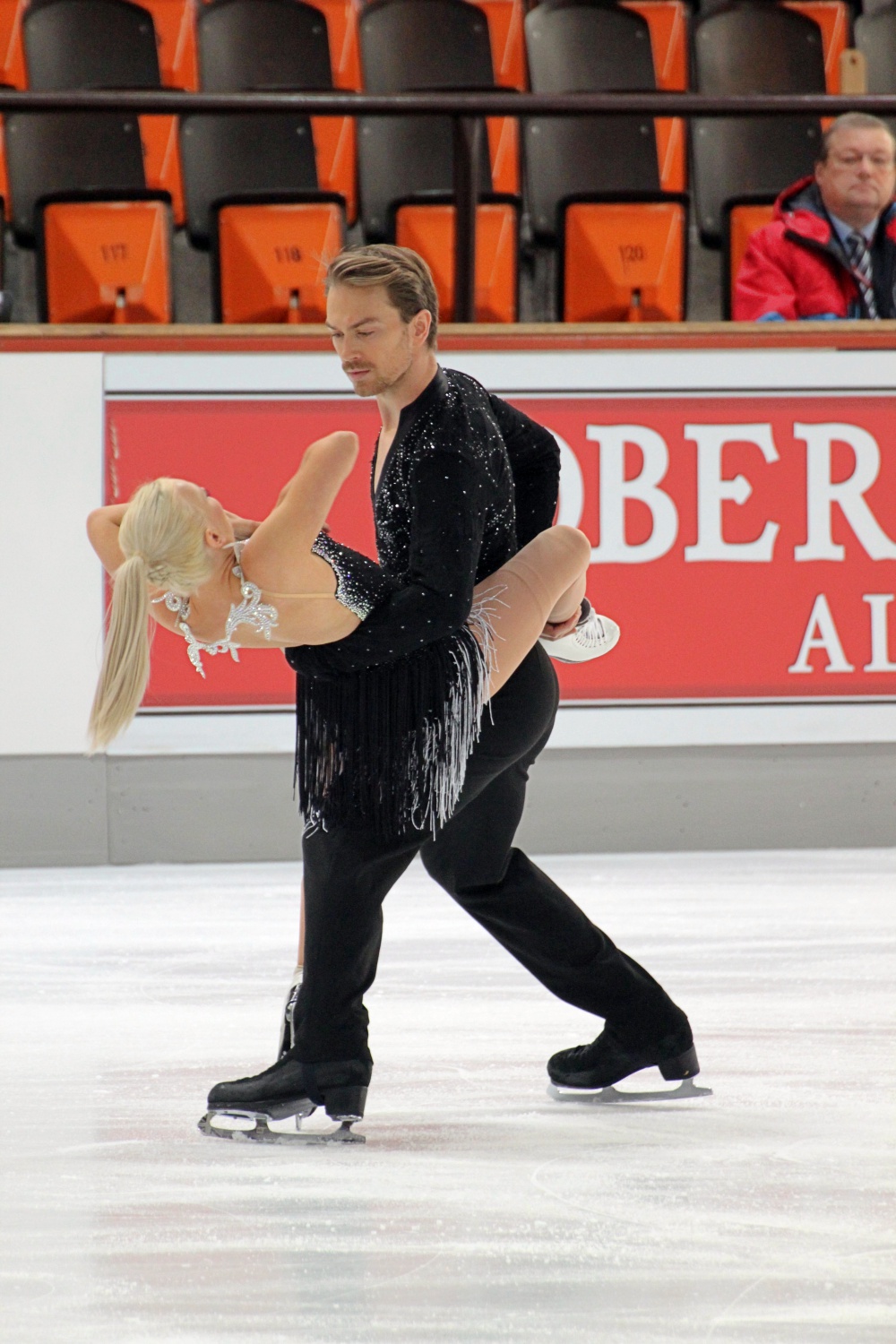 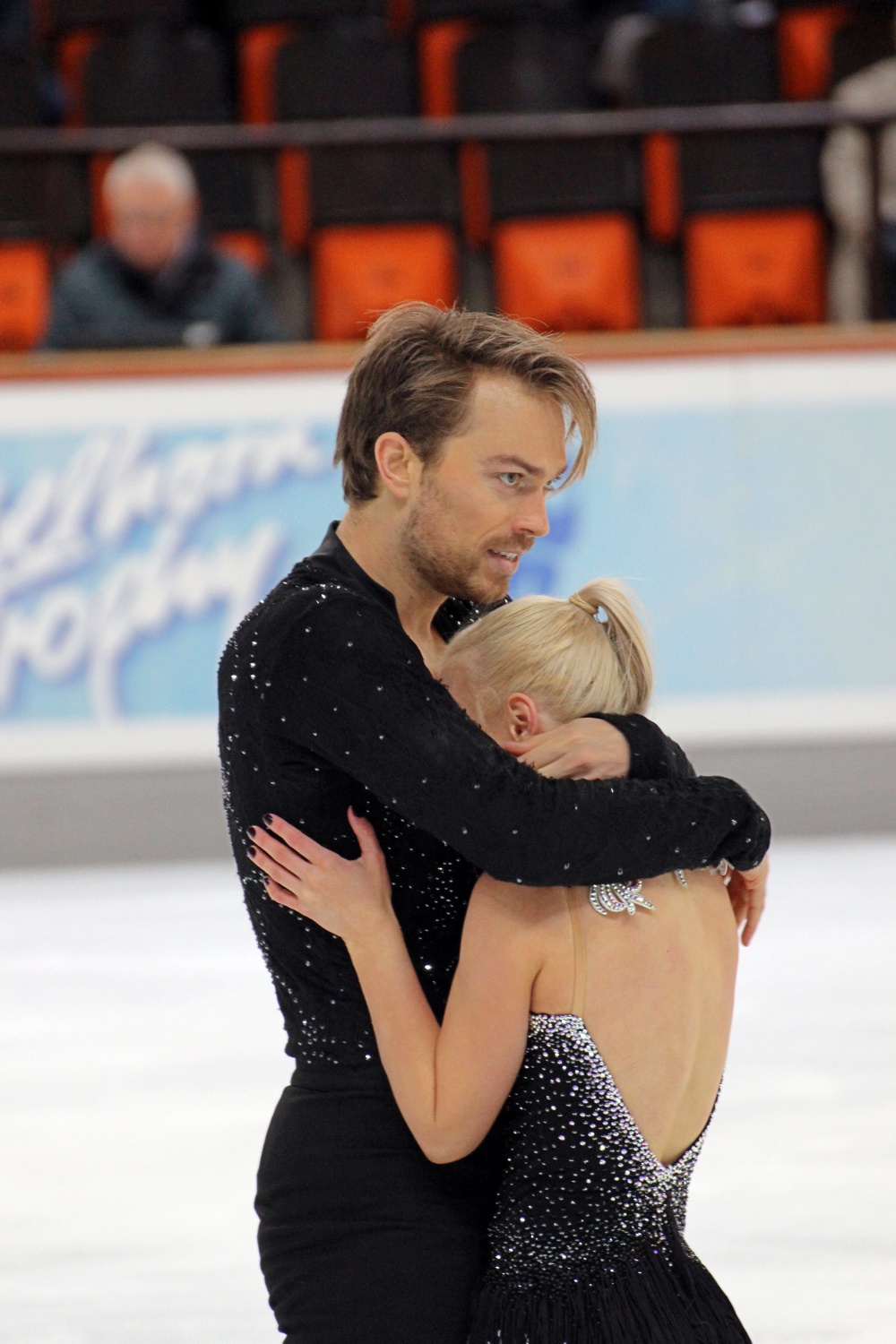 What an emotional moment!

Time for the invasion of the Brits (=huge – for Nebelhorn standards – British fan colony in the stands): Coomes & Buckland made their comeback after her severe knee injury. They were sooo smooth and just a class above the rest of the field. It was a very emotional skate and and especially Penny looked so happy at the end. There were some people connected to them (family? friends? super fans?) sitting behind me and I would have almost cried along with them. 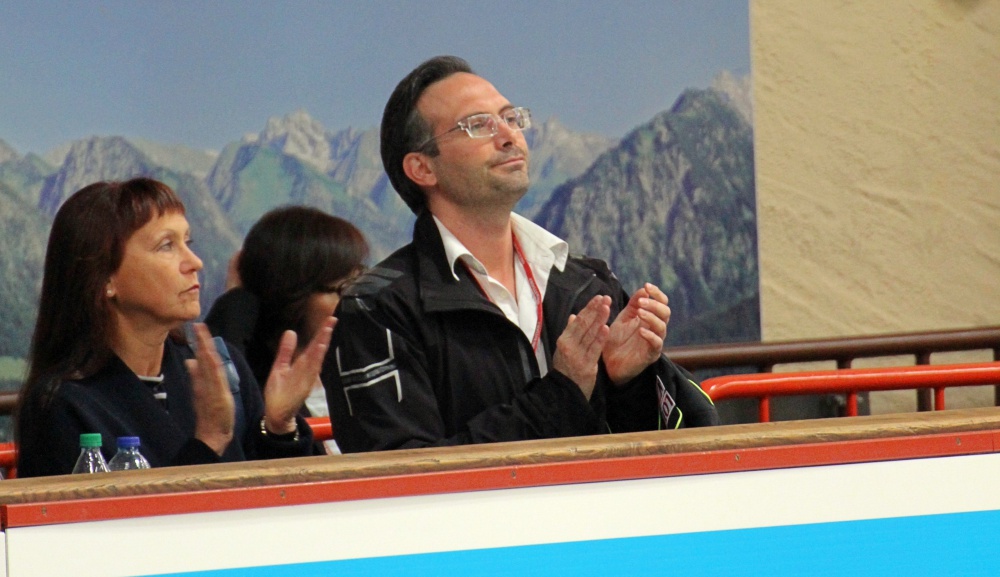 I’ve always had a soft spot for Lucie Mysliveckova and I can remember enjoying Lukas Csolley’s FDs with his ex-partner here at Nebelhorn (one to „The Adams’s Family“, if I’m not mistaken). The two of them as a team are also totally my taste when it comes to ice dance teams. I hope they’ll keep on skating together. 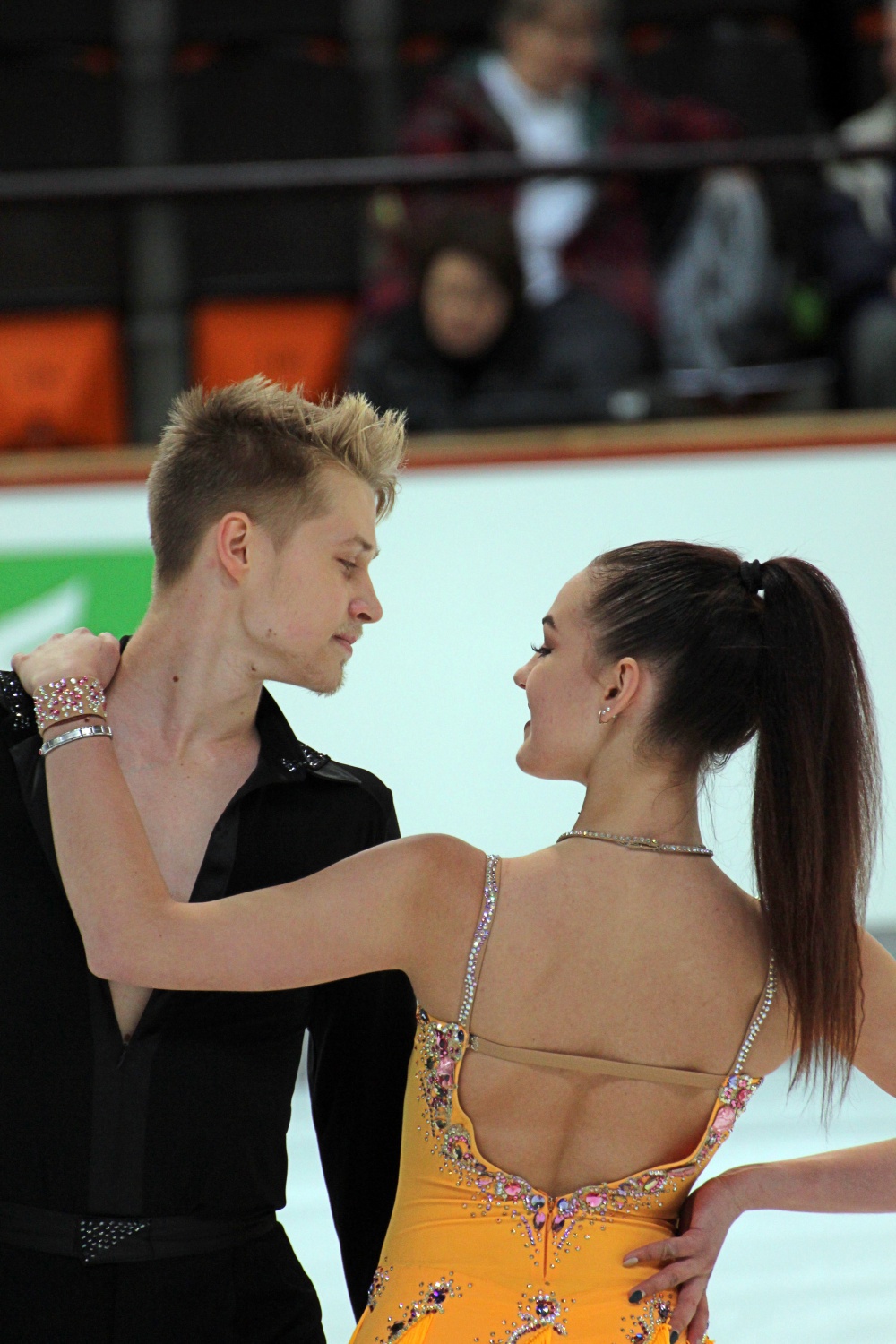 Semenjuk & Gruzdev from Estonia looked very concentrated and were not really selling their program to the audience. 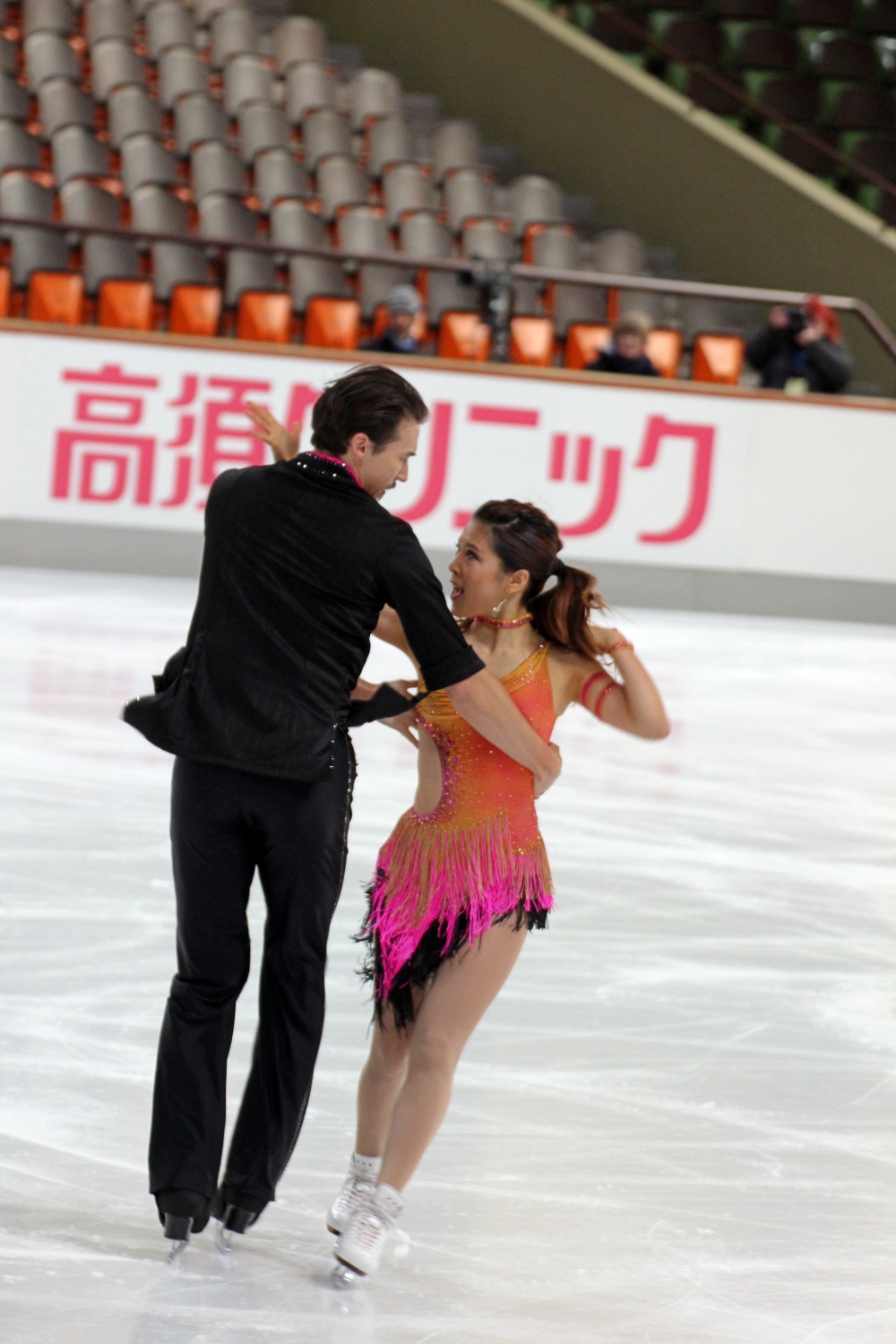 I loved Kana Muramato’s braid and Chris Reed’s over the top facial expression made me smile and think of that one Japanese ice dancer from more than a decade ago who used to have an even more expressive face. Can’t remember his name, though. 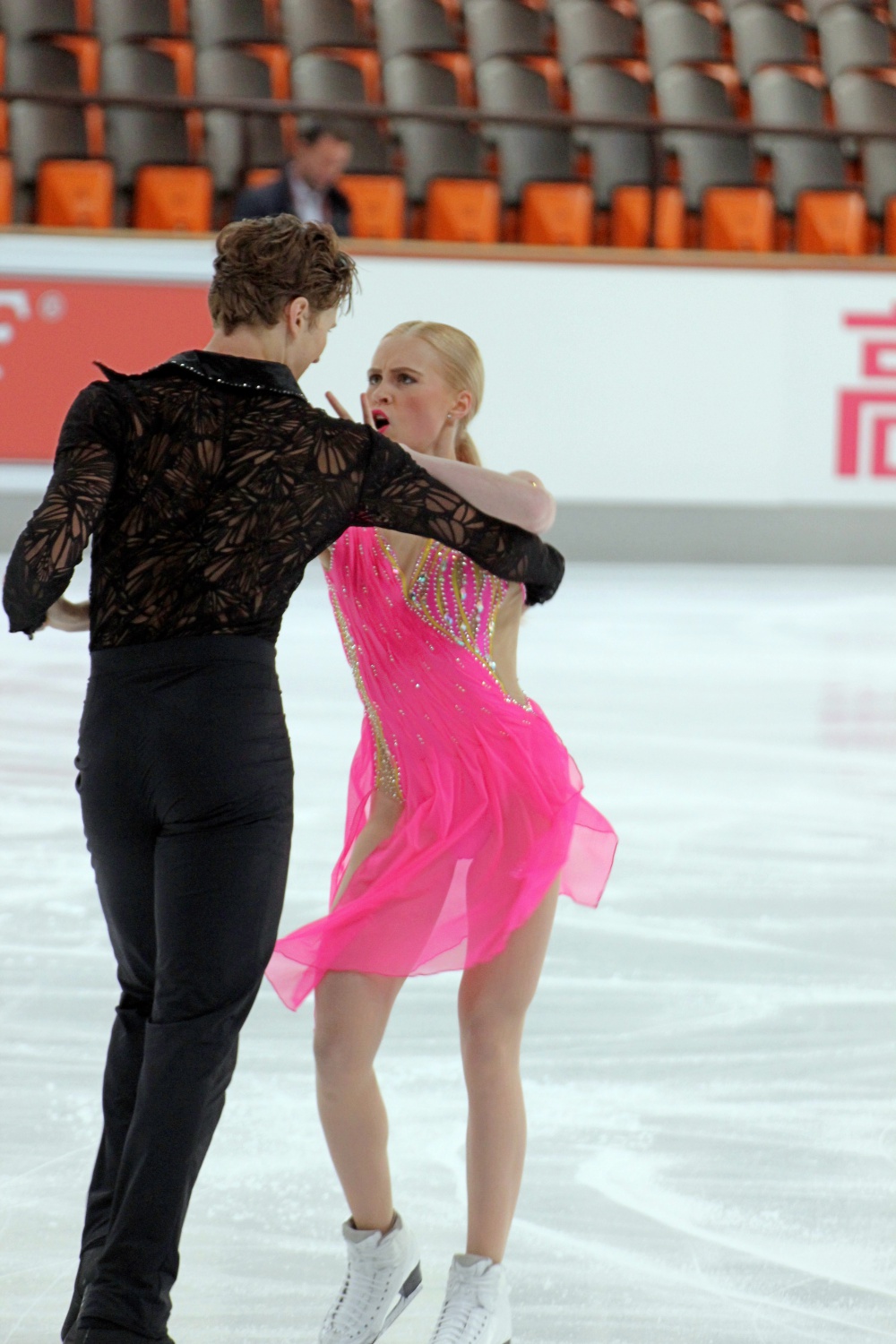 Sales & Wamsteeker from Canada left the same conservative impression on me like the team from the US. 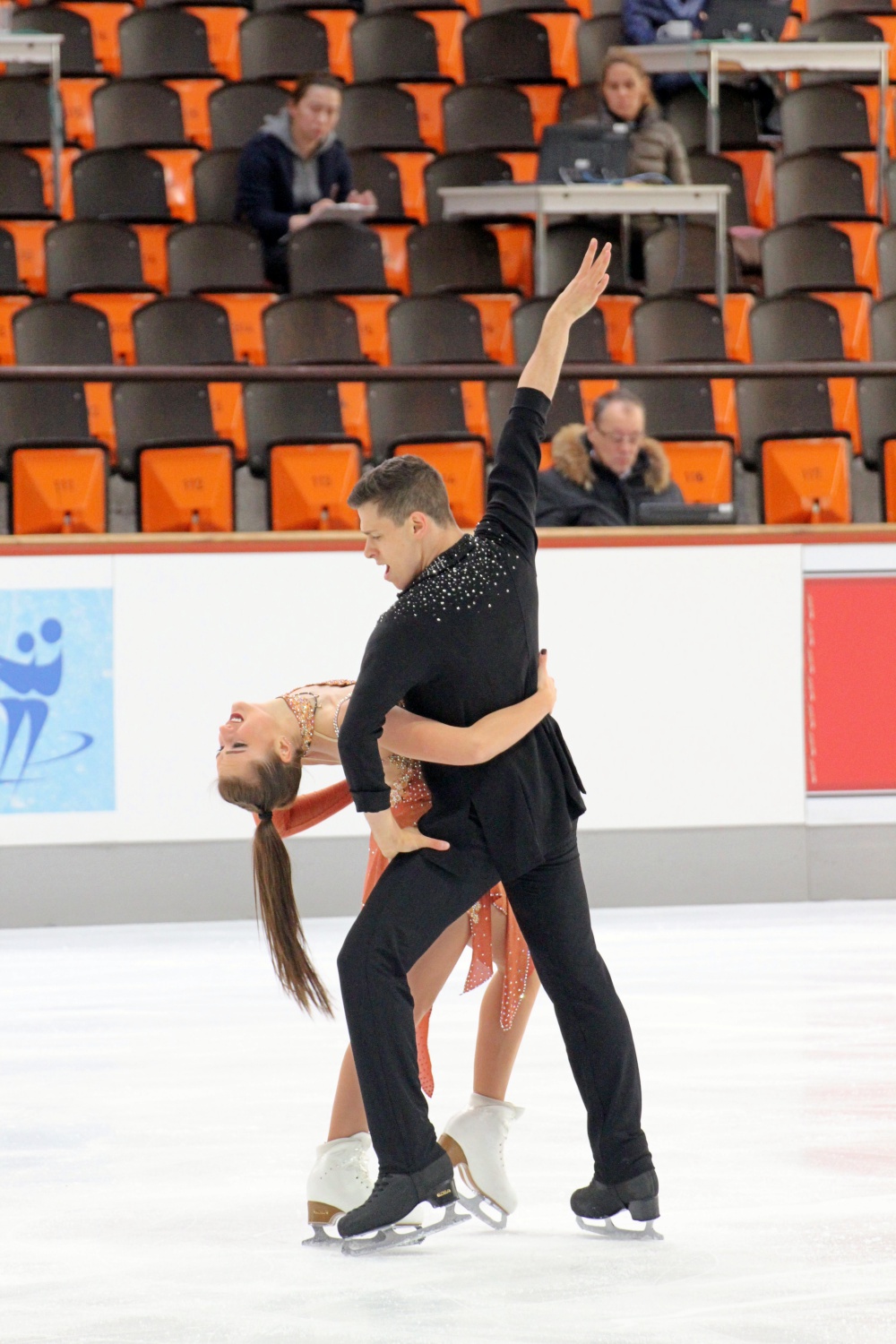 Galyeta & Brown were one of the weaker teams and definitely too slow for the last fast part of their program. 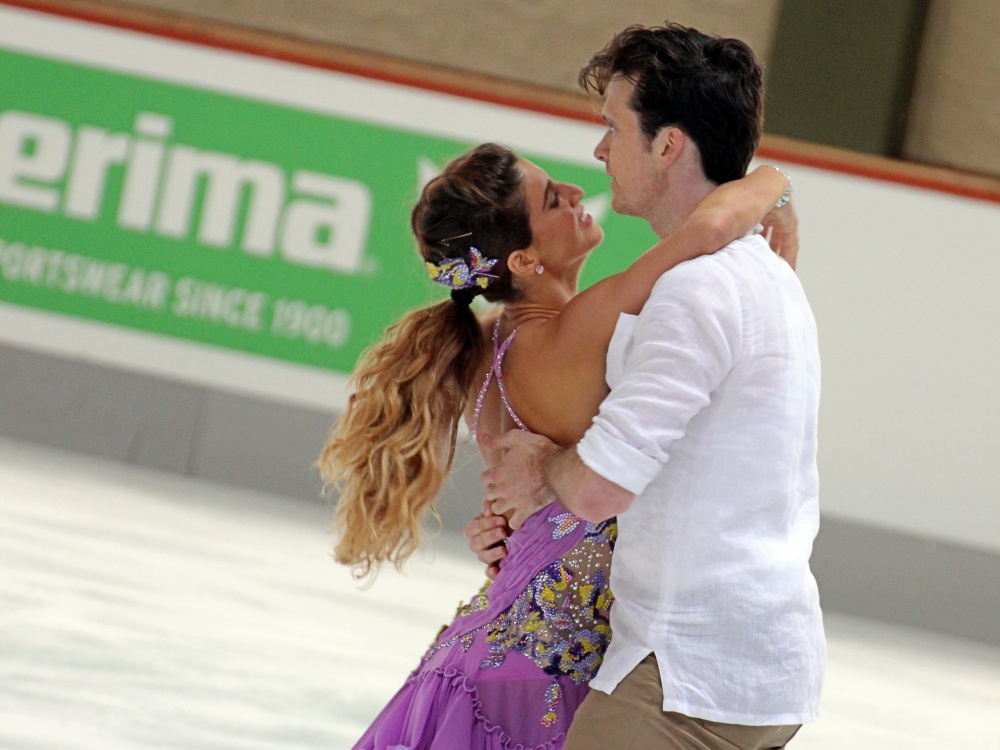 I liked Garabedian & Proulx-Senecal from Armenia/Canada. And doesn’t she have the most gorgeous hair ever?!

Törn & Partanen look totally un-Finnish with their dark hair. I found them a bit slow for the last part of their music but they received a good placement after the SD, anyway.

Mansour & Ceska have a very quick style and I loved them. She’s tiny which makes their lifts spectacular. I also really liked their expressiveness.

I somehow ended up without any notes for Reed & Ambrulevicius. But I think I can remember enjoying their SD. 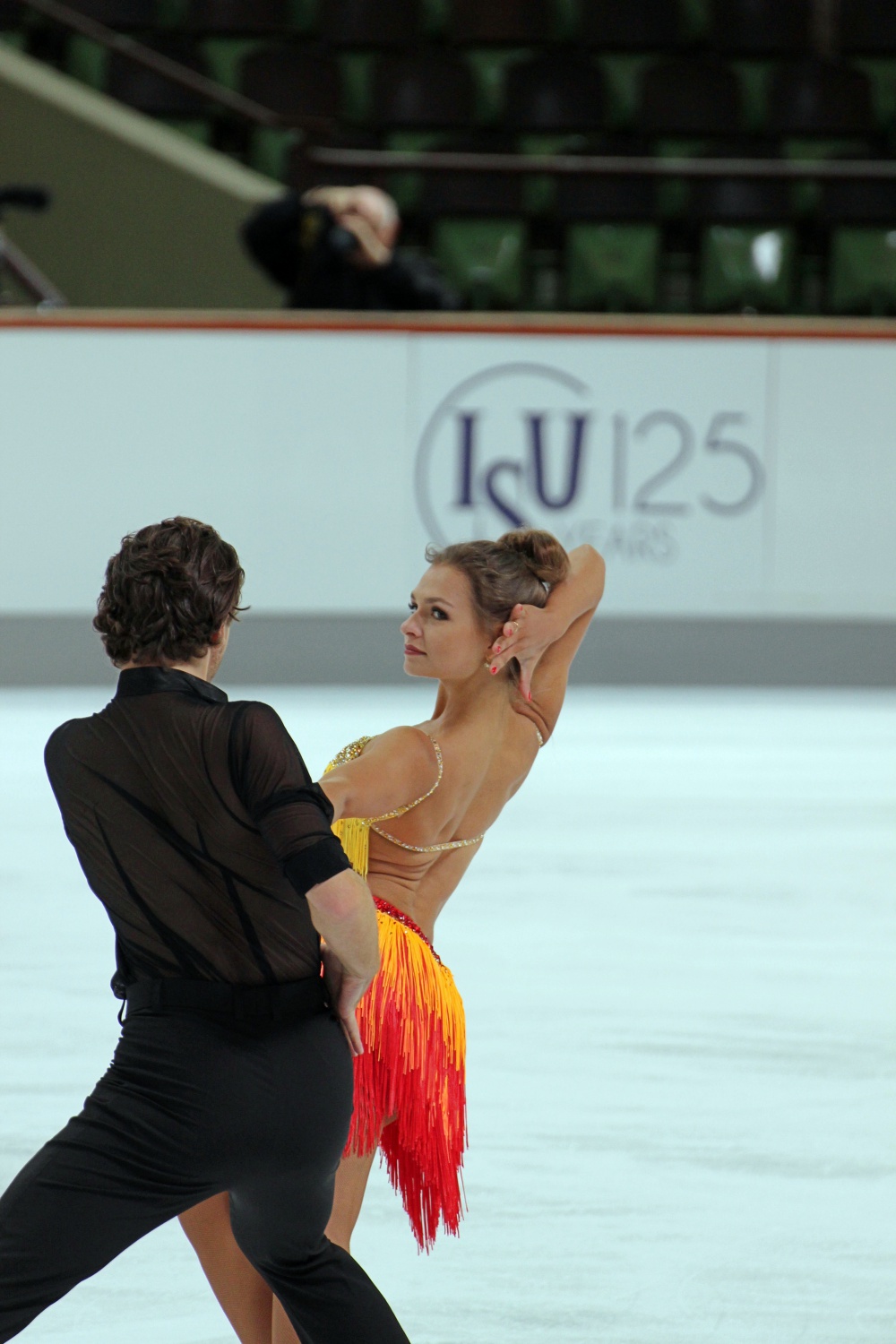 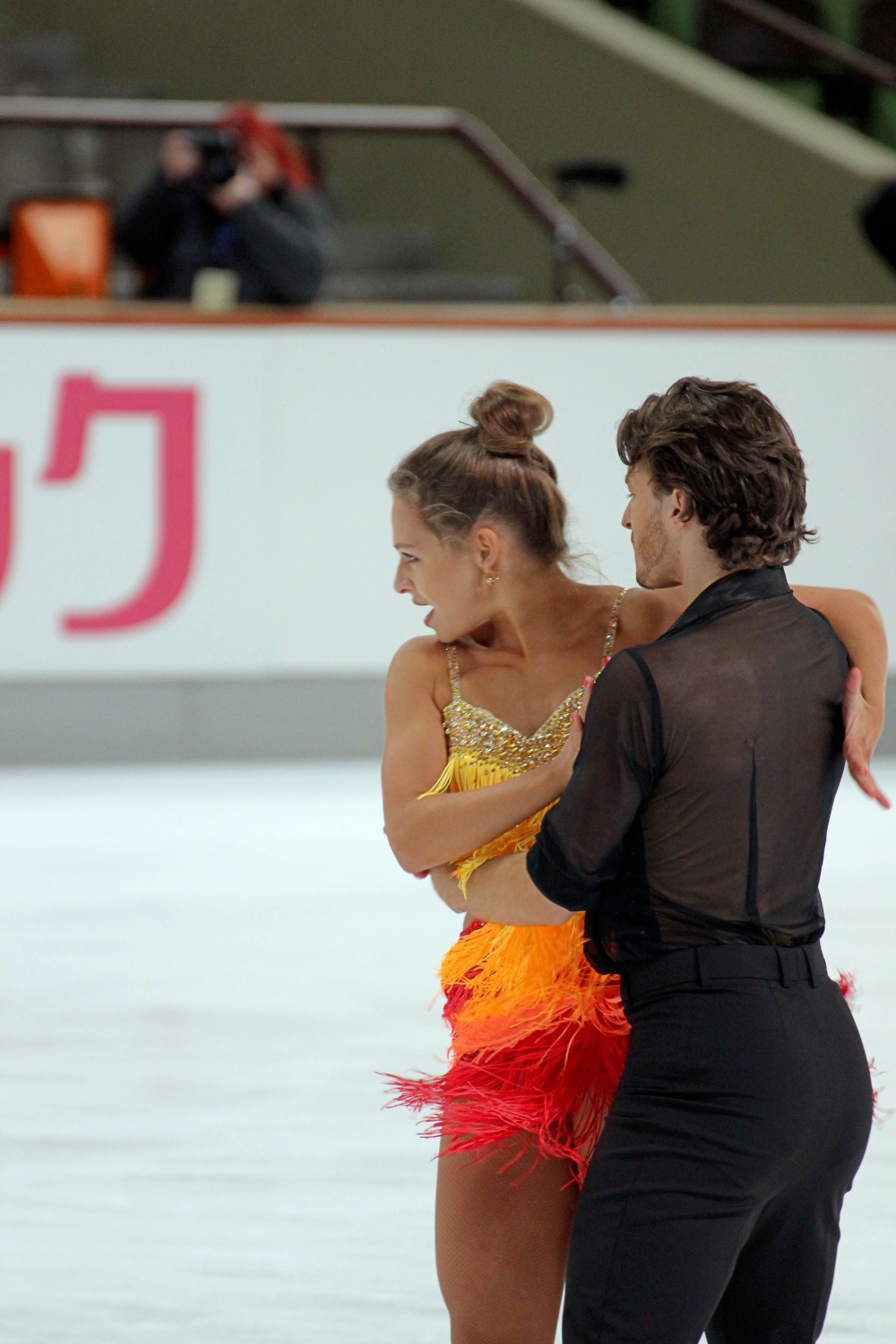 Lorenz & Polizoakis were not just greeted by the inevitable German drummer but also by some cow bells. I liked the fast part of their SD better than the slow one. It looked to me like they spent a lot of concentration on the twizzles. Overall, they looked much more determined and also polished than during last year’s Nebelhorn Trophy.

Yuri Bieliaiev is super tall and I had this picture of a former, super tall pairs skater from Russia in front of my inner eye. I admit it, I had to google his name (my ability to save random skating trivia isn’t as good as it used to be): it’s Andrei Chuvilaev. Kavaliova & Bieliaiev gave it all expression-wise but had a labored technique.

I would put this SD in the „positive surprise category“ as I had much more fun than expected. It even motivated me to watch the FD…